This story was posted 4 years ago
in Cricket, Politics, PRESS RELEASE
5 min. read

The following statement is issued by the Vice-Chancellor of The University of the West Indies, Professor Sir Hilary Beckles.

The West Indian nation stands proud against the debilitating history from which it has emerged and continues to erupt with the inevitability of its dignified independence. But nowhere is this flight from the past and fight for the future more obvious and critical than in the field of cricket.

It is here in the Test arena that our fall from the status of awesome to awful represents the most dramatic and threatening experience in our collective cultural endeavour. For this reason, our political leaders have expressed their right to rise to the responsibility of contributing to the restoration of public decency and sustainability in the affairs of our proud cricket nation.

It is impatient of debate that heads of governments have a duty to facilitate an enabling environment within which our greatest cultural achievement as a people — the honour and privilege of leading the world in the excellence of Test cricket. They are duty bound by the imperative of political best practice to intervene in the affairs of this heritage with a view to protecting and promoting it for the benefit of future generations.

It is obvious to all, at home and abroad, that the governance of West Indian cricket has reached a perilous state, and that the place where there was once universal respect is now riddled with ridicule. After two decades of performance decline, efforts to chart a path of resilience and recovery have failed. The evidence of obvious failure emanates from the system of governance and accountability that has let down the community of cricketers and the wider society.

It would be a dereliction of duty if governments were to sit passively and allow the public good, that is cricket culture, to be further diminished and destroyed. West Indians have made their greatest single cultural investment in cricket, and governments are duty-bound to protect this investment and assure appropriate returns.

The current system of governance and accountability is not fit for purpose. It is dysfunctional at the management and operational levels and is in urgent need of reform. Without an appropriate and urgent intervention, the culture of cricket will continue to wither on the vine and die as an element of excellence in Caribbean civilisation.

The Patterson Report remains the place of necessary intervention. Cricket officials have consistently alluded to the general acceptance of its recommendation. This is in part correct. But where officials have rejected the core of the report, is with respect to the accountability of the President and the board to stakeholders.

In my term of service at the WICB, in which I was charged with assisting President Julian Hunte with the design and establishment of a High Performance Centre, there was an acceptance of the core recommendation to establish a Stakeholders’ Council which would engage the President and his team. The board did not favour a Council that had authority over the President but one that was advisory. This was considered a good beginning and a compromise.

This recommended reform mirrors to some degree, the public governance of the public University of the West Indies, and the Caribbean Development Bank. The Vice-Chancellor of The UWI, who in effect is its President and CEO, reports annually to a modestly sized stakeholder Council chaired by a Chancellor who is ultimately answerable to the people of the West Indies for the good governance of their university. This system of accountability to stakeholders is a good method that assures acceptable levels of public reporting of the affairs of an institution that administers a public good. Indeed, the annual Vice-Chancellor’s report to Council is live-streamed.

The subsequent rejection of this vital recommendation, despite earlier agreement, has resulted in the worsening of the affairs of West Indian cricket. In every aspect, it has deteriorated in the eyes of the public and its stakeholders.

The President and his Board answer and report primarily to themselves. It is in effect a non-accountable entity. They must do better. I have no doubt that if the President was expected to report to a Council on his annual stewardship of the affairs of the peoples’ cricket the players’ walk out of the Indian tour, for example, and other management disasters, such as the unilateral retreat from the highly effective High Performance Centre, would have been mitigated or averted. The appointment of a few ‘independent directors’ has not altered the truth of this reality.

Direct interventions by governments in their roles as honest brokers of last resort are consistent with approved principles of popular democracy. The situation today is one of last resort: it is now or never. Caricom has been respectful of the International Cricket Council (ICC) in its request for a discourse. The ICC knows, and should be respectful of the fact, that West Indian cricketers rescued the dying Test game after the Second World War, and gave it a new performance culture that captured the global imagination. In the process, the celebrated West Indian brand was born and has generated a box office bonanza for five solid decades.

The depth of gratitude the ICC owes the West Indian people can be respected by an engagement in high-level discussions with West Indian governments. Their objective is not to manage West Indies cricket, but to resolve a crippling governance crisis that has driven a wedge between the people and the game they love, and for a century, invested all of what they possessed.

The ICC sits on a mountain that is filled with West Indian gold. It should therefore be mindful of the need to hear the West Indian case from the people and their governments. Caricom is not asking for any special dispensation. It is insisting that as the major financial stakeholder, there has to be internal restructuring using best practices that have long been upheld by the ICC itself.

This is a necessary beginning to end the standoff between cricket officials, community and governments. The present circumstance is not sustainable. Caricom has every right to expect from the ICC, a respectful level of gratitude and generosity. Through our governments, it must hear the voice of reason and the cry of the community.

The resolution of this crisis will be a magnificent West Indian test. If we, as a modern nation, cannot end this catastrophe we will have neither the resolve nor capacity to resolve any other, and there will be many.

Note: At the Caricom Heads of Government meeting in Haiti earlier this year, Prime Minister Keith Mitchell’s remarked, “West Indies Cricket is a regional public good, and must, therefore, be subject to a regulatory framework, recognising its public good character.” He also said that he “was heartened by the recommendations of the Prime Ministerial Sub-committee on cricket, which among other things, recognise that the public good nature of West indies cricket requires the forging of a governance framework that respects the rules and independence mandated by the ICC; but which also provides a proper framework for all stakeholders in the governance of West Indies Cricket.”

NOW Grenada is not responsible for the opinions, statements or media content presented by contributors. In case of abuse, click here to report.
Tags: caricomcrickethilary becklesiccpatterson report
Next Post 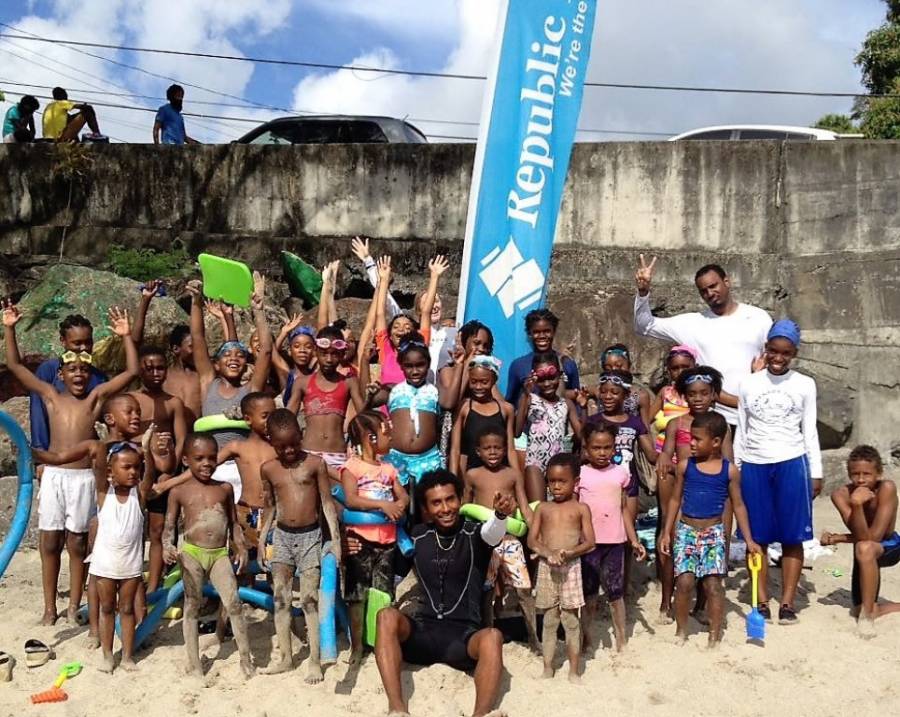