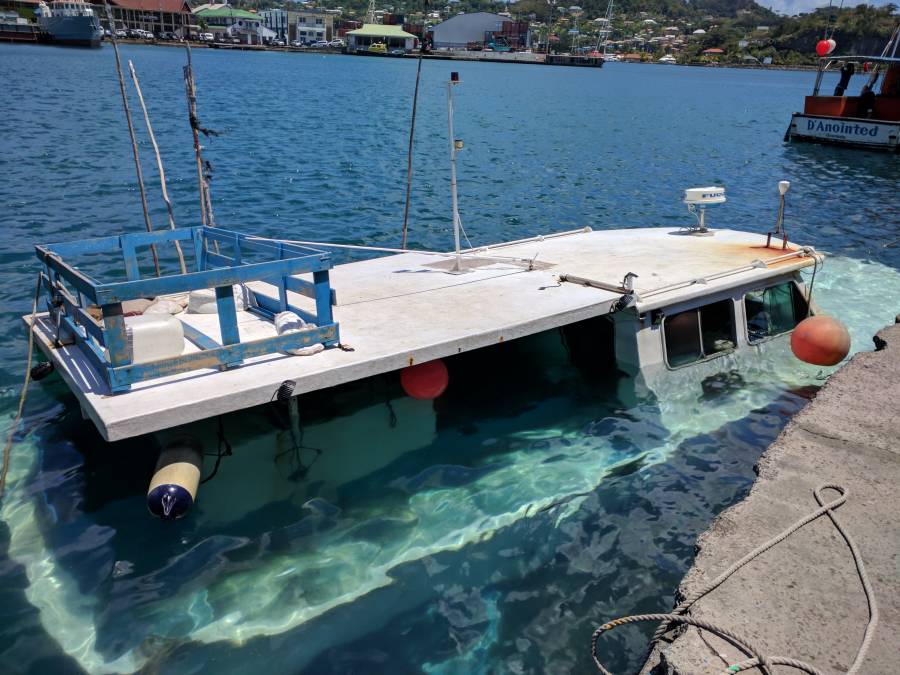 Fishing vessel sinks while docked on the Carenage

Fishing vessel sinks while docked on the Carenage

An engine room leak forced a captain to abandon ship on Saturday morning while docked at the Carenage. The crew of fishing vessel Tuna Kid were alerted to something wrong with the vessel, as they were preparing for departure to sea. According to boat captain Acton Antoine, his efforts to save the boat from sinking proved futile, and he had to salvage some items before making his escape quickly.

“It seems that the baitwell sprang a leak and by the time I jumped down into the engine room to lock off the seacock it was too late. The boat began to take on more water, so I had to escape.”

Antione, better known as “Bow” said despite incurring losses estimated more than $30,000 he is grateful that he and his crew were not out at sea at the time of the incident. “I had $4,000 – $5,000 worth of items including food items, ice for the fish and diesel onboard now lost. I was able to salvage some equipment, but it is estimated that the cost to repair the damage is in excess of $30,000.”

The vessel remains submerged at the Carenage while the captain awaits assistance from the Royal Grenada Police Force. “Right now, Marshalls is coming to help us by lifting it out the water, and the fire truck is expected to pump out the water.”

While the cost of the likely damage weighs heavy on his mind, the captain hopes the vessel can be restored as soon as possible. 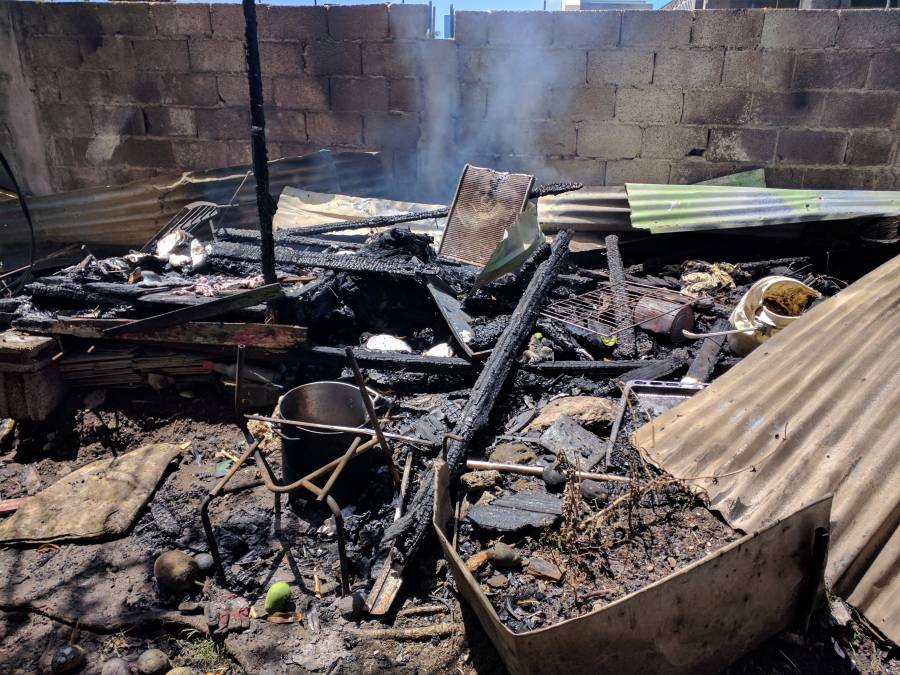