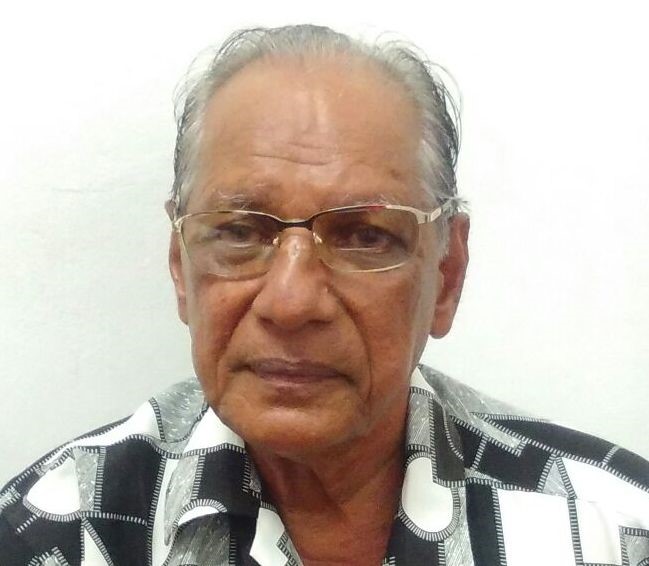 Two Guyanese nationals who were recently charged with possession and trafficking of cocaine were on Thursday fined thousands to be paid on the spot or spend 3 years in jail.

Guyanese national Haniff Bacchus of Georgetown, a retired construction worker appeared at the St George’s Magistrate’s Court on Thursday, 24 May for sentencing, after he earlier pled guilty to the charges. Three kilos of cocaine were found in his wheelchair at the Maurice Bishop International Airport (MBIA) on Saturday, 5 May.

The 72-year old was fined EC$50,000 to be paid on the spot or spend 3 years in jail. The elderly man who claimed he was wheelchair-bound, was vacationing by himself for 2 weeks and was nabbed by police after a search of his motorised wheelchair revealed the drugs hidden under the chair seat.

At the time of the discovery he was waiting to board a flight to Toronto.

Also fined was 47-year old Derrick Patterson who was charged with trafficking of 2.325 kilos of cocaine with a street value of $232,500. Patterson was visiting the island at the time of his arrest. The drug was found in a vehicle which he was driving. He pleaded guilty to the summary charge and was fined EC$75,000 to be paid on the spot or spend 3 years in jail.

Patterson is the brother of Guyana’s Minister of Public Infrastructure, David Patterson. In a statement following his brother’s arrest, the minister stated that the family was shocked and deeply distressed at the arrest. “Our position is that Derrick is a mature adult of 47 years and he must bear full responsibility for the consequences of his actions. Neither I nor any other member of my family can take responsibility for his own, deliberate actions.”

Both men are said to be sourcing the fine money, and once the fines are paid, they will be deported from the island.

NOW Grenada is not responsible for the opinions, statements or media content presented by contributors. In case of abuse, click here to report.
Tags: cocainedeportedguyaneselinda straker
Next Post

Harry and Meghan’s wedding and reparations