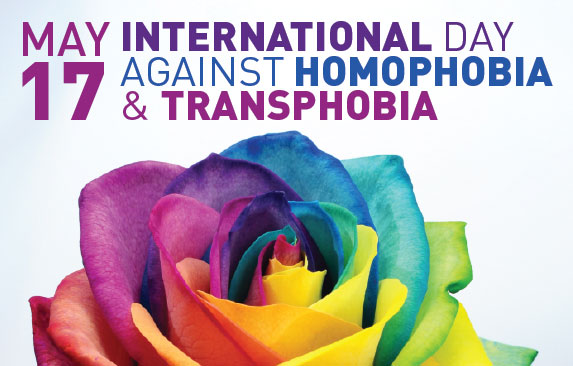 International Day Against Homophobia, Transphobia and Biphobia, 17 May 2018

International Day Against Homophobia, Transphobia and Biphobia, 17 May 2018

Declaration by the High Representative, Federica Mogherini, on behalf of the European Union on the occasion of the International Day Against Homophobia, Transphobia and Biphobia, 17 May 2018

On the occasion of the International Day against Homophobia, Transphobia and Biphobia, the European Union reaffirms its commitment to combat all forms of discrimination and hate crime, on the grounds of sexual orientation, gender identity and sex characteristics, and to continue to actively promote and protect the human rights of lesbian, gay, bisexual, transgender and intersex (LGBTI) persons.

Inside and outside the European Union, LGBTI persons are too often targets of violence and hate crime. They are still the frequent subject of discrimination and maltreatment on the basis of their sexual orientation, gender identity or sex characteristics. In many countries having a partner of the same sex remains a crime. People are arrested, imprisoned, and in some cases executed, just because of the relationship they are in. Even in countries with legal protection of sexual orientation, stigmatisation due to homophobia, transphobia and biphobia remains high, leading to social exclusion with economic and health-related costs on societies.

2018 is an important year for human rights, as we mark the 70th Anniversary of the Universal Declaration of Human Rights. Its first article reads “all human beings are born free and equal in dignity and rights.” LGBTI persons are no exception, and the EU will therefore continue to fight for “equal rights for all” regardless of sexual orientation.

NOW Grenada is not responsible for the opinions, statements or media content presented by contributors. In case of abuse, click here to report.
Tags: discriminationeuropean uniongayhomophobiahuman rightsidaholgbtistigma
Next Post