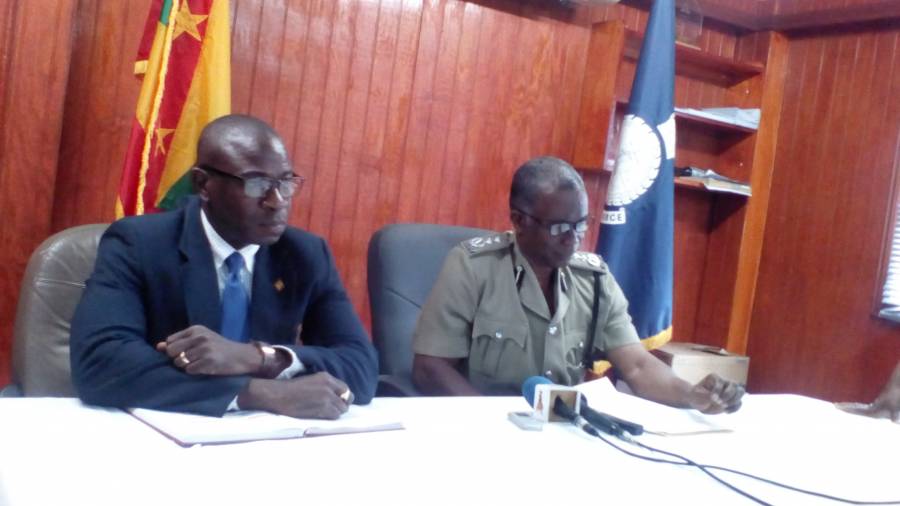 As part of its efforts to assist them with solving some recent gun-related crimes, the police in Grenada urges the public to come forward with any information they believe can lead to a breakthrough in the matters that are responsible for 2 deaths and 3 from suffering life-threatening injuries.

“We believe that there is information out there to help us solve those murders. We the public are aware of information that can help us solve these matters,” said Earl Dunbar, Superintendent of Police in charge of the Criminal Investigating Department (CID).

“There must be one police officer whom you trust to share information to help us,” he said in response to concerns that members of the public may not trust the police with confidential information.

Trevor Modeste, Assistant Commissioner of Police in charge of crime, said that between the period 16 March to 20 May, there were 8 serious gun crimes, which is a 300% increase when compared to the 2017 data in which there were only 2 gun-related crimes for the entire year. Of the 8 crimes, 4 were investigated, and charges laid, while 4 remain under investigations. Persons were detained and questioned, but no charges were laid.

“For the whole of 2017 we only had 2 incidents,” said Modeste, who admits that the police are yet to analyse what is the reason for the increase. “We have no clear reason, but if people have weapons they are going to use them,” he said while admitting that most of the guns are linked to drug-related matters, and some of these guns were traced to other Caricom territories and the USA.

Dunbar said that though the guns are traced to regional and other territories, the gun-related incidents investigations have revealed that foreign nationals are not involved in the crimes. “There is nothing to suggest thus far that the crimes involve foreign nationals,” he said.

NOW Grenada is not responsible for the opinions, statements or media content presented by contributors. In case of abuse, click here to report.
Tags: crimegunlinda straker
Next Post