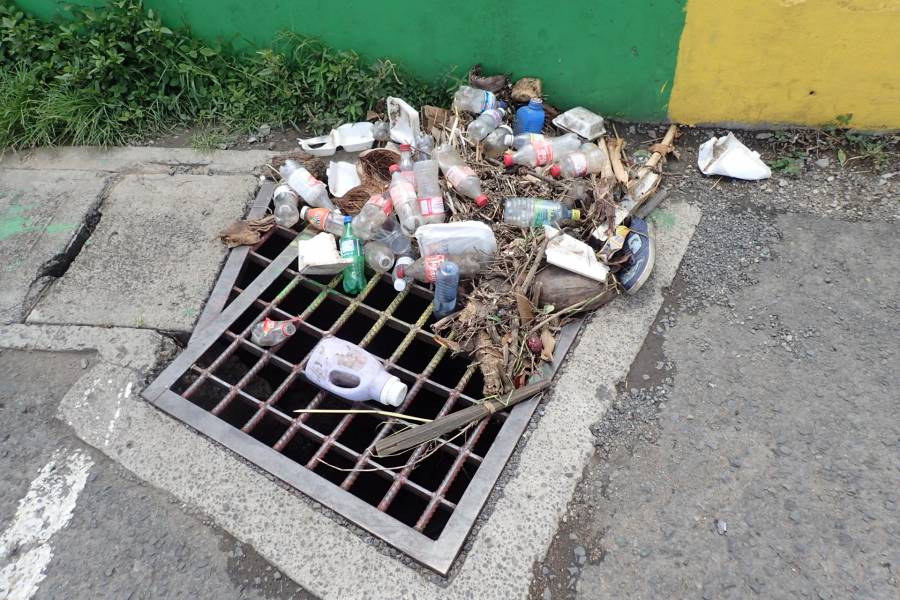 This story was posted 4 years ago
in Environment, OPINION/COMMENTARY
2 min. read

Plastic is mouldable, inert, light and cheap. But we rely on it too much and value it too little, regarding it as disposable. The planet is being buried under a mountain of plastic. 8.3 billion tonnes were produced between the 1950s and 2015, and it’s still with us.

Once we marvelled at plastic’s durability; now we lament the centuries it takes to decompose. The impact on our oceans, our landscapes and our wildlife is undeniable. But the rate of production is accelerating: we have made roughly as much plastic since 2000 as we did in all the 60+ years before.

Microplastic contamination has been found in tap and bottled water samples from around the world. Tiny pieces of plastic have been found in seafood, and even in honey. Visible marine plastic kills birds, turtles, and a great deal else.

Minute nanoparticles can penetrate our organs. Microplastics attract bacteria found in sewage, and also toxic chemicals which they release into the bodies of wild animals. There is no reason to imagine that humans are immune. Plastic is toxic, and the ocean, with an estimated 5 trillion pieces of floating plastic, should not be a dumping ground, though 8 million tonnes of plastic enter the ocean every year.

Other countries have introduced deposit return schemes for drinks containers. Supermarket plastic bags are taxed, so that in Denmark, only 4 bags per person per year are used. In Ireland, usage has dropped by 90%. In Ruanda and Kenya, single use plastic has been banned altogether. Grenada will shortly ban the import of Styrofoam and supermarket single-use bags. We have to limit our use of plastic – our lives depend on it!

Change has to start in the minds of the people – YOU can refuse unnecessary plastic bags; take your own bags when shopping; insist on cardboard, not Styrofoam food containers; and do without drinking straws. Let us all make this an Environment Day’s Resolution – and stick to it.

NOW Grenada is not responsible for the opinions, statements or media content presented by contributors. In case of abuse, click here to report.
Tags: environment dayplasticstyrofoamsupermarket single-use bag
Next Post