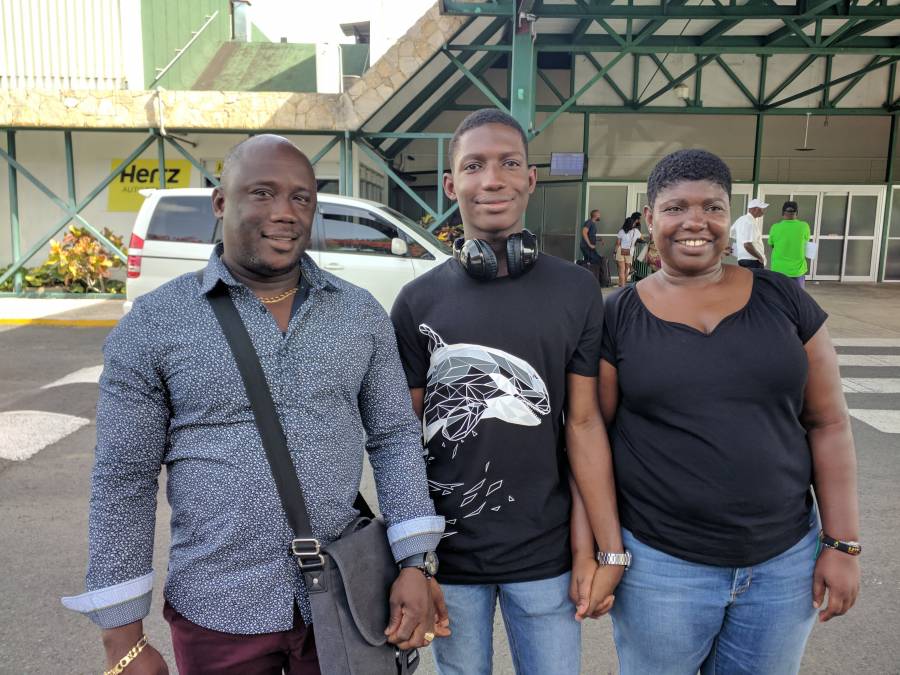 This story was posted 4 years ago
in Education, Technology, Youth
4 min. read

The GBSS student says despite not placing first, he is still proud of his accomplishments. “When I heard I place second, I was disappointed at first because I knew I did well in the other sections of the competition, but afterwards I accepted it and I feel extremely proud. In preparation, I only received the books purchased a few months after, so I didn’t have time to prepare but that was my biggest challenge, trying to study all the materials.”

De Gannes indicated that his future career path will encompass a number of areas including physics. “I am thinking to go into a career path involving physics, like engineering and particle physics but is it still quite early to decide.”

De Gannes’ mother, Cheryl Gibbs says she is her son’s biggest supporter and knew that he would do well in the competition. “I am not saying this because I am his mother, but I honestly believe that he won, because coming from a small island as Grenada and competing with countries with more resources I think he did exceptionally well and I am so proud of him.”

Gibbs says she will not be attempting to force De Gannes into pursuing medicine despite him having the ability to excel in that area. She believes the ultimate choice rests with her son. “We try not to put any pressure on him and he has not committed to a career as yet and I am not going to push him into medicine. But my advice to him is to do something that he loves so much that he will do it for free, and when that time comes we will support him in whatever career he decides upon.”

De Gannes’ coach Precilla Barry, who is also his biology teacher at the Grenada Boys Secondary School (GBSS), said it was quite a journey leading up to the finals, as she was tasked to prepare the team. “First, we had to prepare for the zonal competition with other secondary schools and my students were very committed. Eventually we were able to emerge winner of approximately 6-7 secondary schools and thereafter we had to represent Grenada. So, knowing that we place second, we were extremely happy and lost for words.”

Grenada is the only Caribbean island that has taken part in the International Brain Bee Championship. Brain Bee representative, Pastor Stanford Simon says going forward there will be an effort to invite other islands to compete. “The closest Grenada has gotten in the competition was 6th place in a particular section of the competition. Grenada is the only country in the Caribbean and South America that is part of Brian Bee; matter of fact they have now asked us to see if we can reach out to other islands to compete.”

Each year Pastor Simon said the competition costs over $155,000 to produce and is calling on the business community to come on board in and assist financially. “It costs us over a $155,000 every year and the St George’s University continues to play its part. But the local business community should come on board because if we are going to think about the future of our children there must be some money put aside to help Brain Bee achieve what we want to achieve for our children’s sake.”

The international championship which took place from 5-9 July was founded in 1988 by Dr Norbert Myslinski, in response to an increase in neurological diseases. Dr Myslinski created the programme in the hope that it would inspire young men and women to learn about the brain, and eventually pursue careers in neuroscience.