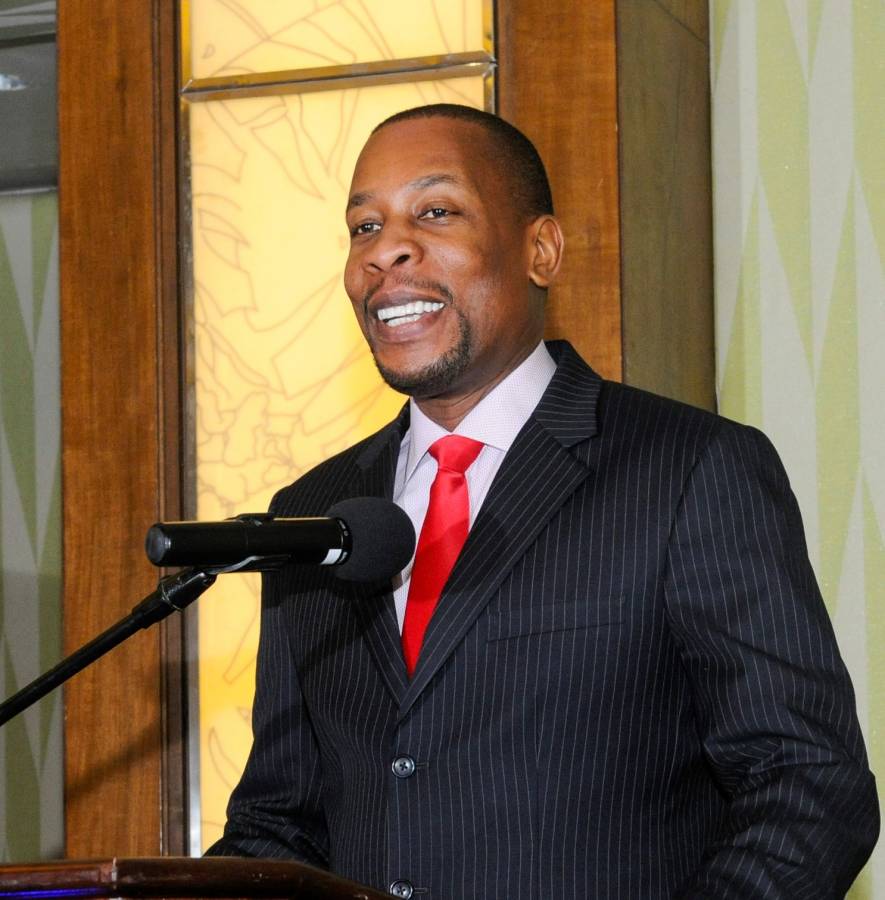 The Caribbean Catastrophe Risk Insurance Facility (CCRIF SPC) is pleased to announce the appointment of Timothy Antoine as Chairman of CCRIF SPC, effective 1 July, for a 3-year term. Antoine succeeds Milo Pearson who chaired CCRIF’s board from its inception in 2007 and has now retired.

At a recent function hosted by CCRIF SPC to honour outgoing chairman Pearson, Antoine said, I thank Milo Pearson, our longstanding chairman, for his sterling service to CCRIF and extend best wishes to him in his well-earned retirement. I look forward to working with my fellow board members and our CEO, in this new capacity, as together we take CCRIF into its second decade and increase its impact on improving disaster risk management and building resilience in our region.”

During Pearson’s tenure as chairman, CCRIF has been internationally recognised and lauded as a global example and best practice for parametric insurance and country risk transfer. CCRIF has increased its product offerings from 2 to 3 adding an excess rainfall product to its original offerings of tropical cyclone and earthquake; expanded into Central America; and increased membership from the original 16 Caribbean members to 19 members with one member from Central America.

CCRIF continues to fulfil its mandate to provide quick liquidity to member governments after catastrophic events. Over the past 11 years, the Facility has made 36 payouts totalling US$130.5 million to 13-member governments, all within 14 days of the event. Importantly, CCRIF SPC continues to maintain its financial solvency and long-term sustainability even after payouts of US$62 million during the 2017 Atlantic Hurricane Season.

Antoine is the Governor of the Eastern Caribbean Central Bank (ECCB). Prior to his current position, Antoine was the Permanent Secretary in Grenada’s Finance Ministry for 14 years. From 2005 to 2007, Antoine served as an advisor to the Executive Director for Canada, Ireland and the Caribbean at the World Bank, working on behalf of the Caribbean, and played a significant role in the establishment of CCRIF in 2007. He has been a Caricom appointed member of the CCRIF Board since 2014.

During the new chairman’s tenure, CCRIF will place a strong focus on scaling up the facility. This focus has been given added impetus as governments and citizens in the region have witnessed first-hand the impacts of extreme geophysical and climate events – most notably Hurricanes Matthew, Irma and Maria in the past two years – and have been encouraged by CCRIF’s rapid response and payouts.

CCRIF’s new strategic plan for 2018-2021 will focus on scaling up, which will include, among other initiatives, the introduction of new products for drought, fisheries, agriculture, and other sectors where insurance coverage against natural hazards is not readily available. Of course, the facility will continue to stay true to its core business of providing affordable parametric insurance products and quick payouts to members when their policies are triggered.

The Board of Directors works closely with CCRIF’s Chief Executive Officer, Isaac Anthony, who has successfully managed the operation of CCRIF and its team of service providers since 2013.

NOW Grenada is not responsible for the opinions, statements or media content presented by contributors. In case of abuse, click here to report.
Tags: caribbean catastrophe risk insurance facilitytimothy antoine
Next Post

A&B, Grenada to hold referendum on link to Caribbean Court of Justice