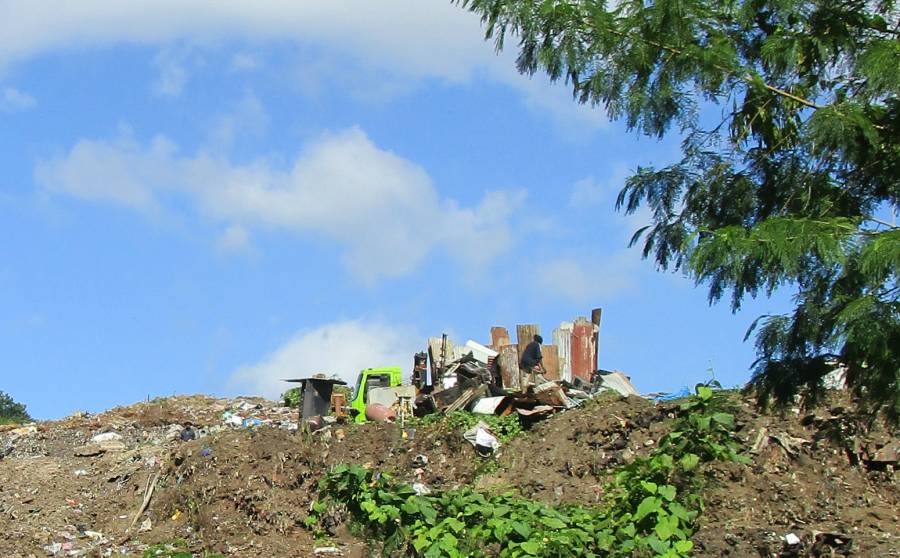 This story was posted 3 years ago
in Environment, Technology, Video
4 min. read
Share

Under the project funded by the Caribbean Development Bank, a new landfill was expected to be found to divert waste away from the Perseverance landfill. Senior Public Relations Officer of the GSWMA Myrna Julien, “As part of the project is the citing for a new facility and so far, it’s not showing up any results. Using the process of elimination, for example, we are looking to locate a facility that is away from the population, from schools, near water sources and not to close to the coastal area… which is not showing up any results that is positive at this time so it would appear that we are limited to Perseverance. We are trying to access lands in that area to see how best we can keep our operations at the facility.”

Household/domestic waste continues to be the largest (48.7%) category of the total waste stream arriving at Perseverance, followed by papers and plastic.

Julien said these figures are cause for concern, hence the reason this project is so important. She said major components in the upgrade of the existing facility at Perseverance, is to first secure additional land space to accommodate the high volume of waste coupled with systems in place to compost and prepare recyclable waste to be shipped off island.

“It is our hope that with the reconstruction process, the design that is being looked at we would try to do as much as possible to divert waste from the facility. The other waste types, we would be looking at a feasibility study for composting in this we hope would put a dent in the quantity of organic waste going into the landfill and reduce that significantly. So we would be looking at commercial waste diversion through diversion initiative for other waste types like cardboard and metal waste, of course. The intention is also to upgrade the facility for preparing recyclable waste to be shipped off the island.”

Another major concern for the authority is the influx of used vehicle tyres constantly being dumped at the facility which puts added strain on the authority to manage such large volumes.

According to data collected by the GSWMA, approximately 17,033 segregated motor vehicle tyres were delivered to the disposal site during 2017. This figure represents a decrease of 36% over 2016 figures of 26,575 tyres.

Julien said this works out to approximately 3,000 tyres per month being dumped at the facility. “We have a number of tyre dealers who bring in used tyres, and that is presenting quite a challenge for us, we have approximately 3,000 tyres coming to the landfill per month, and that is quite a lot. Now we have a shredder, but that is just one component of it. What do we do with the number of shredded tyres? So we went a bit further and purchased a machine which will remove the metal from the tyres so that we would be able to stockpile the rubber, so that we will be able to ship out because that too is putting a strain on the facility, because we had not expected such huge quantity.”

About used tyres, Julien said, “We would prefer that dealers engaged in the importation of used tyres to think a little bit more in terms of the waste that is being imported. The life expectancy of used tyres is not as good as new tyres, and for the motoring public we would like them to think in terms of the option of purchasing the new tyres as opposed to the used tyres.”

The number of derelict vehicles brought to the site coupled with those left on the side of the road are also a major cause for concern. “The problem of derelict vehicles and disposal is a serious problem at the landfill. We are involved in the crushing of vehicles and other metals, but when you look around our communities, you see the huge quantities of vehicles that are abandoned on the roadside and this also has a health risk associated with that.”

US$10.7 million was made available by the Caribbean Development Bank (CDB) to finance a project with an additional US$300,000 to finance the institutional strengthening of the authority.

Urgent notice to all jurors summoned to appear before the judge