This story was posted 3 years ago
in Health, Youth
4 min. read 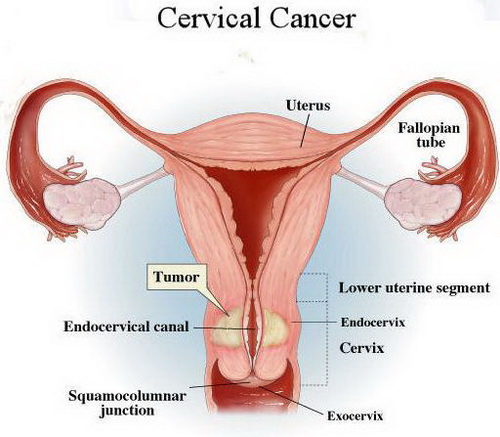 Cervical cancer accounted for 9 recorded deaths in Grenada in 2017, making this the highest number of deaths since 2001. Although this figure may seem small in comparison to other countries, the fact that this form of cancer is preventable is all the more reason why the Ministry of Health is embarking upon a comprehensive approach to cervical cancer prevention through its school-based approach to immunisation.

A human papillomavirus (HPV) vaccine called Gardasil will be introduced in primary schools and will target young girls ages 9 to 10, an appropriate age that is recommended for increased immune response. It will provide protection against 4 types of HPV which are known to cause cancer of the cervix, vulva, vagina, penis and anus. HPV can also cause cancer in the back of the throat, including the base of the tongue and tonsils – called oropharyngeal cancer.

Grenada has an active immunisation campaign against 9 immunisable diseases, making the human papillomavirus (HPV) vaccine its 10th. The HPV vaccine is not new to Grenada, as it has already been introduced in the private health sector. As with the all other vaccines, this vaccine will be included under the Expanded Programme on Immunization, to guide healthcare workers and the public, to achieve over 95% coverage.

Public Health Nurse with responsibility for immunisation, Kathy-Ann George-Swan, said “With all our vaccines, they are a part of our immunisation schedule, so this is something that will guide people as to what age the child is required to get the vaccine… the more people that we protect, therefore means that we, 20 years down the line, we have a fighting chance of eradicating cervical cancer.”

“We do anticipate some resistance about the vaccine, and as such we are conducting numerous awareness programs so that the public is fully informed and can therefore make an informed decision.” If a parent does not want his or her child to be vaccinated, there is a protocol to be followed under the public health immunization act, which makes provisions for medical and religious grounds.

The immunisation campaign will be done through a school-based approach that has already seen results in many developing countries. “If we use that approach we would be able to develop this closer relationship with the schools, and they can help to educate the parents and the children about the vaccine and can help to dispel some myths and concerns that parents may have regarding the vaccine,” said George-Swan.

As part of its Strengthening Cervical Cancer Prevention Programme, the Ministry of Health engaged members of the media on Monday on their role as partners in this campaign, to effectively sensitise the public on this new vaccine.

Like many other vaccines and medications, research has shown that the HPV vaccines can cause side effects with the most common ones being dizziness, fainting, nausea and headache.

The Ministry of Health is expected to launch its immunisation programme for cervical cancer in October. The administering of the vaccine will commence the following month. Girls ages 9 to 10 are required to have 2 doses before their 15th birthday, with the second dose given 6 to 12 months after the first dose. Children receiving 2 doses less than 5 months apart will require a 3rd dose of HPV vaccine.

Senior Medical Officer for chronic diseases, Sonia Nixon, says the benefits of HPV vaccination far outweigh any potential risk of side effects. “That vaccine has proven to be safe and it would be given to our girls between the ages 9 to 11 and that we anticipate the support of the media to explain to the population why this must be done. We know that it prevents cancer and that everybody who has had cervical cancer actually is infected with the HPV.”