This story was posted 4 years ago
in OPINION/COMMENTARY
7 min. read

Topic: “Will joining the Caribbean appellate Court of Justice (CCJ) in 2018, provide a timely and better quality of local justice dispensation in Grenada, Carriacou and Petite Martinique to the ordinary citizen; compared to the unacceptable deliverables of what exist at present?”

The Judicial committee of the Privy Council was established as Grenada’s final court of appeal during the period of colonialism. However since the end of the colonial period some of the former British colonies severed ties with the Privy Council and established their local final courts of appeal. Grenada however has remained with the Privy Council until now. As we move closer to the 6 November referendum, the debate continues in ‘the court of public opinion.’ While some argue that there are some benefits to be derived as a member of the Caribbean Court of Justice (CCJ) and therefore we need to embrace the CCJ as our final appellate court, others are of the view that we are rushing into something for which we are not prepared and we need to slow down and think it over.

Attorney General and chairman of the advisory committee of the CCJ, Sir Lawrence Joseph, in a national public consultation at the Grenada Trade Centre on Wednesday, 29 August 2018 said that it is time to break the chains of colonialism. He also reiterated in a radio programme that joining the CCJ at this time is the ideal opportunity to ‘break the chain of attachment to colonialism.’ Sir Lawrence Joseph also assured Grenadians that the country is ready to take this step by explaining that “in accordance with the legal requirement of the constitution, the bill to make the CCJ the final court of appeal was already laid in the parliament earlier this year.” The main purpose of this bill, he explains, is to “amend the constitution to enable access to the CCJ as the final court of appeal instead of the United Kingdom based Privy Council.” It is also believed that having our own final appellate court will give us a sense of true independence.

Being part of the Caribbean Court of Justice promises to be beneficial to our Tri-island state as opposed to remaining in with the Privy Council as our final appellate court since it seeks to provide the Caribbean community with an impartial justice system that is accessible, fair, efficient, innovative, and built on jurisprudence reflective of our history. Francis Jacobs-Privy Counselor and former Advocate General of the European Court of Justice had this to say: “A supreme court of high caliber has been established in the Caribbean which would be able to develop a modern Caribbean jurisprudence in an international context. All possible steps should be taken to encourage the Caribbean to accept the jurisdiction of their own supreme court.”

Since the headquarters is based in Trinidad, we stand to benefit, since the cost of travel would be significantly reduced. Additionally, the court system allows e-filing which enables individuals to file matters at their convenience. Along with this, persons can use an electronic signature (in a specified format) which would remove the requirement for printing and signing specified documents before uploading and filing. This feature can be regarded as more timely since persons do not necessarily have to deliver documents in person before a case can be filed. Although the CCJ is located in Trinidad it sits as an itinerant tribunal and can sit temporarily in member countries as the need arises. One does not have to always go to the CCJ, the CCJ can come to you. Since part of the cost incurred is borne by the state it will be more accessible to our locals. Appeals to the CCJ can be made on special grounds. For example, as a poor person if your assets are under $5,000 you will not have to pay any fees to the court. This degree of leniency is not allowed in the Privy Council.

On the other hand, however, when one considers the meaning of the word timely, I do not agree that this is the best time to rush towards the CCJ. Firstly, although there has been some consultation, there have not been enough legal discussions, debates and academic research in Grenada and the wider region at a level that reaches the ordinary man, in order to build the trust needed for citizens to fully understand and embrace the CCJ and what it stands for. Large numbers of persons, especially the struggling working class citizens in many of the rural communities of Grenada are yet to experience any discussions targeting them specifically. After being out on the hustle all day trying to make ends meet, many persons lack the resources or the will to attend the consultations held and therefore greater efforts should be made to reach these persons because at present the CCJ is just a name to them.

Secondly, the issue of the quality of judges comes into play here. Do we really have sufficient judges of a satisfactory calibre here to oversee the business of the court when compared to what is offered by the Privy Council? While it can be argued that there are specialist and highly talented judges in the region, and this is true to a certain extent, most are attached to the Human Resource department of the University of the West Indies law faculty (Francis, J. 2015), and to remove them to serve on the CCJ will be doing a great disservice to one of the regions premier institutions of learning. This problem can be solved by recruiting judges from other common-law jurisdictions to deal with different cases, but then the whole ‘independence’ argument becomes null and void.

Thirdly, we must focus on the question of readiness. Are we ready for the CCJ in 2018? Are the necessary structure/infrastructure in place to facilitate the functioning of the court. At this time of economic hardship and high unemployment are we prepared and able to do what is required of us in order to sustain the court. Although the need may not seem so great now, as more Caricom member states sign up the need for additional funding will also increase. At a time when our legal system face shortages of resources and trained staff members; when access to legal representation by the poor is seriously deficient and our plants are in a state of disrepair (Francis, J. 2015). Our High Court sits in a rodent infested building, according to attorney at law Anslem Clouden in a recent interview on GBN Television. Why are we pushing to throw resources at the court at a time like this when the very foundation of our system needs help?

Fourthly, one wonders: “why cut ourselves off from the source of our law and legal system which gives us the opportunity to benefit from, and contribute to, a shared pool of case law and keep in touch with a variety of legal systems? (Commonwealth Caribbean: Law and Legal Systems, 1999. Pg. 238). Francis, J. In his article: “This Privy Council Vs. CCJ thing: is it beneficial and are we ready (Sept.2015) states that it is widely believed that there will be indirect political interference on the CCJ, and that regional politicians would use this court to advance their own agendas, and this leaves an air of uncertainty among many persons within the region.

BBC Caribbean.com, September 2009, reported, “the political interference by several politicians is deplorable, hence, the reason for us to call for a stay of the Privy Council.” While we agree that a homegrown court should be ideal, we do not have the confidence that justice will be dispensed to people who are not party affiliated. Great Britain has a responsibility to police the disrespect given to the people of these small islands by vindictive Politicians through the local Justice system (Mourine Ramjeet, Florida USA). Additionally, according to Frederick Baron Mahaut of Dominica: “The experience of judicial appointments in our region is evidence enough that our democracies are not led by mature enough individuals to ensure that the openness and transparency required in appointing judges would exist. The treatment meted out to Sir Brian Alleyne simply because he ruled against the government of Grenada is enough testimony that our leaders are not mature enough to select our judges.”

Finally, we need to ask ourselves the question, is the present system under the Privy Council broken and ineffective? If not, why are we so desperate to fix it? To this point, apart from the fact that as an itinerant court it would be cheaper for litigants to access, I see no other ‘real’ benefits. There are no guarantees that under the CCJ we will see a better dispensation of justice, in fact, many fear the opposite (BBC Caribbean.com). The fact that only a few states have signed on so far, and islands such as Trinidad and Tobago, the headquarters of the CCJ, continues to hold on to the Privy Council, can be considered as proof that we are not ready for this move. 2018 is not the best time to join, and there is no proof it will provide a better quality of justice dispensation in Grenada, Carriacou and Petite Martinique.

NOW Grenada is not responsible for the opinions, statements or media content presented by contributors. In case of abuse, click here to report.
Tags: caribbean court of justicecarina blacheprivy counciltamccthe willie redhead foundation
Next Post 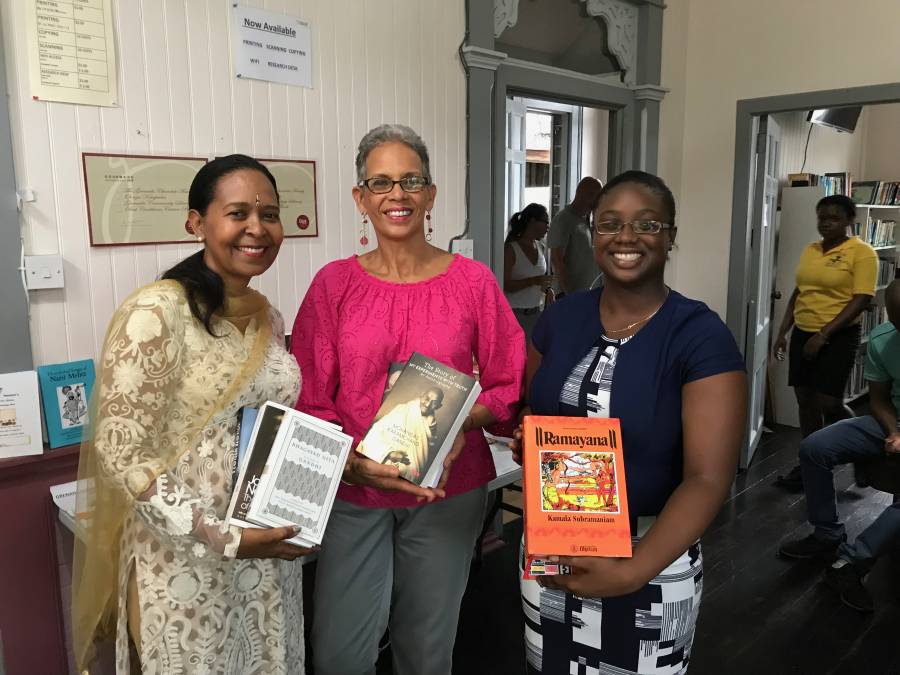