Fix the bill or the People will Vote “NO”

Fix the bill or the People will Vote “NO”

Whenever the referendum is held, 6 November or later if postponed, the question voters will be asked to answer “YES’ or “NO” to is: “Do you approve the bill for an Act proposing to alter the Constitution of Grenada cited as Constitution of Grenada (Caribbean Court of Justice and Renaming of Supreme Court (Amendment) Bill, 2018?”

How many people will honestly be able to answer “yes” to this question? It is important to note that people will not be asked: Do you want the CCJ to be Grenada’s final court of appeal? These are two very different questions.

The NDC is of the view that the bill proposed must be such that it rises to the level that entitles it to enjoy constitutional prominence; and that it sufficiently addresses the concerns Grenadians have in relation to the change of our final court of appeal. The NDC believes that Grenada should embrace the CCJ as our final appellate court, but we will not support the bill proposed as it now stands. Certain anomalies, omissions and deficiencies in the bill must first be addressed.

Firstly, most of our people express fear that if the CCJ is embraced as our final court of appeal, the independence of the judiciary will be at risk in that, the judges of the court will be vulnerable to political influence or pressure. This is a real and well-founded concern that the NDC believes the government and those promoting the bill have not sufficiently addressed either in the bill itself or in the “yes” campaign now on. The Agreement Establishing the CCJ was made by the Caricom Heads – politicians. The agreement does make a reasonably good attempt to insulate the court from political pressure, but the bill itself does not sufficiently address this issue. The NDC says the bill can still be improved to give the public more comfort that our highest court will be sufficiently insulated from political influence.

The bill does not offer the same protection to the judges of the CCJ in that, it does not propose to constitutionally provide for these matters in the same way. The way the bill is drafted, parliament, (the politicians) reserve the right to interfere with these matters once they have a two-thirds majority in Parliament. They will not require the involvement of the people through a referendum, unlike the case with the judges of the High Court and Court of Appeal. This is a glaring deficiency in the bill that the NDC says must be fixed before a vote is held.

Secondly, at present, to appeal as of right to the Privy Council, the subject matter of the dispute must be valued at $1,500 or more. Article XXV of the CCJ agreement sets the value at EC$25,000 for all contracting parties. The bill at section 9(5) tries to retain the $1,500 value, while at the same time incorporating the $25,000 provided for by the CCJ Agreement. This creates confusion because as it stands, the bill has 2 different values with none of the sections taking prominence. As far as the NDC is concerned, this is a substantial discrepancy that can easily be fixed with an amendment to the bill.

Fourthly, the Trade Unions’ Council has raised an issue which at the very minimum, the NDC says should be given some consideration before a vote is held on the bill. That is, section 37 of the Constitution should be amended to allow for the CCJ to be the final court of appeal in matters pertaining to the outcome of a general election. Presently, the final court of appeal for such matters is the Court of Appeal. There is merit to this suggestion and if it is not done now, to do it later, will require another referendum.

Those in charge seem hell-bent on proceeding with the vote on 6 November. There appears to be some magic to that date. In fact, Prime Minister Mitchell is reported to have told a gathering recently at Presentation Boys’ College, that this is an emergency and we must proceed at once. We ask, why the rush? What is this emergency? Is there some ulterior motive? The NDC will not abandon the interests of the people and co-operate with those in power to rush a referendum on the people when absolutely no explanation has been given as to why this mad haste. We will not support an amendment to our supreme law which is shown to be deficient. We say, postpone the referendum and fix the flawed bill.

We have waited 500 years to break the chains of colonialism, why can’t we wait another 6 months? That is perhaps the most time we will need to address the issues in the bill and the electoral system. We urge on all Grenadians if the referendum is on 6 November, VOTE “NO’! 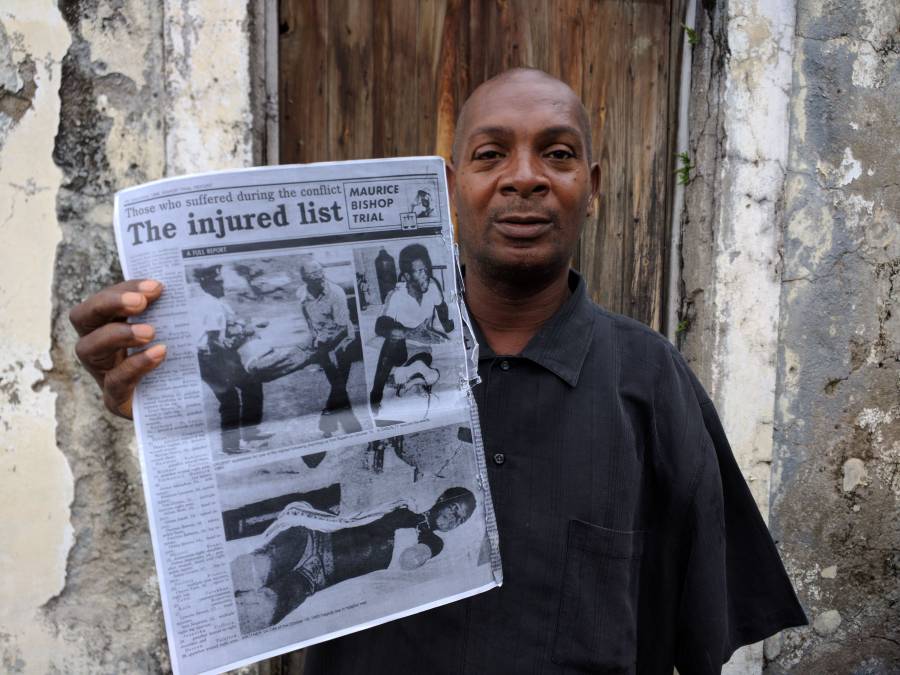