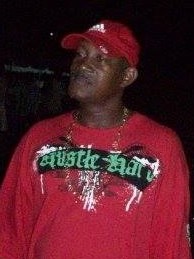 Police have charged 2 Spanish-speaking nationals along with a Grenadian businessman in the entertainment sector with a number of drugs-related and money laundering charges following an operation last Sunday that resulted in the seizure of a quantity of cocaine valued at more than EC$300,000.

On Sunday, 28 October 2018, police confiscated 3 kilos of cocaine in a vehicle in the Grand Etang area. The vehicle which is owned by a factory, also had two other Grenadian nationals. By Tuesday, police investigations lead to the charging of the first person – a Dominican Republic national with St Lucian citizenship.

Decauris Fransico Alberto, who is a supervisor at a factory located at the Frequent Industrial Estate was charged with trafficking in a controlled drug and possession of a controlled drug. He appeared before the court on Tuesday and was placed on EC$200,000 bail with 2 sureties. He had to surrender all travel documents.

On Thursday, Brenny Emeneria Drira Lopez, a Venezuelan national who is a poultry farmer in his homeland but was in Grenada residing on the Carenage was charged with money laundering and conspiracy to trafficking in a controlled drug. He was remanded to custody.

On Friday, the third person to charge with the cocaine drug bust was Daniel “Diego” Peters, a businessman from St Andrew. Peters appeared at the St George’s Court on Friday and was placed on EC$200,000 bail with three sureties. He will make his second court appearance on 9 November. His legal counsel is former magistrate Arly Gill.

The cocaine bust is one of many operations conducted by the Drug Squad of the police force in recent days that has resulted in the confiscating of illegal drugs worth millions of dollars and the charging of several persons with drug-related offences.

NOW Grenada is not responsible for the opinions, statements or media content presented by contributors. In case of abuse, click here to report.
Tags: cocainedaniel petersdrug squadlinda strakermoney launderingpolice
Next Post