The Government of Grenada has notified the Registrar of the Supreme Court that it is withdrawing its application for an injunction filed against the trade unions. The move is intended to facilitate the recommencement of the negotiations between government and the unions.

A government spokesman said the administration is confident that goodwill will prevail, so in effect, there should be no need for an injunction to stop a strike in the essential services, that it hopes will not take place.

At the time of this release, the union leaders were said to be considering the good-faith gesture.

The government had on the weekend filed an injunction against plans by the trade unions to bring out workers in the essential services.

The matter was due to be heard in court Sunday afternoon, but government lawyers asked the judge to have it put off to Wednesday.

On Monday, it was decided to withdraw it altogether to allow for likely mediation efforts to work.

“We have to find ways to be able to address the concerns of every interested party, while also safeguarding the interest of the nation as a whole, and the interest of every Grenadian, even beyond those represented by unions,” a spokesman for the Labour Department said.

The Keith Mitchell administration had announced its intention to restore pension for public sector workers after 35 years – but the 3 unions demanded a 25% gratuity payment upfront.

Government negotiators have indicated it could not afford the lump sum without cutting back on other areas.

NOW Grenada is not responsible for the opinions, statements or media content presented by contributors. In case of abuse, click here to report.
Tags: gisgovernment of grenadagratuityinjunctionpensionsupreme courttrade union
Next Post 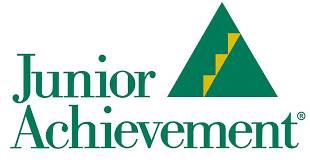