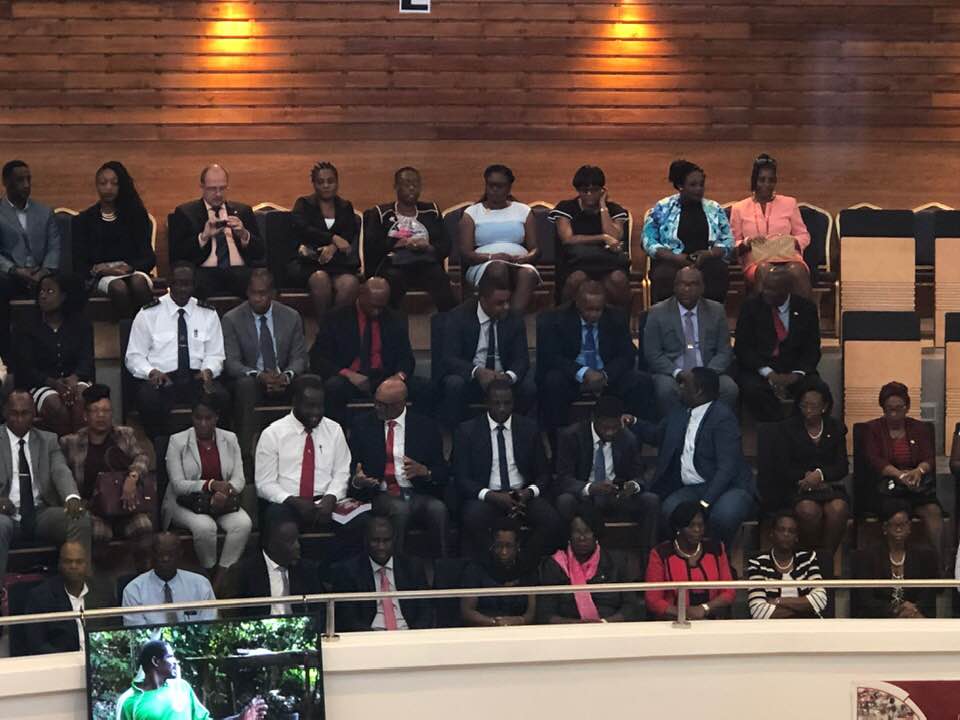 The government said on Wednesday that it is committed to working with public sector unions to come up with a pension package, but the package will only be done in accordance with the rules of the 2015 Fiscal Responsibility law.

“We remain committed to offering the best possible package to workers within the context of the Fiscal Responsibility Law, Mr Speaker, acceding to the unions’ demands of 25% advance will cripple the country financially,” said Prime Minister Dr Keith Mitchell while presenting the 2019 Budget.

“It is simply not feasible given our current project revenue stream to meet these demands and furthermore to sustain them over the long term,” he told the House which comprises of present and former members, diplomats and other invited guests.

Explaining that regional and international organisations have cautioned government that a pension programme must be managed carefully, or Grenada runs the risk of undoing gains made over the years especially in the area of public debt.

“Therefore, Mr Speaker, we must be fiscally prudent with our decisions or we run the risk of undoing the tremendous gains we have made in recent years and lost considerable funding we have acquired through proven fiscal discipline,” he said.

Since 5 November, members of the Grenada Union of Teachers (GUT) began sporadic industrial protest as part of their objection to government’s proposed 2% package on gratuity for retirees. They are demanding that government stick to a 1958 law which provides for 25%.

Teachers have since being joined by members of the Grenada Public Workers Union (PWU). The unions said they will not return to the bargaining table unless government accepts that 25% should be the working figure.

After the public officers stay off the job, Cabinet announced and instructed heads of department to deducts salaries for the number of days the workers were off the job. The unions are objecting to the decision.

Providing justification for the government’s action Dr Mitchell said, “The issue of paying workers for the days on which industrial action was taken, is not just fiscally irresponsible but also morally bankrupt and politically unwise. Therefore, Mr Speaker, the government cannot agree to such.”

Elaborating, he said, “Workers chose to withhold their labour. Their unions should have a strike fund in place and should, therefore, be responsible for paying their lost wages. We fully agree that workers should be paid, just not by the government.”

Workers remained off the job on Wednesday are awaiting the unions instruction as to when they will return on the job.

NOW Grenada is not responsible for the opinions, statements or media content presented by contributors. In case of abuse, click here to report.
Tags: budgetlinda strakerpensionunion
Next Post