André Lewis, the labour movement representative in the Senate has disclosed that the new offer from government on the gratuity package for retiring public officers is worse than what was previously offered to bargaining bodies for workers.

“Government’s offer is worse than what was offered before,” Lewis told members, during his contribution to the 2019 budget debate which began on Tuesday. Lewis is President General of the Grenada Technical and Allied Workers Union (GTAWU), and current president of the Grenada Trades Union Council (GTUC). He said that he was unable to share more details about the new offer publicly but gave the assurance that the unions will be attending Friday’s meeting to continue negotiations for an acceptable package for retiring established public officers.

“We are looking forward to resolving this matter,” he told the Senate.

The Pension Engagement Committee of the Government of Grenada and the labour unions along with staff associations representing public officers are at a stalemate over gratuity and pension packages. Government is offering 2% gratuity offer while the bargaining agents are demanding 25%.

Since 5 November, public officers have engaged in sporadic industrial protest that has seen workers staying off the job. At the end of November through discussion with various religious groups and the private sector, a commitment was given that unions would return to the bargaining table.

The new gratuity offer was presented on 4 December, with negotiation talks set for 7 December.

Prime Minister Dr Keith Mitchell and other government ministers have continuously claimed that accepting the 25% gratuity would cripple the country financially and would cause the country to lose millions in grants. 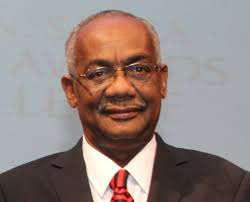