NDC Heartbeat – The Budget 2019: Were you listening?

NDC Heartbeat – The Budget 2019: Were you listening?

The Prime Minister presented the 2019 Budget last Wednesday, 21 November 2018 and most people hardly even noticed. The fact is, this presentation was a grand non- event.

The Prime Minister was going through the motion of an elaborate web of incoherent phrases, after which, even the best minds who tried, could hardly make sense of.

The theme, “Building Resilience, Advancing Social Development, Transforming our Economy” was simply a mish-mash of sexy empty phrases. This theme was probably the worst ever and the contents of the presentation equally among the worst of the Prime Minister’s entire career.

The Structural Adjustment Programme is still with us. The measures continue to have the effect of impoverishing the people, as we still feel the impact of the dramatic increases in taxation directed by the IMF. In a make-believe attempt to ease the pressure, the Prime Minister announced a 2% reduction in Personal Income Tax for persons earning a monthly salary in excess of $5,000. This means that someone who earns $5,500 per month will have a whopping $10 reduction in his monthly income tax.

Corporate Tax rate was also announced to be reduced by 2%, from 30% to 28%. This cannot spur local private sector investment when a company that makes a yearly profit of $1 million, will see a tax reduction of only $1,666 a month.

It is indeed interesting that the budget predicts a reduction in growth rate for 2019 from an average of 5% in the last 5 years to 4.8%. Construction will slow down considerably as a result of the winding down of construction activity at on one project in the south – Silversands. Unemployment is expected to increase and productive sectors such as tourism and agricultural remain grossly underfunded, while unsustainable programs that are not part of the productive sectors such as the de-bushing and Imani programmes will consume over $50 million.

The budget boasts of an additional 800 Imani trainees, 500 young men in the MPower initiative and 800 in the house repair brigade and as environmental wardens (road workers). None of these are sustainable jobs that can permanently lift people out of poverty. This is indeed a huge disservice to the people of Grenada, particularly young people. These steps are mainly aimed at shoring up party supporters and friends. Safety net programmes are being abused and many able-bodied party supporters receive benefits that should go to the elderly and indigent.

Much time was spent on the Public Sector Pension issue, but unfortunately, it was not time well spent. The Prime Minister did not outline the financial exposure the country faces. It was just a series of statements containing much misinformation and without hard data to show how come, since we boast of a budget surplus of almost $200 million, we cannot meet the pension obligations to workers. Instead, the Prime Minister squandered the opportunity and vilified and disrespected the leadership of the unions.

The same diet of promises was recycled and served while: our roads are in their worse state in decades; no one knows where the funds to support the National Health Insurance will come from; the food import bill continues to climb and agricultural exports continue to slide at an alarming rate. The foundation of the economy is built on agriculture, tourism and educational services, yet agriculture and tourism got the smallest share of the pie.

The rate of increase in student enrollment at St George’s University is likely to slow for reasons over which the school administration has no control. With the abandonment of agriculture and continued underfunding of the tourism sector, what resilience is the Prime Minister referring to? Not a single programme mentioned in the budget that can be considered transformational.

A recent study conducted by the Florida Caribbean Cruise Association (FCCA) revealed that for the 2017/18 cruise season, Grenada hosted only 1.16% of all cruise passengers who visited the Caribbean. The average spend per passenger in Grenada was US$51.57 while the regional average is $101.52. Cruise passengers to Grenada spent US$19.25 million, while in St Kitts & Nevis they spent US$149 million. Nothing in the budget suggests that the government is in tune with this reality and intend to address it.

Despite the election promises and pronouncements just months ago, not a single word was mentioned of oil and gas.

The schoolbooks programme is all but destroyed and teachers are under increased pressure to perform with fewer resources. To add insult to injury, their salaries were unjustly docked even if we all know how many students depend on them for support. What an insensitive and uncaring government! `

The government continues to boast of surpluses but the capital budget underperforms year after year. Receipts from grants continue to be way below projections. Productivity levels are at an all-time low and project implementation remains in the doldrums. Yet, fancy figures are bandied about to create a feel good atmosphere.

No mention was made of the statutory bodies. Specifically, the nation is kept in the dark as to the financial situation at MNIB, Airports Authority, Ports Authority, National Lotteries Authority and the Grenada Postal Corporation. The public needs to know which of these entities are a drain on the public purse and which make surpluses and how are these funds used.

The bottom line is that this yearly ritual has become nothing more than an exercise in political grandstanding, littered with empty promises. Meanwhile, no one is listening.

NOW Grenada is not responsible for the opinions, statements or media content presented by contributors. In case of abuse, click here to report.
Tags: budgetheartbeatndcstatutory bodiesstructural adjustment programme
Next Post 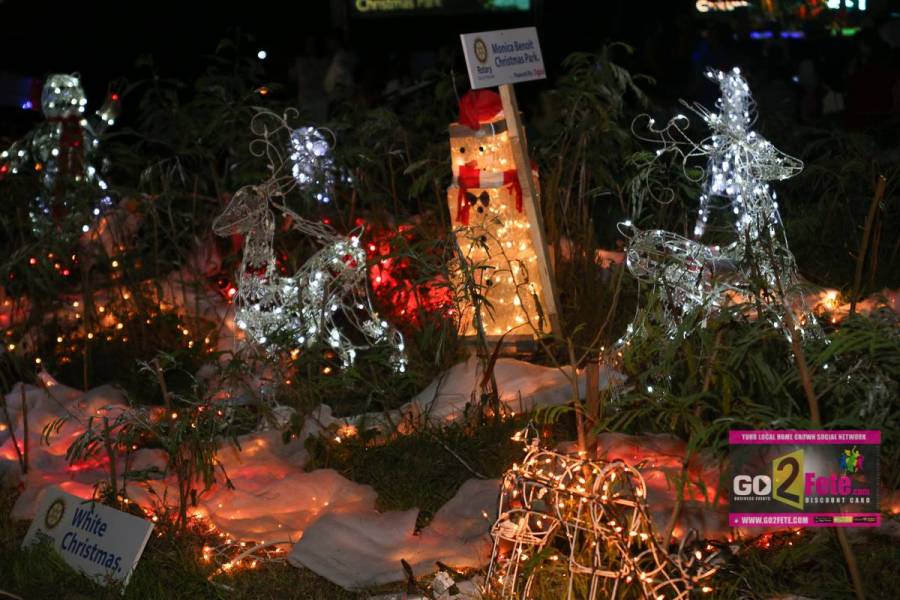