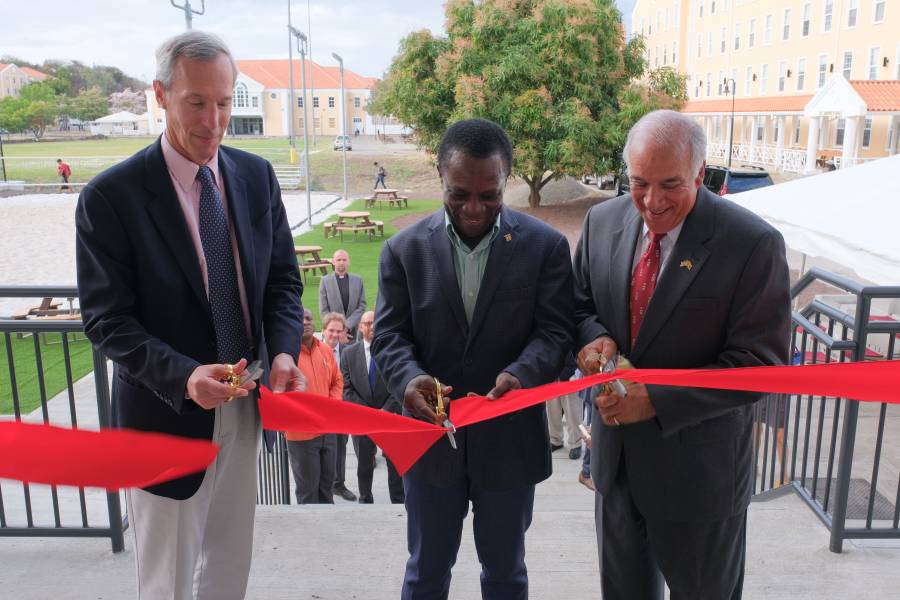 It was during Sir Eric’s leadership that the original charter for the university was granted, setting in motion decades of education at an institution that currently boasts 20,000 graduates from 52 academic programmes.

At a brief dedication and ribbon-cutting ceremony on Wednesday, Dr Mitchell said it is important to give credit where it is due. He noted too that the vision of Sir Eric is now being seen. He said, “When Sir Eric granted the charter, he was condemned but he stuck to what he believed in and he persevered with the vision. Today, this institution has made us all proud.”

Dr Mitchell further stated that when the Chancellor sought an extended charter for a full university, it was not a difficult decision. “I am proud of the fact that our Government had a lot to do in enhancing the relationship with St George’s University, working closely with the institution to propel it to the level it has attained today.

The Prime Minister also had words of praise for the Chancellor and his team. “What you are doing for this country is commendable. We just have to look at the level of employment and the opportunities being created here. This environment is literally a city in itself and we are seeing the expansion continuing. The Government and people of Grenada are extremely proud of St George’s University; the naming of this hall in honour of Sir Eric is a fitting demonstration of gratitude for his initiative many years ago.”

The Prime Minister said SGU is more than an educational institution. “It is promotion for Grenada. I am always heartened when I travel and I meet persons all over the world who have a family member who studied at St George’s University. SGU is not only seen as an educational institution, it is a serious promotional tool for Grenada, Carriacou and Petite Martinique. This is what Sir Eric has done.”

Chancellor of St George’s University, Dr Charles Modica who also spoke at Wednesday’s ceremony, described it as a significant milestone and commended the Prime Minister for recognising the history of the country. “He could have easily had the hall named in his honour, but Dr Mitchell insisted on honouring the history of Grenada, specifically the Prime Minister under whose leadership the charter was established.”

St George’s University School of Medicine was established in 1976. It has since expanded to include Schools of Veterinary Science, Arts and Sciences and Graduate Studies. 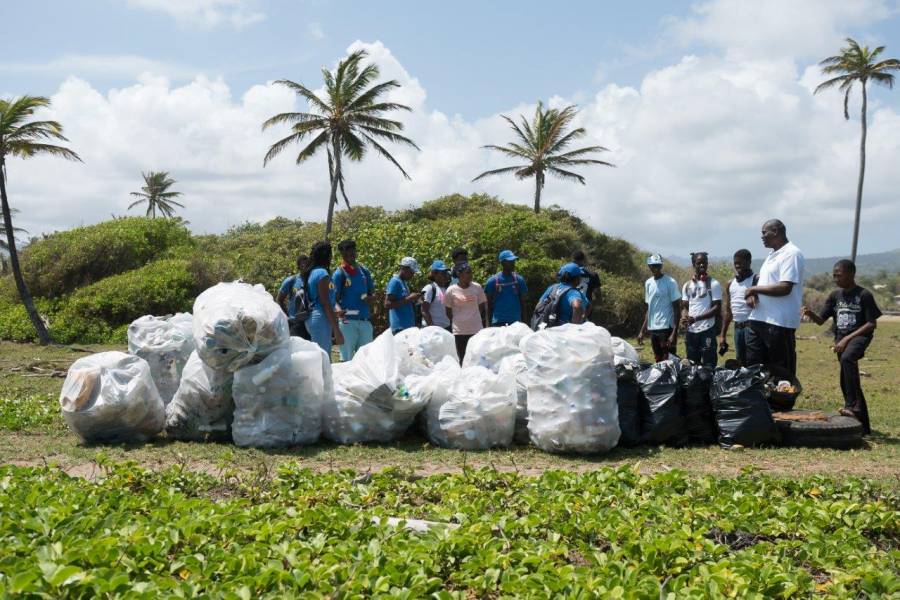