Statement on the passing of Lawrence Lambert CBE

Statement on the passing of Lawrence Lambert CBE

This story was posted 3 years ago
in PRESS RELEASE, Travel/Tourism
1 min. read

The Chairman, Board of Directors, Management and Staff of the Grenada Tourism Authority (GTA) extend sincere condolences to the family and friends of Lawrence Lambert CBE following his recent passing.

Lambert’s service in the tourism industry spans over 4 decades as a hotelier, leader and mentor. As a hotelier, he along with several investors; purchased the Flamboyant Hotel in 1989, growing the property from 9 units to 68 rooms over the years.

In total, Lambert dedicated 40 years to the tourism sector before his retirement from the Flamboyant. He also served as President of the Grenada Hotel and Tourism Association (GHTA) and remained on the Board of Directors for most of his career in Grenada. At the regional level, he represented the GHTA as a Director on the Caribbean Hotel & Tourism Association Board for many years and he was a very active member of the GHTA’s Training & Culinary Committees. In addition, Lambert served on the Grenada Airlift Committee.

Lambert is most remembered for his willingness to offer his advice and knowledge to others in the tourism sector. He epitomised the spirit of Grenadian hospitality with his warm and friendly service. 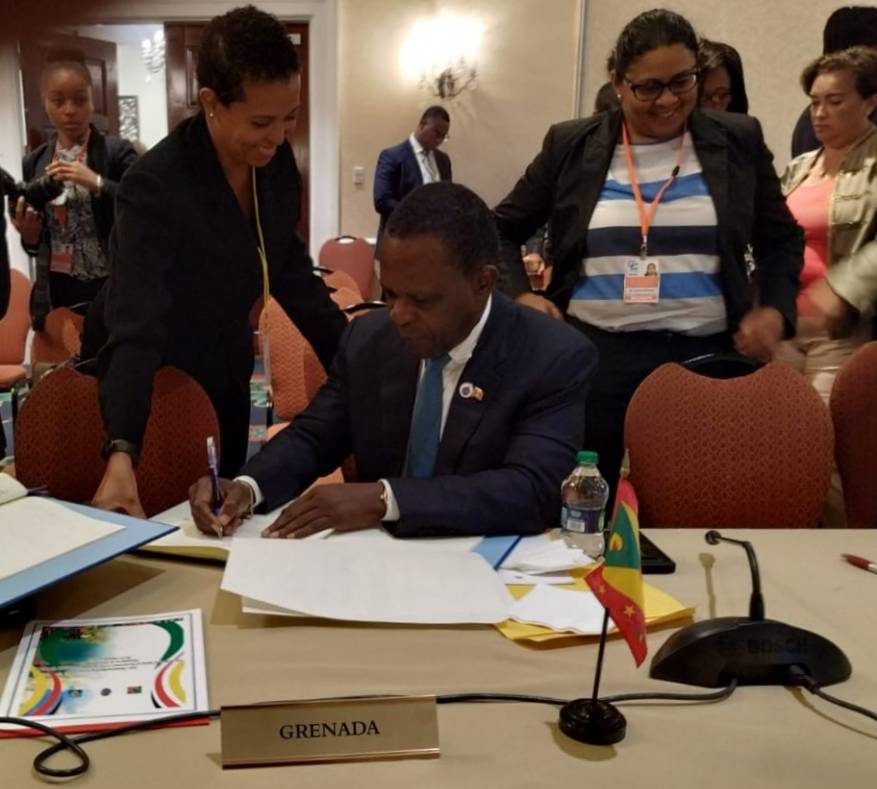