This story was posted 2 years ago
in Athletics, PRESS RELEASE, Sports
1 min. read 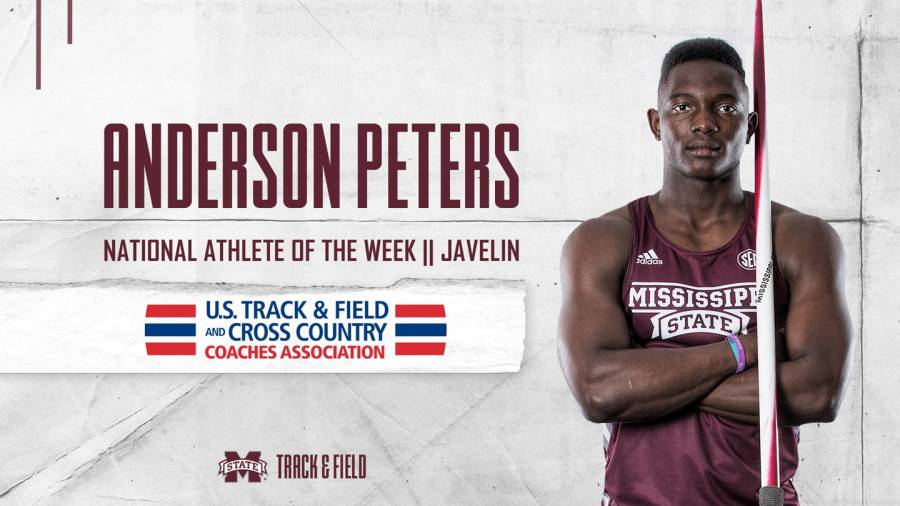 Grenada’s Commonwealth Bronze Medallist Anderson Peters has been named National Athlete of the Week by US Track & Field and Cross-Country Coaches Association (USTFCCCA).

According to Mississippi State Track and Field site, “The Grenadian national record holder is one of just two athletes in NCAA history to eclipse the 82.60m (271-0.0) barrier three times or more in a career…. Additionally, Peters’ mark ranks as the 11th best in NCAA history and was just short of his personal best of 82.82m (271-8.0), which broke the NCAA meet record in June.

After posting the second-best javelin throw in the world in 2019, Mississippi State’s Anderson Peters has garnered national and conference honours on Tuesday. The reigning NCAA and SEC javelin champion was named the USTFCCCA National Athlete of the Week earlier in the day before the conference named him Co-Field Athlete of the Week with Florida’s Grant Holloway.