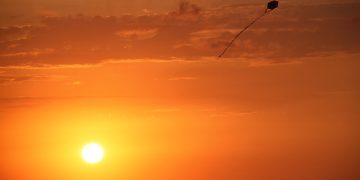 This story was posted 3 years ago
in Health, OPINION/COMMENTARY
4 min. read 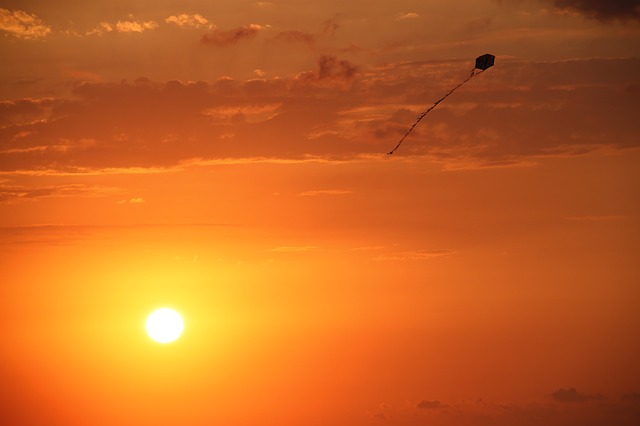 As societies become more complex, people become increasingly fragmented and fall out of harmony with their nature, their wellbeing, and the environment.

This is evident in the designation of predetermined days for the recognition of aspects of our human experience that need to be constantly considered, cared for and honoured, as is the case with our health. The celebration of World Health Day 2019 beckons our attention to reflect on aspects of the health prevention and promotion continuum to maintain and improve the quality of life of our communities.

As a community, most Grenadians recognise that flying kites is intrinsically ingrained in the local culture. It is an activity that is enjoyed by both children and adults. There is great excitement in building the kites with beautiful long tails that encircle, adapt and challenge the trade winds, displaying their versatility and grace while emitting sounds as unpredictable as the direction of the winds. Their reach is only limited by the length of the strings that keep them from being entirely claimed by the wind and the sky.

No doubt, kites are beautiful and magical, and flying a kite is fun, but like any other activity, moderation needs to be exercised, particularly when it infringes on the wellbeing of the community at large. Including the wellbeing of kite flyers.

Flying a kite at night is disrupting and unhealthy. The noises emitted by kites are irregular, there is no sustained harmony or rhythm in them, and their intensity is in constant flux. These distinctions may not be as noticeable during the daytime when there are many other competing sounds in the environment that mask the sounds of the kites. But as night-time approaches, these sounds become increasingly noticeable and disrupting. At times, there are several kites flying on a constant 24/7 schedule and night-time becomes a disharmonious symphony of squeaking and whining sounds. And as the night deepens, what was a magical activity gradually becomes an annoyance. The beautiful and harmonious sounds of nature cannot mask the disharmony of the kites, because even nature, at some point, needs silence.

As part of the natural world, humans need peace and quiet in order to fully obtain the health benefits of a good night’s sleep. Noise pollution disturbs our sleep patterns and the processes that take place in our bodies during our sleep. There is ample research examining the effects of noise pollution on our health. The scope and range are expansive, and the susceptibility of individuals varies, just like with any other health conditions. The negative effects of noise pollution on high-blood pressure, cardiovascular disease, endocrine disruption, mental/psychological disorders, cognition and annoyance have been studied and documented. While the discussion of those conditions is beyond the scope of this writing, I want to briefly expand on the effects of noise pollution on the wellbeing of children. I believe it is important to emphasise “the children” in order to remove any misconceptions about the intent of this writing. When I mentioned my concerns about flying kites at night to a colleague the response was, “you cannot take that from children,” to which I responded, “I don’t think there are any children spending the entire night holding onto a kite.” Thus, the intent is not to take anything from anybody, but to keep children and communities healthy by promoting the avoidance of flying kites at night.

Existing research shows that sleep disruption has negative health effects on children’s physiological development. For sleep disruption to take place, a person does not have to be awakened. Disruption also takes place when a sleeping person is not able to transition into the various stages of sleep. Some studies have shown that while persons may get somewhat used to regular noises, the constant exposure to a regular noise increases their sensitivity to external noises. In other words, they get used to a particular constant noise but become highly sensitive to other noises they are not used to. However, when it comes to kites, this is not likely to be the case given the inconsistency of their sound, thereby increasing the likelihood that such noises disrupt sleep. At a mental level, children’s cognitive performance is affected when they are exposed to environmental noise. Studies focusing on primary school children showed that this exposure results in decreased episodic memory and reading comprehension, in addition to an increased sense of annoyance. Fortunately, there is also evidence that these negative effects can be remediated if exposure to the noise ceases.

Flying kites provides children great opportunities to show their creativity, perseverance, physical skills, and their intrinsic joy. Communities embrace and protect this tradition with pride. While some people would say that they are accustomed to the noise, others find it annoying. Regardless of our individual views and opinions about flying kites at night, it is important to highlight that, “physiologists have concluded that the idea that people adapt to noise is a myth.” They have shown that in matters of vegetative reactions there is no adaptation to noise.

According to the biologist Rene Dubois “the potential dangers of annoyances” are not always known because they present themselves in deferred and indirect ways that escape our cause-effect analysis (EPA, 1971). Presently, there is clear evidence that the current epidemic of chronic and non-infectious diseases is being exacerbated by the various types of stress humans are constantly exposed to, noise being one. So why not consider restricting kite flying to daytime hours? It won’t restrict the joy it brings to children and communities; it will enhance their wellbeing and their quality of life.