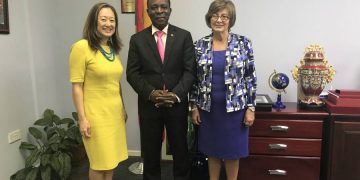 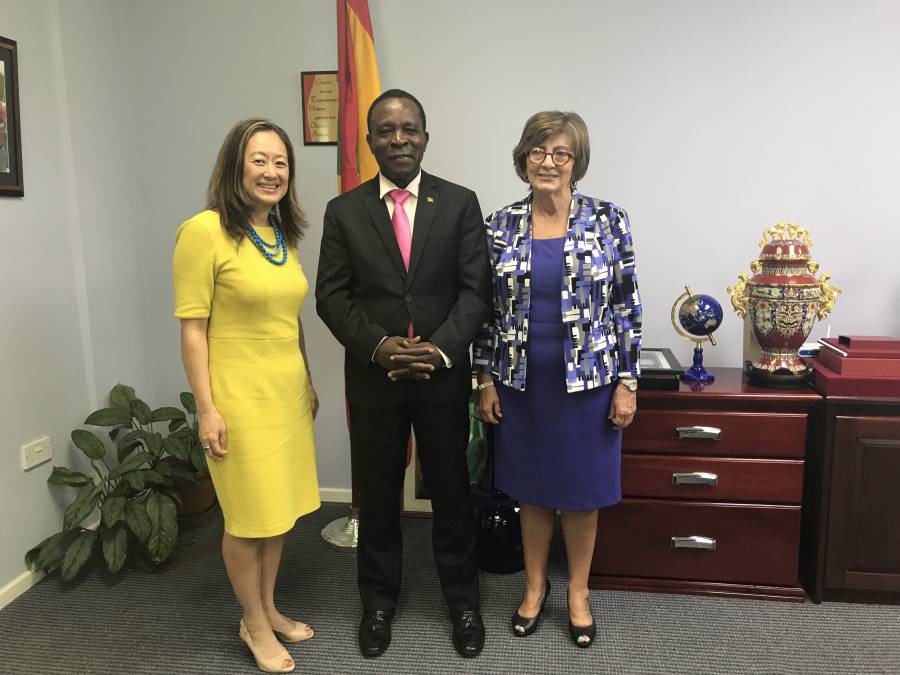 Chung gave assurances that the United States is committed to ongoing relations with the Caribbean. She referenced the US strategy for engagement in the region, dubbed Caribbean 2020, which is designed to increase the security, prosperity and well-being of the people of the US and the Caribbean.

She said, “As part of the Caribbean 2020 initiative, we are looking at very specific events to showcase how the partnership goes beyond security. Security is very important and we will continue with that, but beyond that, economic prosperity is also important, creating jobs and thinking about the next generation of leaders.”

Alternative energy was also cited as area of mutual interest as well as health and education.

Dr Mitchell welcomed the potential prospects for improved relations with the United States. He said a priority area for Grenada would be training opportunities that can help to further empower young people.

“We have a very youthful population and I think what exists here is somewhat replicated around the region. The challenge is how do you empower these young people to help themselves and their society. Training is a fundamental aspect of this and it has implications for security as well, as more young people will be engaged in positive activities,” he said.

The Prime Minister shared with the visiting US official the initiatives Government is embarking on to empower young people.

The current situation in Venezuela was also discussed at Friday’s meeting and Dr Mitchell reinforced the position of the Caribbean Community (Caricom) which has continuously advocated meaningful dialogue leading to agreement on how best to resolve the crisis.

Chung was accompanied by US Ambassador to Barbados, the Eastern Caribbean and the OECS, Linda Swartz Taglialatela and other US officials.