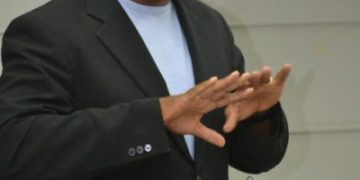 Pursuit of a career in law derailed

Pursuit of a career in law derailed

This story was posted 3 years ago
in General News, Law
4 min. read 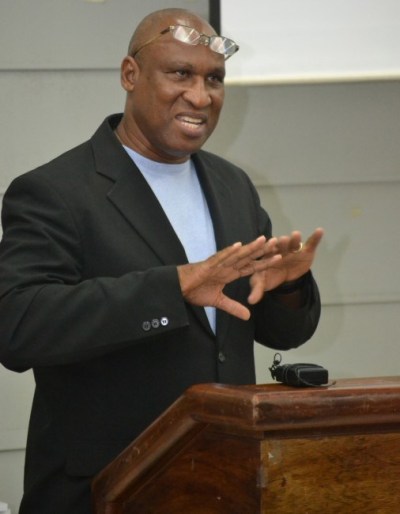 Despite acquiring the necessary qualifications to practice law in Grenada, the past transgression of Joseph Ewart Layne, one of the Grenada 17, has come back to haunt him after his appeal for admittance to the Grenada Bar was dismissed by the London-based Privy Council.

Layne, a former member of a “rogue fraction” of the Grenada Revolutionary Government (PRG) which ruled Grenada from 1979 to 1983, has been rehabilitated for his involvement in the murder of former Prime Minister Maurice Bishop and other members of his cabinet. Layne who was only 25 at the time of the crime, was one of those who (while away from the scene) was found to have given the orders to “liquidate” the Prime Minister and others.

He studied Law during his 26-year incarceration at Richmond Hill but has found himself unable to practice despite having a Master of Law degree with honours from the Hugh Wooding School in Trinidad, obtained after his release from prison in 2009.

His legal battle started when his application to the Supreme Court for admittance to the Grenada Bar in October 2013 was rejected. He then appealed to the Organisation of Eastern Caribbean States Court of Appeal which declined to interfere with the judgment on the basis that the court had exercised a discretion without error.

The matter was taken further to the judicial committee of the Privy Council asking Grenada’s final court of appeal whether the Court of Appeal made a mistake in holding that a High Court judge did not wrongly exercise her discretion under section 17(1)(a) of the Legal Profession Act 2011 in refusing to admit him to practice as an attorney at law on account of his conviction for murder. This attempt was again met with rejection. The matter was heard on 24 October 2018 before 5 law lords, however, the judgment, a majority vote 4-1 to dismiss his appeal, was handed down on Monday, 18 March.

During a news conference, Layne spoke of his disappointment of the judgment. “Of course, the outcome was disappointing because I have invested quite a bit of time and effort, but as I have said in another context at the end of the day it is not the end of the world… I want to take this opportunity to publicly express my appreciation and gratitude for the attorneys who have worked for and on my behalf pro bono, both in Grenada and in England, and it tells me that with all the bad things that people say about the profession, that there is also a lot of good.”

Attorney at law, Cajeton Hood pointed to 2 important aspects of the recent judgment that should not be ignored. “It is important to note that all of the law lords agreed on 2 things, one that the question of the admission of a person to practice before the courts is not one of discretion, it is an objective test so it is not a judge exercising a discretion. Secondly, the law lords agree also that the character of the individual making the application that comes into view is the character at the date of application so it is not that the Privy Council said that Layne can never be considered to be of good character ever in his life. So the issue is whether or not it can be proven objectively that he has met the good character test because he is not prevented from making a fresh application, but these are things we have to consider and determine what is the next step.”

Attorney Ruggles Ferguson reiterated that both the Court of Appeal and the Privy Council are of the view that Layne is of good character, but went on to explain the real crux of the matter surrounding his case hinges on sufficient risk that public confidence in the profession may be damaged if his request is acceded to. “There are two facets of good character, one is his attributes and he has surpassed that test, the other objective side of good character is what they described as the public confidence requirement. In other words, how his admission objectively, somebody with convictions in the court’s opinion, not the public opinion – would affect the court’s reputation.”

Attorney Cajeton Hood made the point that the present situation of Layne served as an example for young people that any mistakes made during their adolescent years can have lasting repercussions on their future. “Sometimes life can be very unforgiving and out there we need to be careful as to the choices we make, what we get involved in. I am not saying that what transpired was a choice Layne made because we are not conceding that at all, but in terms of general application, we need to be careful because sometimes the things we face is going to be very difficult to overcome.”

Layne’s legal team is expected to examine the judgment handed down before determining the way forward.