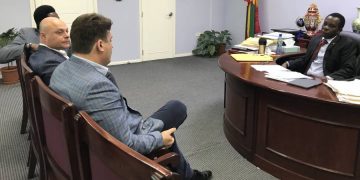 Hundreds of Grenadians will be employed by Royalton Grenada

Hundreds of Grenadians will be employed by Royalton Grenada 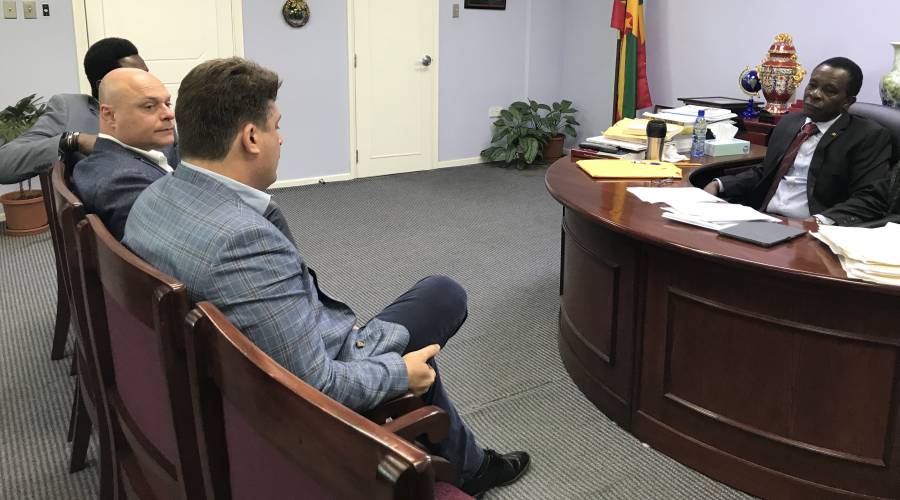 Prime Minister, Dr the Right Honourable Keith Mitchell has welcomed news that hundreds of Grenadians will be employed by Royalton Grenada when the rebranded hotel opens its doors in December 2019.

Located on the site of what was the Grenadian by Rex, the rebranded hotel, Royalton Grenada, will provide direct employment for at least 400 persons while hundreds of others will also benefit from indirect employment.

New majority shareholders of the property, Sunwing Travel Group has confirmed that in addition to this significant level of direct and indirect employment when the hotel becomes operational, the construction phase which gets underway this month, will see the hiring of at least 450 persons.

The Prime Minister was apprised of these facts during a meeting last Friday with Sunwing’s Hotels & Resorts Executive Vice-President, Daniel Diaz.

In response, Dr Mitchell said, “It is heartening to hear about the number of jobs that will be generated. Projects like this create significant employment opportunities for locals, both in the construction phase and as permanent staff when the facility is operational. Government welcomes any initiative that will provide gainful employment for our people. We have witnessed a steady decline in the country’s unemployment rate, and we are keen to see this continue through the impact of projects like this.”

Providing a status update on the project, Diaz said plans are progressing “smoothly and quickly” and he was high in praise for the professionalism and accuracy of local planners engaged in the project.

The rebranded hotel, Royalton Grenada will include 59 new rooms, which will bring the property total to 271, making it the largest hotel in Grenada. Despite the limited window in which to deliver additional rooms, Diaz gave assurances that Sunwing is committed to doing so and to welcome the first guests in December.

Training opportunities offered by the Royalton have been highlighted as another key area that will benefit Grenadians and the Prime Minister has also welcomed this potential for capacity building in tourism and hospitality arts.

It is envisaged that Sunwing will develop a second property on the site of the Royalton Grenada, which spans an area of 30-acres.

NOW Grenada is not responsible for the opinions, statements or media content presented by contributors. In case of abuse, click here to report.
Tags: daniel diazroyalton grenadasunwing
Next Post