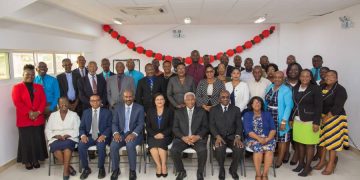 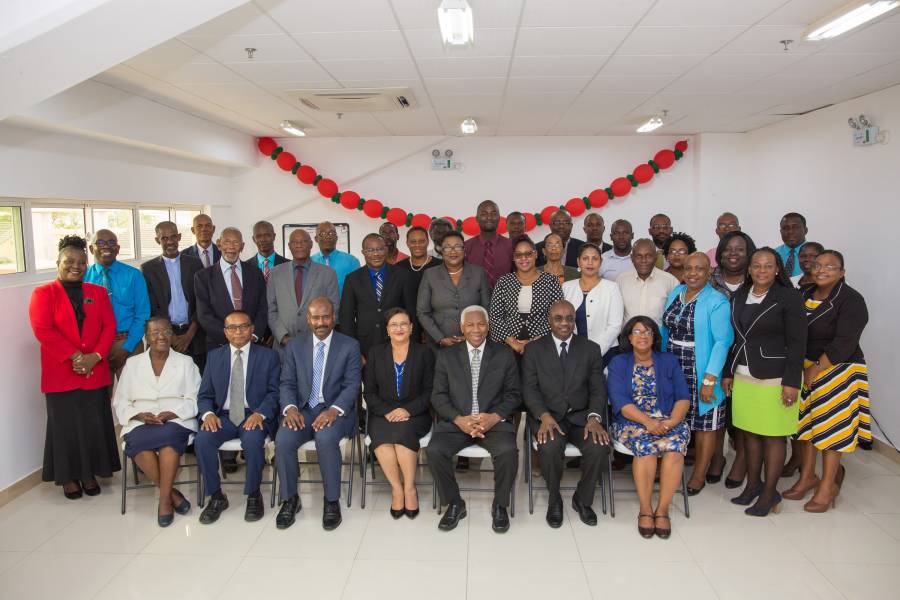 Participants at the Senior Leadership and Management Training Programme
Share

Four days of intense training hosted by the Integrity Commission at the Kirani James Athletic Stadium in Grenada, ended last week Thursday with the presentation of certificates to the participants.

The training was the third in the annual “Virtual Centre of Excellence Series – Senior Leadership and Management Training Programme”, which brings together integrity commissions and anti-corruption bodies from across the region. The focus was on global best practices for public sector management systems.

Lead facilitator was Dr Roger Koranteng, Interim Advisor and Head of Public Sector Governance, Commonwealth Secretariat. Dr Koranteng is the 2018 Winner of the Sheikh Tamin Bin Hamad Al Thani International Anti-Corruption Excellence Award, given by the Rule of Law and Anti-Corruption Center. He covered issues such as Conflict of Interest Management in keeping with International Best Practices, Addressing Weaknesses in Organisational Governance, Ethics and Moral Conduct and Global Trends in Anti-Corruption Deterrence.

Another facilitator was Dirk Harrison, Chairman of the Commonwealth Caribbean Association of Integrity Commissions and Anti-Corruption Bodies (CCAICACB). He presented on Procurement Matters and International Best Practices and Principles of Investigation, during which practical experiences were shared by Rohan Reid of the Major Organised Crime and Anti-Corruption Agency (MOCA) from Jamaica.

Among local presenters were David Holukoff, Director of Grant Thornton, who reviewed the recent Corruption Perception Index published by Transparency International and Inspector Raymond Lockiby from the Financial Intelligence Unit. He dealt with the issue of Threats and Vulnerabilities in Public Sector Management Systems.

Regional participants came from Guyana, St Lucia, Dominica and Jamaica, joining the local participants from the Department of Public Administration (DPA), the Director of Public Prosecutions, the Attorney General, the Ombudsman, Permanent Secretaries, Chairmen and Chief Executive Officers from Statutory Bodies, other Senior Public Officials, Civil Society Organisations and Staff and Commissioners from the Office of the Integrity Commission.

Anande Trotman-Joseph (Lady Joseph), Chairman of the Integrity Commission, expressed satisfaction with the training, and said participants are expected to share the knowledge and experience within their organisations when they return to their various countries.

The participants said the training has been a tremendous help and eye-opening for them in many respects, providing new ideas for systems that can be put in place and used in the fight against corruption.

Grenada has been one of the lead countries in the region for best practices in the fight against corruption, and the Integrity Commission has been called on to share its experiences in several countries.

Office of the Integrity Commission

NOW Grenada is not responsible for the opinions, statements or media content presented by contributors. In case of abuse, click here to report.
Tags: anti-corruptioncorruptionintegrity commissionpublic sector
Next Post