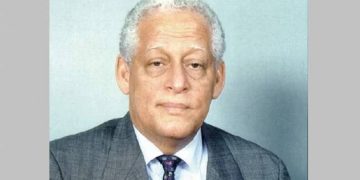 This story was posted 3 years ago
in PRESS RELEASE, Tribute
3 min. read 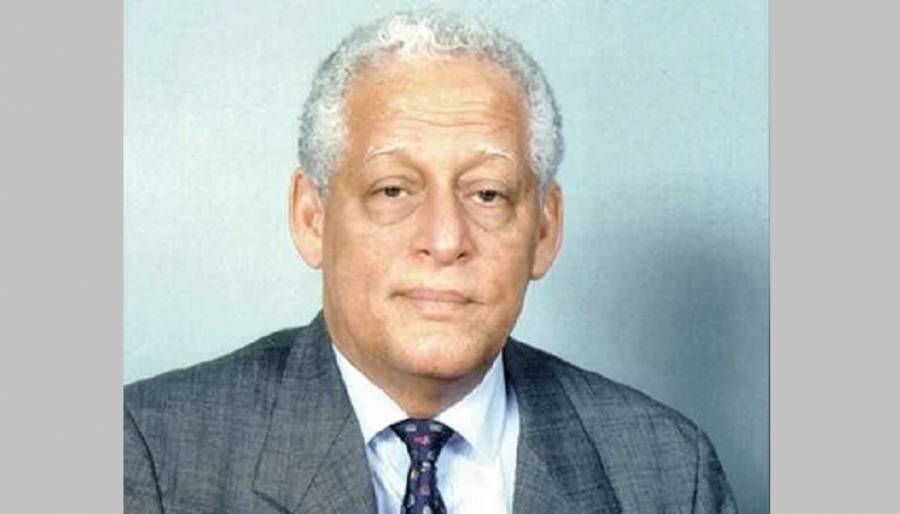 Tribute by Prime Minister, Dr the Right Honourable Keith Mitchell, on the passing of Sir Alister McIntyre, Vice Chancellor Emeritus, The University of the West Indies.

It is with great sadness that I learnt of the passing of Sir Alister McIntyre. Grenada, Jamaica, in fact, the entire Caribbean has lost a dear son who has left us a rich legacy, characterised by profound knowledge and unwavering commitment to regionalism.

Grenada was his homeland and Jamaica was where he lived but much of his life was spent in service to the people of the region.

In his early career as a lecturer in economics at the University of the West Indies, at the St Augustine Campus in Trinidad and Tobago and the Mona Campus in Jamaica, Sir Alister helped to mould the minds of many brilliant persons who have had the benefit of his teaching, some of whom have since earned acclaim in their respective countries and also at the regional level. Later, as Vice-Chancellor of The UWI, he contributed to shaping the strategic direction of this noble regional institution.

Sir Alister was third in the line of distinguished Caribbean nationals who served as Secretary General of the Caribbean Community (Caricom),1974 to 1977, and his leadership of the organisation came at a critical juncture, just one year after the Treaty of Chaguaramas was signed. Sir Alister can therefore be considered one of the pioneers who shaped the infrastructure on which we have built our efforts at regional integration.

I remember Sir Alister serving as Chief Technical Officer of the Caribbean Regional Negotiating Machinery and playing a crucial role in trade negotiations at the international level. The early successes of that body in negotiations with the World Trade Organisation and the European Union spoke volumes of the technical capacity of individuals like Sir Alister.

I recall too, the deep anguish he expressed in 2005 when he informed me that he could not continue to serve as Chairman of the Agency for Reconstruction and Development which was established in the wake of the destruction caused by Hurricane Ivan in 2004. Before medical issues precluded him from continued service in that capacity, Sir Alister would have laid the essential foundation needed to ensure close collaboration among all stakeholders involved in the reconstruction process.

On a lighter but equally important subject, Sir Alister also left an imprint of his valuable contribution to the sport of cricket. During a period of crisis in our beloved sport, he was among distinguished persons given a mandate to examine the structure of West Indies cricket. Having had the opportunity to review that report, I was compelled to commend the panel for coming up with recommendations which I believe provided a pathway to the improvements we so desperately sought to regain the supremacy that once came so effortlessly.

In so many capacities, Sir Alister provided irrefutable proof that he was the epitome of a Caribbean man, one who was a genuine proponent of national and regional developments that sought to improve the stature of the Caribbean.

The region owes a debt of gratitude to Sir Alister. Bestowing him with the Order of the Caribbean Community demonstrated this gratitude. Sir Alister, we continue to be proud of the man you were and the service you gave. In parting therefore, I not only bid you farewell, but I also reiterate how thankful we are, as Grenadians and as Caribbean nationals, for the valuable contributions you made. You have indeed left an indelible mark on some of our pre-eminent regional institutions.

To his wife Marjorie and his children, Arnold, Andrew, Helga and Nicholas, words may bring little comfort at this time, but I encourage you to take solace in the fact that he lived a full life and gave yeoman service. There is little else we could have asked of him. I am thankful for the personal sacrifices he would have made just so he could serve this region. I stand firmly with you in wishing him eternal peace.

NOW Grenada is not responsible for the opinions, statements or media content presented by contributors. In case of abuse, click here to report.
Tags: alister mcintyrecaricomuniversity of the west indies
Next Post