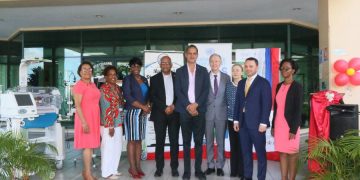 This story was posted 3 years ago
in Health, Youth
3 min. read 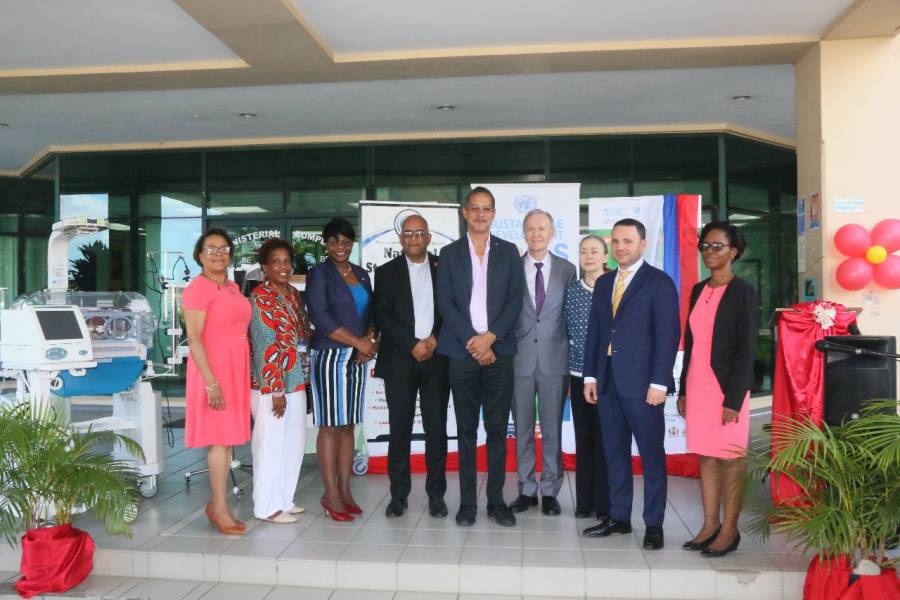 Grenada’s Paediatric Department received a welcome boost with the contribution of US$120,000 worth of neonatal equipment by the Russian Federation.

The new equipment, which included infant incubators, phototherapy irradiator and an artificial lung ventilation device for neonates, was handed over to the hospital’s Neonatal Intensive Care Unit by His Excellency, Alexander Sergeyevich Kurmaz, Ambassador-Designate of the Russian Federation to Grenada.

“I am also here to emphasis Russian interest in facilitating the building up of full-scale project production and technological alliances with Grenada as well as the maximum use of the opportunities provided by the complementary of our economies. Grenada to Russia is an important partner in the region. Our respective countries share a similar approach to topical issues of the global agenda. Both Moscow and St George’s understand the importance of building up of stable economies and on this basis a stable polycentric world order. Only such an order could and would provide more opportunities for development assistance ensuring a peaceful settlement of disputes as well as maintaining mutually respectful interstate interaction,” Ambassador Kurmaz said.

The handover of the equipment took place at the Ministerial Complex in the presence of Minister for Health Nickolas Steele and Foreign Affairs Minister Peter David; His Excellency Ambassador of Grenada to the Russian Federation Oleg Firer; Director of Hospital Services, Dr Carol McIntosh and Head of the Paediatric Department, Dr Beverly Nelson.

Ambassador Firer emphasised that while Latin America and the Caribbean have made great strides in reducing the mortality rates for post-neonatal infants, neonatal mortality figures have not fallen at the same pace.

He said the federation’s efforts in reaching out to assisting Grenada to develop its neonatal health facilities is commendable. “I’d like to thank the Russian Federation for the gift of life for children that are born prematurely, and this is a special gift; this is a second time the Russian Federation gave such a gift to Grenada. Premature babies are a big epidemic in the Caribbean and Latin America. Over 900,000 are born prematurely in the region and I believe this will be the first step to help in that epidemic.”

Dr Nelson said the Paediatric Department is now better equipped to deal with the challenges of neonatal care. “Over the past year, the Ministry of Health and the paediatric team have worked tirelessly to make changes that we know will ultimately decrease neonatal mortality. We have to acknowledge that there are still challenges to overcome, however these units displayed here today incubators, warmers, phototherapy units, and ventilators provide hope not only in terms of the support it will offer our patients but hope in the overall relationship this donation forges. Let me emphasise that this will enhance care for our sickest neonates especially those housed in the intensive care unit (ICU).”

Minister David echoed similar sentiments when thanking the Russian Federation. “We are a small island developing state and we depend a lot on developing good mutual relations. This is an example of the result of our contacts.”

Neonatal deaths were highest in 2013, due to a hospital-associated infection. The leading morbidities in under 5-year-olds were acute respiratory infections, skin conditions, and diarrhoeal diseases.