This story was posted 2 years ago
in Arts/Culture/Entertainment, Business, Environment, Travel/Tourism
5 min. read 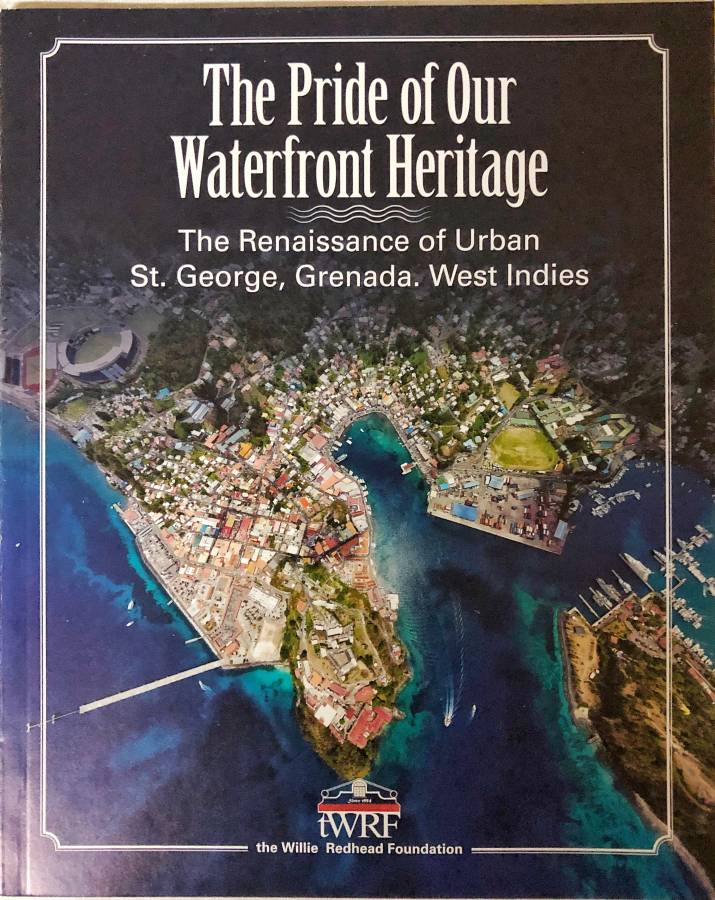 Parliamentary Representative for the Town of St George, Peter David, has expressed his willingness to continue talks on a proposal by the Willie Redhead Foundation (tWRF) to enhance the St George Market Square.

This proposal among many others to preserve the historical significance of the Town of St George was illustrated in their first heritage publication titled “The Pride of our Waterfront Heritage – The Renaissance of Urban St George.”

The minister, during the launch on Thursday, 9 May stated that the proposal still leaves a gap as it has not factored in what will become of the vendors currently occupying the vendors’ market.

“The question therefore arises, when we develop that open space in the market where do we put all the vendors who want to sell,” said Minister David. “It is easy for us to say kick them out but they have kids to feed, they need a livelihood. So, then there is that tension, so we must find alternatives to provide for that livelihood of the people.”

According to the publication, the St George Market square was once an “open-air theatre, a civic and public symbol of a dynamic citizenry with a cenotaph and functioning Wallace Fountain” but over time its historical significance has been neglected due to lack of maintenance. Therefore, the Willie Redhead Foundation (tWRF) has outlined a new futuristic vision for the market that will see it being transformed into a green open space with a courtyard and an alleyway.

Some of the restoration points outlined in the publication for urgent attention are:

Minister David believes this vision must be discussed further to factor in another alternative that can be considered to ensure the restoration and preservation of the market square and the town of St George, but at the same time cater for the livelihood of those vendors.

He suggested as a possible alternative, to reclaim land near the St George Fish Market that can be transformed into a vegetable vendors market and a new bus terminal, while the old bus terminal can be used to for parking. However, he did say in doing so, there will be some push back from some members of the public.

“In every endeavour, there will be people with support and people who don’t support, because I remember when the land was being reclaimed in order to build the current terminal there was a whole outcry… Now my view is that we should reclaim land on that side of the fish market [and] put a vegetable market, put a new bus terminal and transform the present bus terminal into a parking lot.”

He also added that in addition to the building of a new vegetable market, vendors must be given guidance on how to improve their product offerings that are locally produced and packaged.

“We can show them how tourism goes up. We need to help them develop their business so they can sell products made in Grenada rather than Taiwan or Beijing or some [another] country. We can give them a stake in the preservation and conservation and we can give them a place to ply their trade and not just treat them like discardable fodder,” he said.

Minister David admitted that there is another major issue that must be addressed which involves inadequate parking in the town, hence his proposal to transform the present bus terminal into a parking lot. This he said should drive more business activity in the town and reduce the traffic congestion.

“If the business community continues on the track without any parking in the Town of St George, they would wither and die, because everyone will say let’s go to the south.”

While on the topic of conservation and preservation, the Parliamentary Representative for the town of St George reiterated the government’s commitment to restoring the Public Library. He also expressed his vision for the restoration of the old parliament building where he stated that it can be transformed into a public library, while downstairs can be used to house an art gallery for Grenadian artists.

Minister David also took the opportunity to advise the Willie Redhead Foundation that in order to get their message of preservation of historical sites in St George across to the populace, ordinary people must feel like they have a stake in its preservation.

Roxie McLeeish-Hutchinson, Permanent Secretary, Ministry of Climate Resilience, the Environment, Forestry, Fisheries, Disaster Management and Information on behalf of Minister Simon Stiell, congratulated the foundation. Quoting statistics in the 2018 Special Report on Global Warming of 1.5 °C (SR15) published by the Intergovernmental Panel on Climate Change, McLeeish-Hutchinson brought home the urgency of ensuring that Grenada’s natural and architectural heritage are protected. “The Special Report provides [increased] evidence that temperature rises above 1.5°C above preindustrial levels spells disaster for small island developing states, for cities like St George’s. It means that if we do nothing our beautiful Carenage will become inundated with seawater through storm surges and sea level rise.”

Co-Chair of the Blue Innovative Institute, Dr Angus Friday was pleased to witness the official launch and sale of the publication in celebration of the foundation’s silver anniversary.

Dr Friday is well known for his vested interest in the development of a blue growth strategy for Grenada that will see the preservation and protection of Grenada’s cultural and architectural heritage from climate change and other natural disasters. This was done in conjunction with the Dutch Government.

The Blue Innovative Institute is in the process of seeking innovative initiatives such as debt-for-nature swaps, blue bonds, blue insurance, and blue impact investment schemes that will facilitate and sustain the blue growth agenda.

“I think this book is actually quite seminal in terms of helping us to plan for the future and guide the private sector on ways for developing,” Dr Friday said as he congratulated the foundation. He also indicated that on Friday, 17 May, The Blue Innovative Institute will be hosting a Climate Smart Cities EXPO on the Carenage that will also feature plans outlined in the publication to develop the Town of St George.

Following the launch of the publication, several copies were presented to key stakeholders including the Governor-General Her Excellency Dame Cecile La Grenade.

Grenada government commits to improvements in the legal system