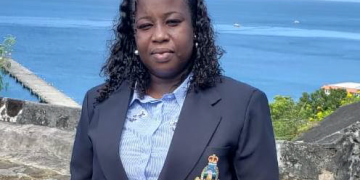 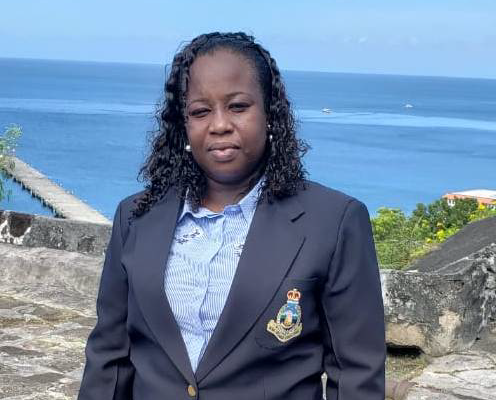 Woman Detective Corporal Shonell Cummings was presented with the prestigious award during the 34th Annual General Meeting and Conference of the Association of Caribbean Commissioners of Police, which was held from 21-24 May 2019 in the Cayman Islands.

WDC Cummings who joined the RGPF in 2008, is currently a team leader in the Operations Unit of the Drug Squad and is recognised by both her peers and senior officers in the force, as one who has demonstrated strength of character and who is resolute in the fight against drug trafficking, money laundering, firearms trafficking and transregional crimes.

She consistently demonstrates immense fortitude in the execution of her duties and her professional accomplishments attest to this.

In the past 2 years, WDC Cummings has participated in 247 police operations and made 31 major arrests. These arrests resulted in the seizure of more than 3,000 pounds of cannabis and several kilograms of cocaine with an estimated street value of more than $60 million.

The Acting Commissioner of Police has acknowledged and congratulated WDC Cummings on behalf of the Royal Grenada Police Force.

NOW Grenada is not responsible for the opinions, statements or media content presented by contributors. In case of abuse, click here to report.
Tags: amalgamated security servicesassociation of caribbean commissioners of policedrug squadpoliceshonell cummings
Next Post