This story was posted 3 years ago
in Notice
3 min. read

There will be a parade of the bands from Ariza Car Park onto Melville Street entering Kirani James’ Athletic Stadium Car Park.

All vehicular traffic entering the National Stadium will use the Queen’s Park Ring Road from its intersection with Cherry Hill, Mt Rush or Hump Back Bridge.

Vehicular traffic will not be allowed in the following areas:

VVIPs, VIPs and officials will be allowed to park on the concrete area in front of the National Cricket Stadium.

Media/Police Officers will be allowed to park in the concrete area behind the Cricket Stadium entering gate 6.

The general public will be allowed to park in gate 6 in the vicinity of the Cricket Net area.

No parking will be allowed in the following areas on either side of the road:

The Emergency Route from the National Stadium will be Queen’s Park Public Road onto Cemetery Hill, and onto Grand Etang Road.

Persons will only be allowed to vend on the sea side of the main public road along the Western Main Road.

There will be a delay in traffic for motorist travelling towards Melville Street from its intersections with the following areas from 1 pm.

NB: Motorists are advised to use alternative routes to get to their destinations.

The Royal Grenada Police Force requests the full cooperation of the general public in facilitating the temporary traffic arrangements.

The motoring public is also advised to comply with the directives given by the traffic officers, traffic wardens and signs.

NOW Grenada is not responsible for the opinions, statements or media content presented by contributors. In case of abuse, click here to report.
Tags: carnivalpolicespicemastraffic
Next Post 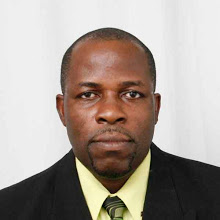 Grenada at OAS Special Meeting of the Committee on Hemispheric Security