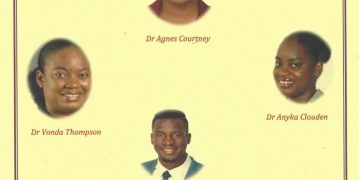 This story was posted 3 years ago
in Education, Health
2 min. read 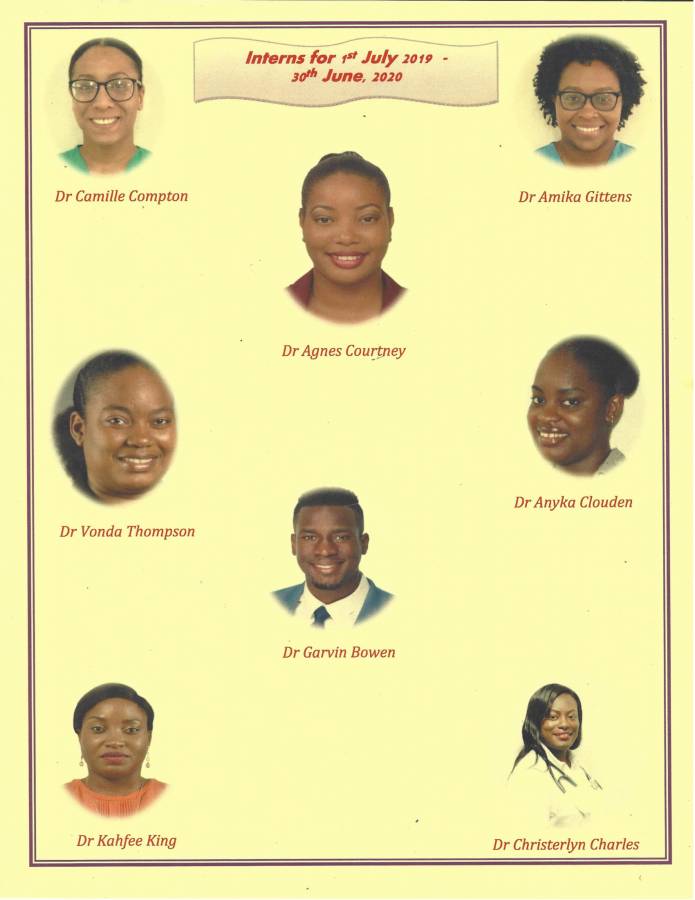 On 1 July 2019, 8 Grenadians – 7 females and 1 male who achieved medical degrees at St George’s University (SGU) will be creating history when they commence a period of internship at the General Hospital, in St George’s.

“This is history because it’s the first time that the group of interns coming to the General Hospital are all Grenadians who studied at St George’s University,” said Dr Donald Noel.

Dr George Mitchell, Chief Medical Officer said that the internship will conclude on 30 June 2020. “During the internship period, they will be working in Paediatrics, Internal Medicine, OBG/YN and Surgery. So, in the end, all of them will be having experience in all four areas,” Mitchell explained.

Founded as an independent School of Medicine in 1976, St George’s University opened its doors to students beginning in January 1977. It has evolved into a top centre of international education, drawing students and faculty from 140 countries to the Caribbean island of Grenada, in the West Indies.

The Government of Grenada offers thousands in scholarships to Grenadian students every year to assist them with studies at SGU.

The university programmes are accredited and approved by many governing authorities, and SGU is affiliated with educational institutions worldwide, including in the United States, the United Kingdom, Canada, Australia, and Ireland.

SGU has become the third largest source of doctors for the entire US workforce according to the Federation of State Medical Board.

NOW Grenada is not responsible for the opinions, statements or media content presented by contributors. In case of abuse, click here to report.
Tags: doctordonald noelgeneral hospitalgeorge mitchelllinda strakerst george’s university
Next Post

Primary schools in the north to benefit from GND Schools Inc. libraries