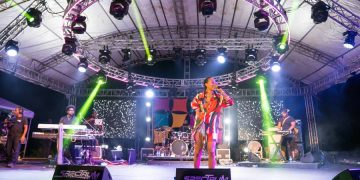 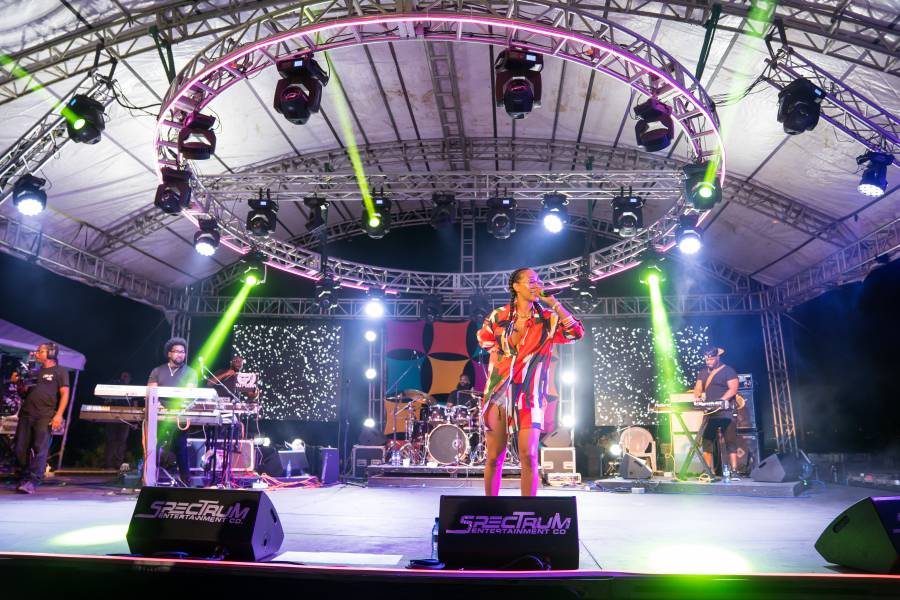 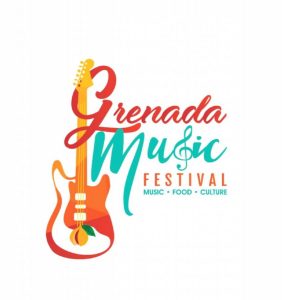 With the launch of the inaugural Grenada Music Festival in April, under the direction of seasoned entertainment organiser Steve Duncan and his coordinating team, GMF promised show-stopping entertainment and from early indications, all 3 nights exceeded the expectations of patrons attending the festival.

Recognising the importance a festival of this nature plays in the entertainment, tourism and economic landscape of Grenada, the organising committee knew it was imperative for the festival to be revived for 2019 following the cancellation announcement in late 2018 by the previous organisers.

The 2019 Grenada Music Festival was planned and executed within 10 weeks in order to ensure there was no gap year in the staging of the festival, “nothing is harder than starting an engine that sits dormant for a long period of time” said organising committee Chairperson Steve Duncan. “The show had to go on for the long term benefit of the country, and someone had to take the risk.”

Quarantine Point was indeed transformed into a festival village as thousands of patrons were welcomed at the main shuttle area by festival volunteers and the sweet serenading of sounds of melodic steel pan music by Cordel Byam, and Republic Bank Angel Harps, all while enjoying product samples from the festival sponsors as they awaited transfer to the village.

The entrance to the festival ground was lit with a sprawling guitar archway that opened up the area. From there, patrons experienced the premium beverage speciality bars from Westerhall Rums, NorthSouth Wines and Campari. Patrons could then saunter over to the food village lit with streaming lights perched in the trees and surrounded by picnic tables while nibbling on the offerings from steamed fish and cou cou, to curry goat and buss up shot and much more.

The Sol EC Rhythm & Soul night saw a cross-section of patrons grooving and swaying to the energetic sounds of Solid the Band featuring Jeverson Ramirez. Eddie Bullen and his band brought some more fire to the stage, featuring Grenadian guitarist Jeremy Hector and supreme vocalist Merissa Lindsay. The heat was turned up a notch when soul sensation Freddie Jackson belted out hit after hit after hit, that had the entire crowd rocking and singing from start to finish of his one-hour performance. The star-studded cast climaxed when pop sensation Keri Hilson hit the stage and had the audience singing word for word her many top ten Billboard hits.

Westerhall Reggae Night was a phenomenal showcase of top-class entertainment! The night opened with a splash of local culture with the debut performance of the Pride drummers and dance troupe which was founded by Kevin “Dred lion” Bullen and also featured the fire-eater. Tamara St Bernard moved on to the stage and showed the versatility of our home-grown performers while setting the stage for the entrance of the Marley dynasty. Ky-Mani Marley took us down memory lane as the audience reminisced with the sweet renditions of Bob Marley’s biggest hits. Then the jaw-dropping moment came when Ky Mani brought on stage surprise guest artist Etana sending Quarantine Point into frenzy. Reggae Night continued with the veteran in the business Maxi Priest who had the audience dancing and singing to his mega hits. As if that wasn’t enough, Busy Signal put down a show-stopping performance leaving Quarantine Point screaming for more. Busy’s extended performance was inspired by the sheer energy of the Grenadian audience. His manager commented that after feeling the true vibe of the audience Busy pushed out a longer performance and dazzled the stage with his prowess and versatility.

Night 3 climaxed with Soca Fusion and a firework display. Setting the mood on stage was a grand performance by the New Dimension Steel Orchestra which then transitioned into the Soca opening with the Hit Man himself “Inspector” and from there it was pace with performances by Luni Spark & Electrify, V’ghn, Dash backed by Solid the Band and The Action Band. Our regional friends then took the stage featuring Teddyson John, Blaxx and the diva herself Patrice Roberts, all performing like we have never seen before backed by the D’ All Starz Band. Blaxx himself stating on stage “I’m happy to give Grenada a different performance tonight with the backing of my full band.” Our 473 hitmakers closed the show with an electrifying performance from reigning Soca Monarch Wuss Ways and d’dragon himself Lavaman. 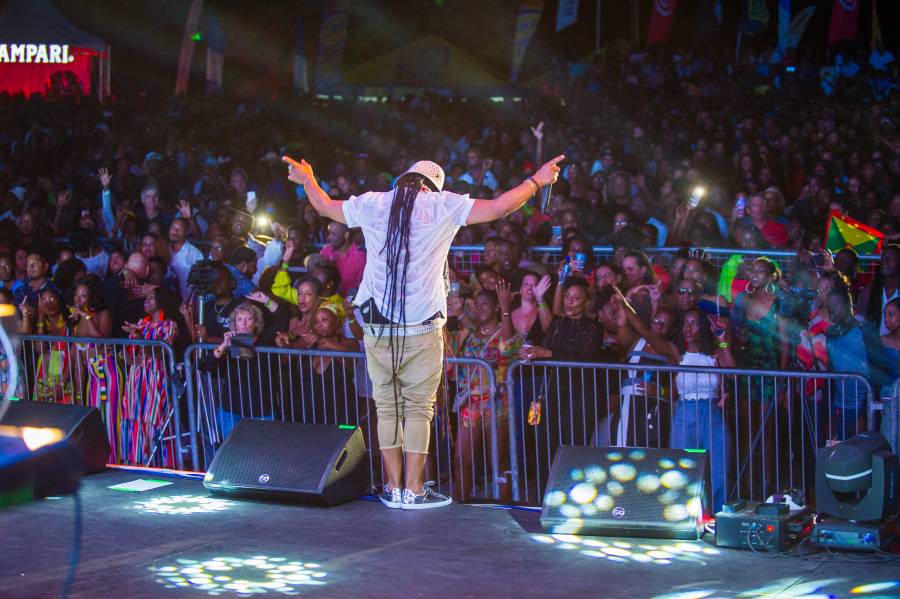 Mark your calendars for 2020 as 5-7 June has already been announced for the staging of the Grenada Music Festival. The Grenada Music Festival committee extends deepest gratitude to the thousands of patrons that supported the festival in record numbers on all 3 nights. To the sponsors that shared the vision and also took the risk to support this inaugural event, a heartfelt appreciation is extended to you. Additionally, thank you is extended to the Grenada Tourism Authority for the collaborative works that supported the staging of GMF 2019. The Government of Grenada must receive high praise for placing the confidence and support in the organising team that took up the mantle and staged the Grenada Music Festival for 2019.

The stage is set and wheels continue turning as we prepare for the Grenada Music Festival 2020!

NOW Grenada is not responsible for the opinions, statements or media content presented by contributors. In case of abuse, click here to report.
Tags: grenada music festivalquarantine pointsteve duncan
Next Post