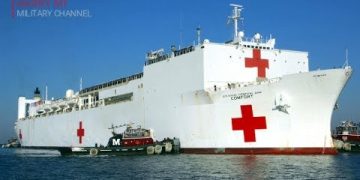 USNS Comfort on humanitarian mission to countries overwhelmed by Venezuelans

USNS Comfort on humanitarian mission to countries overwhelmed by Venezuelans

This story was posted 3 years ago
in Health, Politics
2 min. read 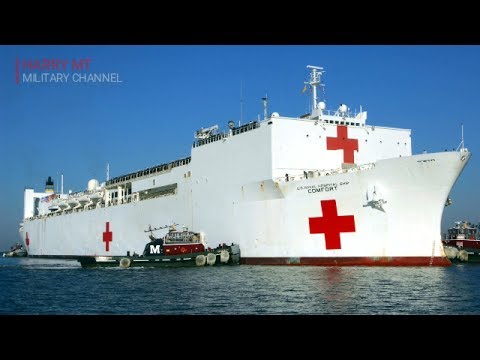 Grenada will be one of the ports of call for a US Navy hospital ship, which as of 5 June embarked on a 5-month mission to South America, Central America and the Caribbean to help countries “overwhelmed” by Venezuelan refugees.

The US Naval Ship Comfort will be in Grenada in September, according to a news release from the Government Information Service (GIS). Preparations and arrival of the ship were among topics discussed on Wednesday, 5 June with Acting Prime Minister Gregory Bowen during a courtesy call from United States Ambassador, Linda Taglialatela and other top officials.

“The areas of discussion included the upcoming visit by the US Naval Ship Comfort and Grenada’s preparedness for the 2019 Atlantic hurricane season among other areas. The naval ship is expected to visit Grenada for a week in September, providing general medical, dental and eye care for Grenadians,” said the release.

Principal Officer at the US Embassy in Grenada, Stephen Frahm, who departs Grenada this week, was among the officials present for the courtesy call. Minister Bowen thanked Frahm on behalf of the government and people of Grenada for his three and a half years of service and wished him the very best on his next posting.

The release said that Frahm’s successor is expected to take up duty in September, but the US officials have given assurances that the embassy will continue to provide regular services in the interim.

A complete listing for the ports of call is yet to be made public, but Press Secretary Philomena Robertson said that she is aware that besides Grenada, the ship will also be visiting other Eastern Caribbean islands that fall under the jurisdiction of the US Embassy in Barbados.

She was unable to confirm that Grenada is having a growing influx of Venezuelan refugees.

A news article on www.navytimes.com said that the naval ship in keeping with her status as a non-combatant vessel, naval personnel from the “combat” specialities are not assigned as regular crew or staff.

NOW Grenada is not responsible for the opinions, statements or media content presented by contributors. In case of abuse, click here to report.
Tags: hospital shiplinda strakerlinda taglialatelanavystephen frahm
Next Post