This story was posted 2 years ago
in Arts/Culture/Entertainment
2 min. read 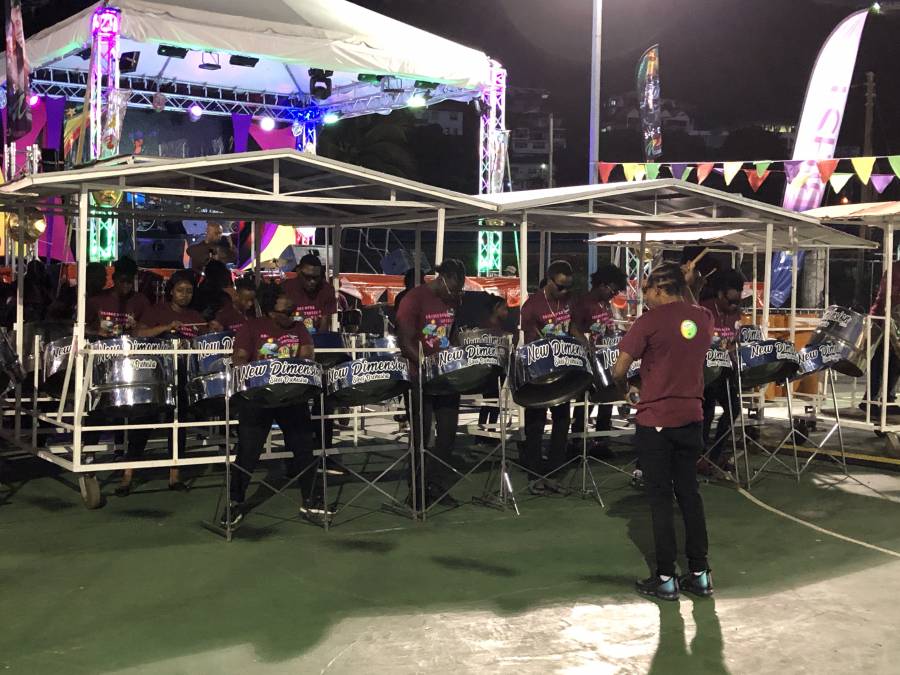 New Dimension Steel Orchestra dedicated their Pan Xpression (Bomb Tune) win to Adrina Byam, a long-standing player who passed away in February of this year.

Defending arranger Cordel Byam was quite emotional, and described their moment as bittersweet, following the loss of one of their star players and his sister. “I feel speechless and overwhelmed. I did this for my sister so that’s the best thing I can say. We have been practicing for a while because they keep pushing back the Bomb Tune competition, so maybe around 3 months we have been practicing, but for the senior [Panorama] competition that will give the band players more drive.”

This year’s win makes it his 3rd in a row as an arranger since his first win for New Dimension. The band which was formed in 1988, also has 11 Panorama titles.

One of the panel judges for this year’s competition is musician, composer, pannist from Trinidad & Tobago, Ray Holman. “The standards were pretty high,” said Holman, “and they are some good arrangers here. They just need a little guidance, but they have a lot of talent and I see a lot of young people are playing and in Trinidad it is the same thing too. A lot of the adults are backing off and the kids taking it up so it is good to see that because that is the future.”