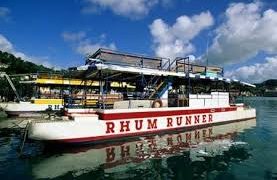 Owner and management of party boat disassociate themselves from indecent video

Owner and management of party boat disassociate themselves from indecent video

This story was posted 3 years ago
in Law, Travel/Tourism
3 min. read 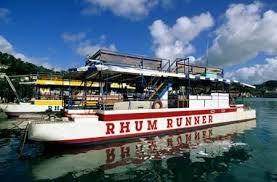 The owners of the Grenada leisure/party boat which is featured in a video displaying indecent and lewd behaviour of a couple, has disassociated themselves, the company, the management and the staff from the recording which appeared on social media platforms from last Sunday following a cruise which was themed “Whistle and Horn.”

In the video, a couple can be seen engaging in behaviour which many are describing as sexual.

“Our company finds this offensive and disturbing both morally and socially, and deeply damaging to the reputation of the company,” said a news release issued from Best of Grenada whose managing director is Andrew Bierzynski.

“The public is assured that this behaviour in no way represents the standards or morals of Best of Grenada Ltd, its owners, management, staff and crew,” said the release which disclosed that the matter is under review by the relevant authorities and the company will appreciate the cooperation of anyone who is able to assist in identifying the couple.

The release also disclosed that all persons chartering the boat for use are aware of the rules for renting. Among the rules is the forbidden use of illegal drugs and no offensive behaviour.

“Guests must not engage in any obscene, indecent, abusive or any other behaviour deemed inappropriate or offensive to public morals, or deemed to have a negative or potentially negative impact on functions being held, or to be held aboard the Best of Grenada Vessels,” said rule number 3 of the agreement signed between the management of Best of Grenada and the person or promoter chartering the vessel.

On Tuesday, the police announced an investigation will be conducted into the video to determine if the act in the video is violating any laws.

However, at the post cabinet briefing, Culture Minister Norland Cox said that from initial assessment it’s not what most people think that is taking place.

A timeline was not provided to conclude the investigation.

Grenada’s Electronic Crime Act forbids the distribution of images displaying private parts of a person. Section 10 (1) of the Electronic Crimes Act (Violation of Privacy) states that, “a person who, knowingly or without lawful excuse or justification, captures, publishes or transmits the image of a private area of a person without his or her consent, under circumstances violating the privacy of that person commits an offence and is liable on summary conviction to a fine not exceeding $200,000 or to a term of imprisonment not exceeding 3 years or to both.”

While Section 131 of the Criminal Code states, “Whoever in any public place is guilty of any indecent, disorderly, or insulting behaviour shall be liable to imprisonment for 3 months, or to a fine of $1,000 or to both imprisonment and fine.”

Section 430 of the Criminal Code states, “Whoever publicly and wilfully commits any grossly indecent act is guilty of a misdemeanour.”

Where a crime is declared by this code or by any other statute, to be a misdemeanour, and the punishment for it is not specified, a person convicted thereof shall be liable to imprisonment for 2 years, or to a fine of $4,000 or to both.

NOW Grenada is not responsible for the opinions, statements or media content presented by contributors. In case of abuse, click here to report.
Tags: best of grenadacriminal codelinda straker
Next Post