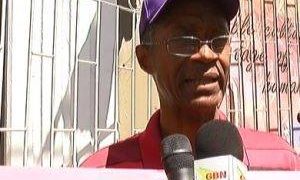 The passing of “The People’s Doctor”

The passing of “The People’s Doctor” 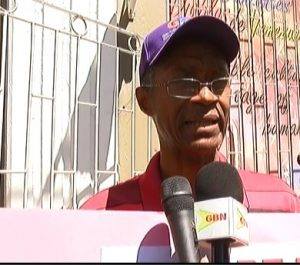 by Sandra CA Ferguson, for Grouping of Civil Society Organisations

It is with deep sadness we have learnt of the passing of “the people’s doctor” Dr Winston “Doc” Thomas of Carenage, St George’s.

Dr Thomas, well-known and well-loved for his accessibility and dedicated medical service to ordinary citizens, was a patriot who put service before self. Throughout his medical career, he demonstrated that he understood that the opportunity he had been afforded during the period of the Revolution (1979-1983) to study medicine in Cuba — courtesy the Government and People of Cuba — was not only about personal success but also about “making Grenada and Grenadian lives better”. His service exemplified this understanding, and countless persons have a story to tell about how Doc assisted them in an hour of medical need.

The passing of Dr Winston Thomas is a great loss to Grenada and to the health service in particular.

Doc was also a well-known civic voice. As a member of various civil society organisations — Friends of the Earth-Grenada, Grenada Human Rights Organisation, National Initiative for Prolific Policy and a trade union activist — he was at the forefront of the debate, discussion and civic action on many issues touching and concerning national development. Many will recall his prolific interventions and contributions over the last 20 years to the various call-in radio programmes, thus raising the awareness of the listening public and helping to bring balance to the passionate discussions on many issues which were the subject of these call-in programmes.

Dr Thomas is one of the persons who participated in the development of the first Civil Society Organisations Code of Political Conduct to Guide Election Campaign in 1999 and contributed to the subsequent codes developed for the general elections of 2003, 2008 and 2013.

The members and associates of the Grouping of Civil Society Organisations extend their condolences to the family, friends and colleagues of Doc. We will remember him with great affection and gratitude. May he rest in peace!

NOW Grenada is not responsible for the opinions, statements or media content presented by contributors. In case of abuse, click here to report.
Tags: grouping of civil society organisationssandra fergusonwinston thomas
Next Post