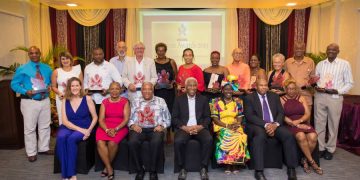 This story was posted 3 years ago
in Business, PRESS RELEASE, Travel/Tourism
3 min. read 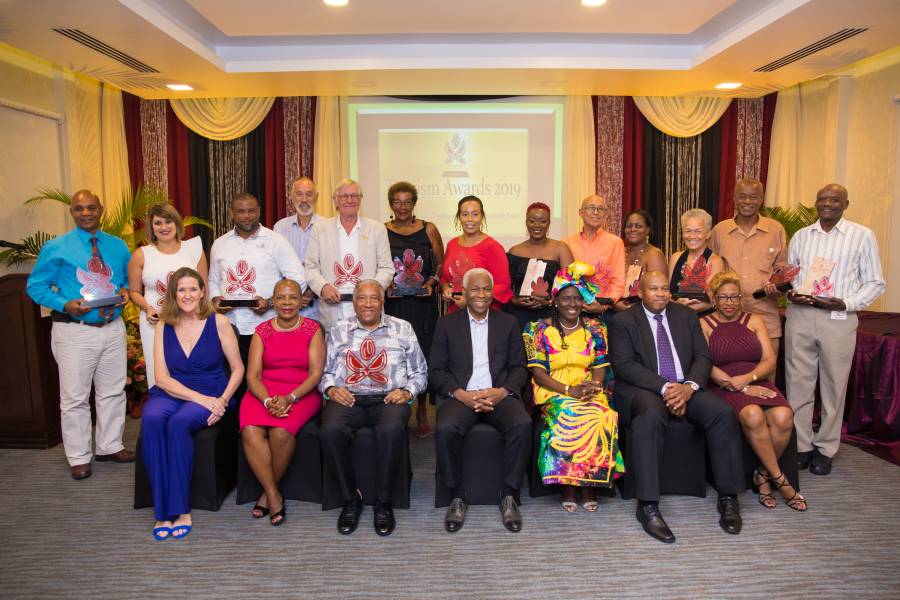 It was a night of glitz and glamour as the tourism stakeholders exemplifying service excellence and innovation were awarded.

The 2019 Tourism Awards 2019 took place at the Spice Island Beach Resort on Thursday, 18 July under the theme, “Celebrating Successes, Looking to a Bright and Sustainable Future.” The initiative was conceptualised to celebrate the industry’s success by recognising tourism businesses and stakeholders make significant contributions. The awards criteria included, length of service, quality of service, feedback (online or otherwise), unique selling propositions, innovative business aspects and other contributions to the sector.

Also recognised during the ceremony were the 3 recipients of the People’s Tourism Choice Award 2018 chosen from nominations received by the public during Tourism Awareness Month in November. Nominations were accepted from the 8 sectors of the Tourism Industry.

Speaking at the ceremony, Minister for Tourism and Civil Aviation Hon. Dr Clarice Modeste- Curwen thanked all the awardees and stakeholders in general for their contributions to the industry especially following the historic half a million visitors mark achieved last year. She said, “On top of the phenomenal growth last year, up to May 2019, a 4.96% increase was recorded for stayover arrivals while the cruise and yachting sectors are also on the positive side of growth. This continued growth could not happen without the efforts of everyone in the tourism industry and our people.”

Delivering the keynote address was Acting Secretary General of the Caribbean Tourism Organisation (CTO) Neil Walters. He praised the initiative to ensure that stakeholders were awarded from multiple sectors in the industry. He also stated that because visitors want experiences different from their country, “A whole new frontier has opened up and the only limit is our imagination in the process of turning our normal way of life into an experience we share with visitors to our shores.”

Acting Prime Minister Hon. Gregory Bowen underscored the importance of the industry to Grenada’s economy saying, “If one considers the direct contribution of tourism through sources such as restaurants and accommodation, to the GDP of this country, it is 6%. However, we understand that when we consider the linkages and indirect contributions, that figure grows to 23.3%. This is indeed significant. Therefore, government through the Ministry of Tourism and Civil Aviation is working to maximise the benefits from this industry.”

Receiving the Minister’s Special Achievement award was Sir Royston Hopkin KCMG, the Managing Director of the Spice Island Beach Resort. Sir Royston’s contributions to tourism span over 3 decades and continue till present. He and his family have built the Spice Island brand into a world recognised luxury brand. Sir Royston graciously accepted the accolade and encouraged citizens to invest in developing quality products and offerings.

NOW Grenada is not responsible for the opinions, statements or media content presented by contributors. In case of abuse, click here to report.
Tags: grenada tourism authorityroyston hopkintourism
Next Post