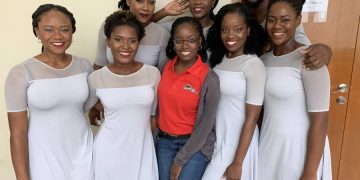 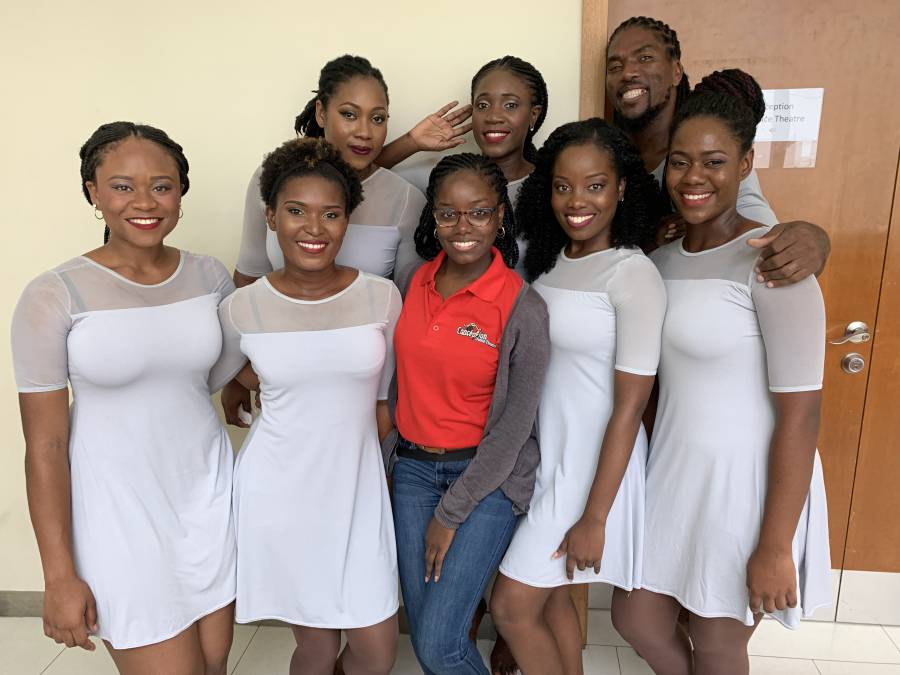 Over the last three days of performances, Conception has wowed audiences with pieces that highlight Grenadian and international themes by interweaving the essence of Grenadian culture through a blend of modern, contemporary, and neo-traditional Grenadian folk dances. The first night, 17 August at the CARIFESTA Grand Market, saw Conception joining the Grenada delegation consisting of the PBC Boys Choir, Touch of Grace gospel choir, Carriacou Culture Train String Band, and Spices Dance Company to present A Journey to Grenada. As part of this journey, Conception performed “Grenada’s Revolution: Revelation and Reflection” choreographed by Cecilia Griffith and set to “Bitter Sweet Better” a poem by Akino Romain.

Conception Dance Theatre then journeyed south to San Fernando for performances at the Southern Academy of the Performing Arts (SAPA) and Naparima Bowl. “To The Border…Refugees Plight” choreographed by Leah Joseph left the audience at SAPA with goosebumps, while the audience at Naparima Bowl got a taste of jab jab with “Jambalasse” also choreographed by Leah Joseph. Conception returns to the Southern Academy of the Performing Arts on Thursday, 22 August to present their final piece, “The Storm”, choreographed by Cecilia Griffith.

Artistic Director of Conception Dance Theatre, Cecilia Griffith is proud of how well her team has represented Grenada on the CARIFESTA stages. According to Griffith, “our goal as choreographers and dancers is to elevate the perception of Grenadian dance, and establish Conception, and by extension Grenada, as a creative force in the region.” This, Griffith says, would not have been possible without the support of the Grenadian community, and thanks everyone involved in making their participation in CARIFESTA XIV possible.

Conception Dance Theatre especially thanks Angus Steele of Spice Concoction for his mentorship and wisdom, as well as sponsors Netherlands Insurance Company, proud sponsor of the arts, and Grenada Co-operative Bank, benefactor of the arts, for their contributions and support. Conception Dance Theatre also thanks the Government of Grenada and the Ministry of Youth, Sports, Culture and the Arts for endorsing Conception, and for their logistical support.