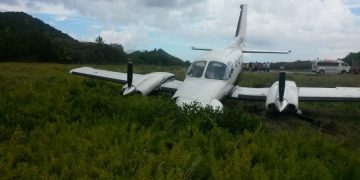 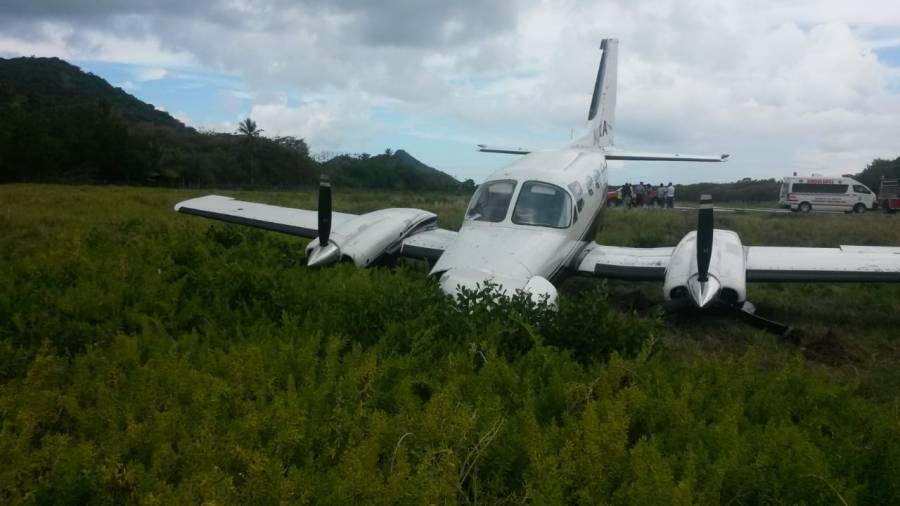 On Wednesday, 7 August 2019 at approximately 10:00 am, a private aircraft, Cessna 421 flying from Piarco International Airport (POS) in Trinidad to Lauriston Airport (CRU), Carriacou veered off Runway 27 after landing.

Initial reports indicate that the aircraft stopped about 120 feet east of the end of the runway.

The Lauriston Airport Fire Department, the Police Department and the Medical Services reported to the scene to provide the necessary support in accordance with the airport’s emergency protocols.

All four persons on board (three crew and one passenger) were evacuated from the aircraft and safely transported to the Princess Royal Hospital for observation. No injuries were reported and they have all been discharged.

The Lauriston Airport is currently closed, pending the arrival of the inspectors from the Eastern Caribbean Civil Aviation Authority (ECCAA) to conduct their investigation into the accident. The Grenada Airports Authority is cooperating with the ECCAA to ensure that the process is conducted smoothly and to facilitate the re-opening of the airport in the shortest possible time.

Ministry of Tourism and Civil Aviation

NOW Grenada is not responsible for the opinions, statements or media content presented by contributors. In case of abuse, click here to report.
Tags: accidentcessnaeastern caribbean civil aviation authoritylauriston airportministry of tourism and civil aviation
Next Post