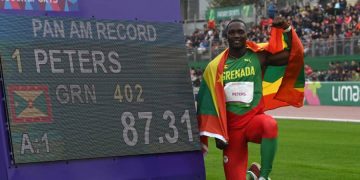 This story was posted 3 years ago
in Sports, Youth
4 min. read 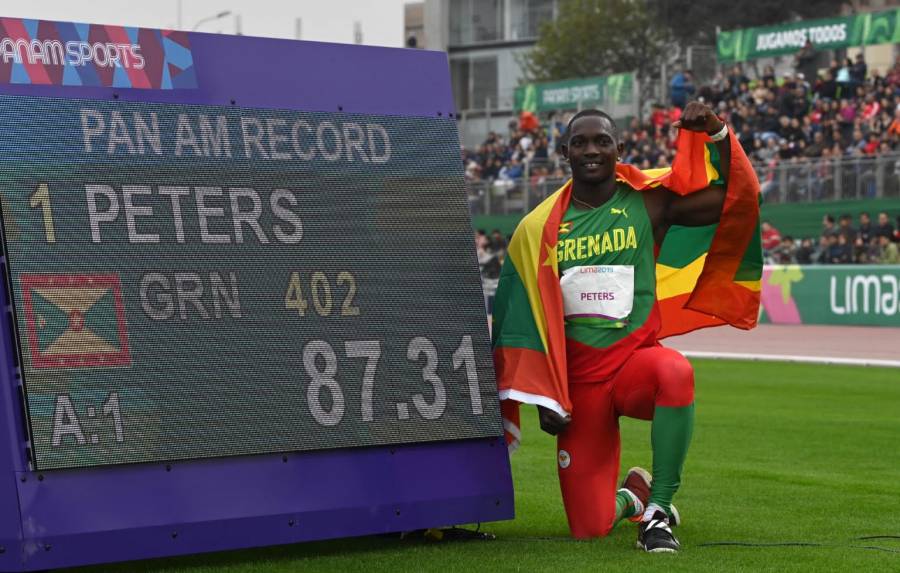 Due to National Collegiate Athletic Association (NCAA) amateurism requirements, the Government of Grenada will not be able to remunerate Anderson Peters for receiving a gold medal at the Pan American Games at the Estadio de la Videna in Lima Peru.

On Wednesday during government’s weekly post-cabinet briefing, Minister for Youth, Sports, Culture and the Arts, Senator Norland Cox publicly congratulated Peters for making Grenada proud, and indicated that the ministry is unable to reward him for his performance as this can jeopardise the agreement which requires state universities which are members of the NCAA to ensure that all of its student-athletes be amateurs in their sport.

“He is under the NCAA rules and as such he is not allowed to receive any monetary gifts or so for his performance, and as such the government was not in any way going to do anything to jeopardise his scholarship,” said Minister Cox.

Minister Cox said the only thing that can be done is to continue to recognise Peters as one of Grenada’s sports ambassadors and continue to provide him with the necessary technical support.

“The same way we have continued to engage him after the Commonwealth Games, what we would do was to recognise him as one of our sports ambassadors and that will continue. We will continue to provide technical support and wherever we can at least at this point in time. So just to make it clear, it is for those reasons that we would not be providing such support.”

According to NCAA rules and regulations, “College-bound and current student-athletes who want to compete at Division I and II schools need to preserve their eligibility by meeting NCAA amateurism requirements.”

An athlete is considered a professional when:

Peters is going into his third year at Mississippi State University, pursuing a bachelor’s degree in Business Administration. He has set his eyes on the 2020 Summer Olympics in Tokyo, Japan, drawing inspiration to compete at the Summer Olympics after witnessing Trinidad and Tobago’s Keshorn Walcott, the 2012 Olympic gold medalist.

“He won the gold medal in the Olympics in 2012 and he won a bronze in 2016 so being able to compete against him is a motivational factor for me because he was the one that opened my eyes, that showed me that Caribbean guys can do this in Europe because winning the Olympics is a big deal. So once he won the first Olympics… I started dreaming of becoming a champion,” said Peters.

Peters’ personal trainer Paul Phillip, of the St David’s Track Blazers, is confident that Peters can surpass his personal best at the 17th edition of the IAAF World Athletics Championships.

He said his confidence is based upon observing Anderson’s last attempt which resulted in a long foul after stepping on the line, but this shows that he has the potential at throwing farther than his record.

“That attempt would have taken him somewhere past 87 metres, well into 88 metres. If he can reproduce that performance at Doha we think that very likely he will not only make the finals but probably will be on the podium.”

Peters is back in college as he prepares to compete at the IAAF World Athletics Championships, scheduled for 27 September to 6 October 2019 in Doha, Qatar at the renovated multi-purpose Khalifa International Stadium.