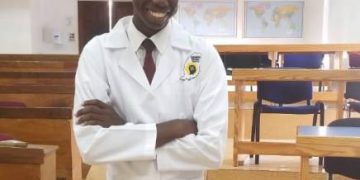 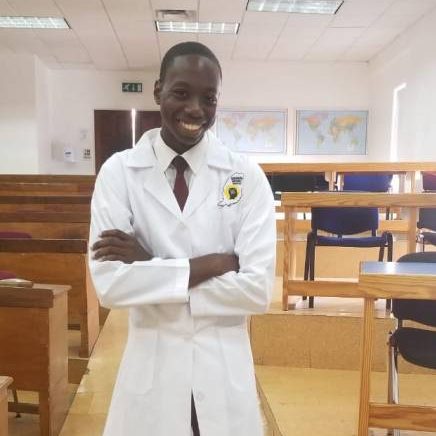 Thomas is an extremely bright 15-year-old who attends the J W Fletcher Catholic Secondary School. He was very upbeat as he and his coach, science teacher, Erin John, prepared him to engage in a battle of the brains for the 2019 title.

“It can be a challenge preparing for the Brain Bee and keeping on top of my normal studies, as it can become all-consuming,” he said. “Before my science teacher entered me in the local competition the only thing I knew about the brain was that it is pink and in your skull! Now I’m determined to do my best and bring home the title,” he added.

He said taking part in the competition has given him a “number of treasured opportunities, one of them is travelling to different parts of the world and getting to meet with other young persons and understanding their motivation for being involved in the Brain Bee and how they see this shaping their futures.”

Before he departed for the finals which take place from 19-23 September, Thomas encouraged his supportive classmates to strive for excellence at all times. He also said that he would love to see others join the Brain Bee and eventually take his place in representing Grenada. The Grenada National Brain Bee commences in September each year.

The International Brain Bee competition started in 1998, its mission is to build better brains to fight brain disorders. This neuroscience competition for teenagers, from 14-18 years, challenges them to study and understand the brain and its reactions in both good health and when diseased.

Dr Norbert Myslinski, founder of the competition, felt this was a perfect forum in which to grow and nurture future generations of specialist researchers, neurologists and others by creating a forum in which to inspire and motivate young men and women to pursue careers in basic and clinical neuroscience.

For the 2019 finals, 30 countries will be represented in South Korea, making it no small feat for Grenada, the only Caribbean country to be represented at the Brain Bee World Championship.

Thomas and his school received a boost to their fundraising efforts for the trip from CIBC FirstCaribbean. The bank’s Country Manager Nigel Ollivierre said the bank was “very pleased to support both Jevonie and JW Fletcher Catholic Secondary School in raising the funds to go to the finals, and the Grenada National Brain Bee in their quest to push forward and grow the competition at a local level.” He said, “Such intense efforts to educate our nation’s youth and to encourage them to aspire to the highest levels of achievement deserve our support. The holistic experience, not only in the pursuit of academic excellence but also the lessons which can be learned from competing, collaborating and interacting with other motivated high achievers, both at home and abroad, have to make this a rewarding experience for all who have taken up the challenge.”

Creating a culture of kindness and inclusiveness in schools