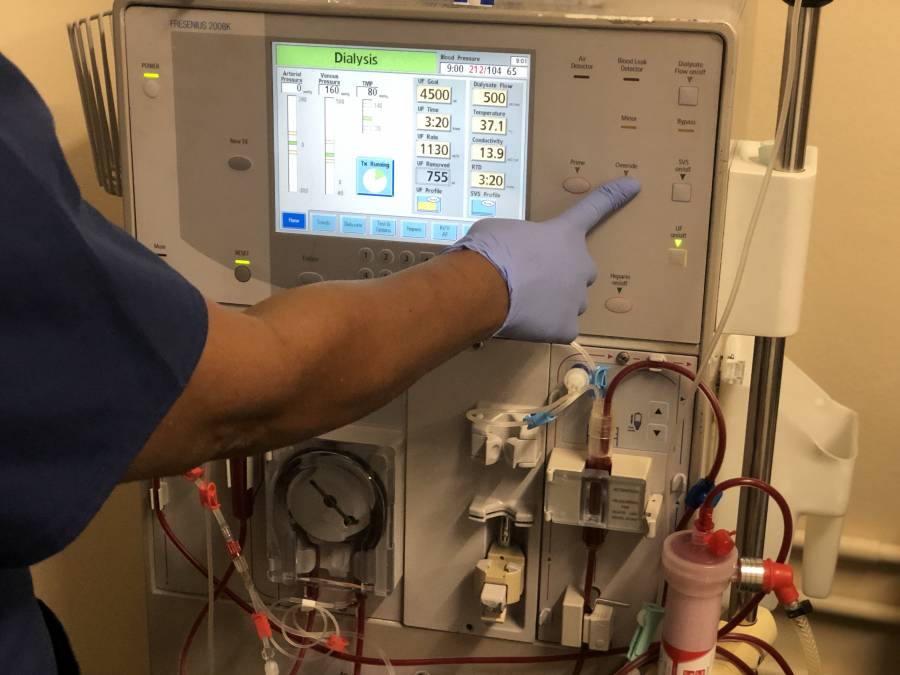 This story was posted 3 years ago
in Health, Video
3 min. read
Share

The number of patients with End-Stage Renal Disease (ESRD) continues to swell, and for the country’s only privately operated haemodialysis unit this is cause for concern. End-stage renal disease (ESRD) is kidney failure that is treated by dialysis or a kidney transplant.

As Island Health Services (IHS), led by Managing Director, Trevor Forrester, prepares to officially commission the site at its new location on Grand Etang Road in St George’s, the task ahead of managing the increasing numbers of patients in need of dialysis treatment has prompted the need for the clinic to also focus on chronic disease management as a means of slowing down the numbers. “I think there are three kidney doctors on the island. I spoke to one and she alone is seeing 60 patients that are not yet on dialysis, so we are now getting everybody together, collecting all the information so we can make a good projection. [This] is what we are trying to get to,” said Forrester.

At present the haemodialysis unit at the St Augustine Medical Services (SAMS) can only treat three patients at the same time, with four hours of treatment required per patient. The new location is expected to accommodate five dialysis machines in the initial stages, with the intent of increasing to 10 machines, based on the current need for dialysis treatment.

Forrester highlighted the reality of kidney failure in Grenada, pointing to the fact that most patients who are referred for treatment have already reached the stage of having ESRD.

“Often when we don’t hear about a patient and they show up, it is a poorly managed patient or self-managed patient and the financial means are usually very little and it tends to tell how the patient ended up in that situation. They didn’t even know what was going on with them and their kidneys just shut down on them and they end up at our unit. So, it is difficult for a patient in that situation to come up with funding that is needed at that point in time. So, we go ahead and treat and we continue to treat until things settle down and the patient has a chance to talk to government or have a chance to talk to the [Grenada] Kidney Foundation to see how they can help, and we try to manage as best as we can with those patients.”

With the added strain of increases in the number of patients, negotiations are ongoing with the Ministry of Health to assist in funding the cost for dialysis treatment. “We are working on doing a little bit more because our patient population has grown exponentially. We used to support about 20% of patients as in covering their fee, or writing-off their cost and that number has grown to almost 40% of our patient population; so as you can imagine, it is becoming difficult to manage. We have been talking with the Ministry of Health to work out a solution to help those who cannot find any funding at all to support themselves.”

In response to this situation, Forrester stressed the need for the unit to not only focus on treatment but on chronic disease management as a means of curbing the numbers. “The project is more than just dialysis, we want to help chronic disease management and working with the National Health Insurance if it comes along, to expand that, because diabetes and hypertension are the two main indicators in kidney failure…so we want to get involved…to try to hold off the number of end-stage patients that we are seeing.”

Forrester promises that work is progressing despite not being able to meet the projected deadline of March 2019 as a result of delays in getting the facility operations. “Most of the delays were with the contracting work, shipping delays. We accounted for that, but it still pushed us beyond the delivery date,” he said.

The unit is mere weeks away from commissioning the equipment and conducting various water testing and microbiology testing of the unit to ensure that the facility is fully operational.