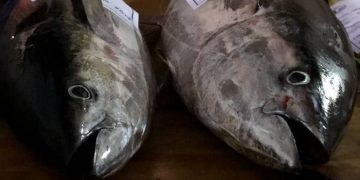 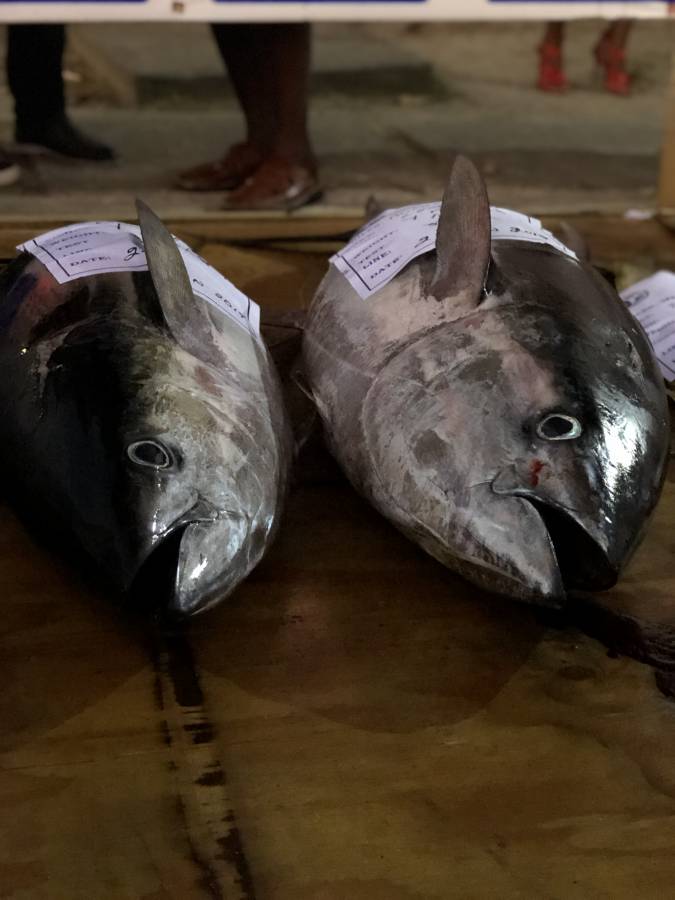 After making its inaugural debut in 2018 with 17 participating boats, the Spicy Tuna Fishing Tournament is back for the second year with double that number.

This year 30 boats mostly from Trinidad and Tobago have registered to participate for this spectacular sportfishing event which is a collaborative effort between the Grenada Game Fishing Association, comprising organisers of the Budget Marine Spice Island Billfish Tournament and Trinidad and Tobago Game Fishing Association. Boats berth at the Grenada Yacht Club for the tournament.

The tournament is fully endorsed by the Grenada Tourism Authority and will focus on catching only tuna species as opposed to marlin and billfish. Fishing commenced Friday, 6 September from 6:30 am and on both days, 6-7 September.

According to Tournament Director Mark De Verteuil, the inspiration to bring this tournament in Grenada started after experiencing the Spice Island Billfish Tournament three years ago where it was witnessed that Grenada has access to some world-class yellowfin tuna.

De Verteuil also added that without the world-class marina service and easy access through immigration this tournament would not be a success.

“You guys supply a fantastic product here with the marina facilities. The fishing here is good and this time of year the weather is mostly calm, so it is nice for the guys to come across with the smaller boats and not just the big fishing boats. Working with Richards McIntyre and the crew from the Spice Island Billfish Tournament, they also really make life very easy in terms of putting together the event. They help us register with Fisheries [and] with the Ministry of Tourism making sure that we get all the approvals.”

As was the case last year the Spicy Tuna Fishing Tournament organisers have already identified charity organisations and institutions that will benefit from receiving some of the fish caught.

“Part of the event, we allow each boat to weigh two yellowfin tuna per day. One from each boat will be donated to charity, so at the end of the day, we want to give back to the Grenadian community. 50% of the tuna that comes to the scale will be donated to local charities,” said De Verteuil.

During the official Thursday launch on, Nikoyan Roberts, Manager, Nautical Development at Grenada Tourism Authority spoke on behalf of the Ministry for Tourism and Civil Aviation Hon. Clarice Modeste Curwen. During her speech, Roberts reiterated the ministry’s commitment towards ensuring the continued success of the tournament.

“Grenada is right for good fishing, for a great marina product like the Grenada Yacht Club and our high-end Port Louis Marina, for hospitality, the basic provision of Ice, fresh water, gas and the excellent service provided by border control authorities, customs, and immigration. My tourism team and I encourage you to enjoy the great fishing and the warm friendship that is being cultivated at this year’s Spicy Tuna Fishing Tournament,” Roberts said.

Meanwhile, the construction of additional berthing facilities at the Grenada Yacht Club on Port Highway, St George has been completed and can now accommodate between 10 and 12 additional boats.

The $2 m project which commenced in 2018, was prompted by a lack of berthing space at the Grenada Yacht Club which led to the committee utilising space at the nearby Port Louis Marina at a cost whenever tournaments are held.