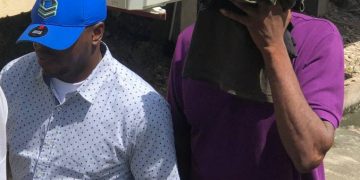 This story was posted 2 years ago
in Crime, General News
1 min. read 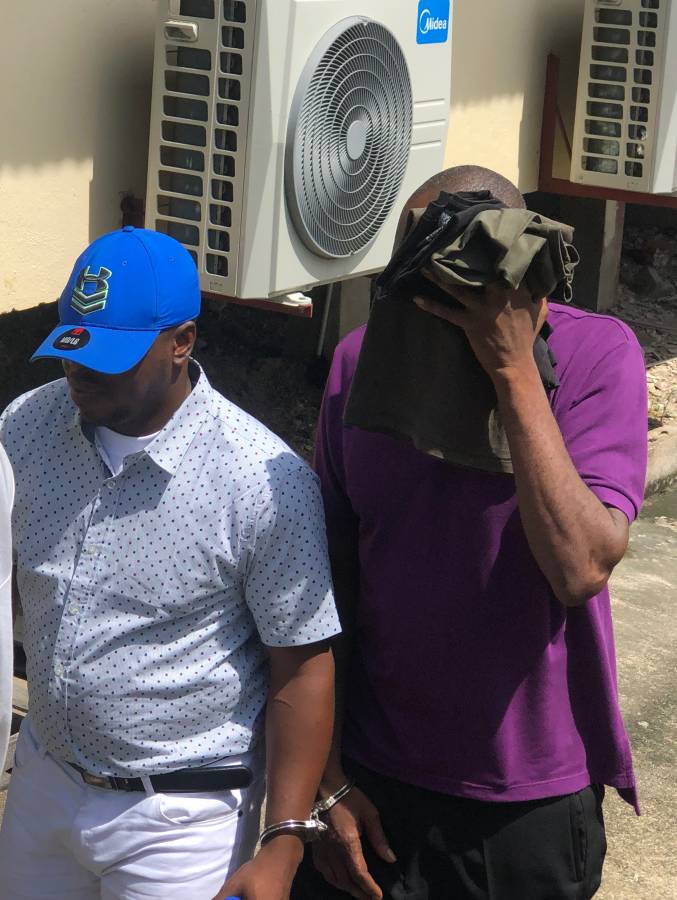 Randolph Lawrence, wearing purple T-shirt and black pants being escorted by police out of the St George’s Magistrate Court
Share

One week after the burial of Charles Allard, also known as Tall Joe in the Mt Royal community of Carriacou, 52-year-old Randolph Lawrence made his first court appearance after being charged with non-capital murder.

Allard was found at home with a stab wound to the chest, on 20 August by Lawrence, who is the son of Allard’s wife.

Wearing a purple T-shirt and black pants, Lawrence attempted to evade cameras as he was escorted by police out of the St George’s Magistrate Court earlier this afternoon. Attorney George Prime is representing the family affected and the prosecution has five witnesses ready to testify.

Reports are that a second autopsy was conducted on Allard for confirmation after the first found that there was foul play involved.

The accused was charged on Friday and is being represented by attorney Derick F Sylvester. He is expected to appear in court for mention on 2 October and is expected to return on 11 October 2019.