This story was posted 3 years ago
in Business, Education
2 min. read

While government awaits the plan to solve the industrial impasse at the TA Marryshow College (TAMCC), the two trade union representatives on the College Council recused themselves from the emergency meeting called on Tuesday, 12 November.

The objective of the meeting was to decide on a resolution for the industrial protest being undertaken by workers at the education institution who are employed by the council.

As of last week Thursday, the workers led by union leaders have undertaken midday protests demanding that their increment be paid. Public employees typically receive annual raises based on salary increments.

“Yes, we did recuse ourselves from the meeting to avoid any conflict of interest,” said Lydon Lewis of the Grenada Union of Teachers. Rachel Roberts who also sits on the council representing the Public Workers Union also left the meeting. Both representatives left the meeting when the subject of the increment was the topic of discussion.

Interim Chairman of the council, Augustine Vesprey said that the meeting was to come up with a plan for submission to government by identifying the possible resolution to the ongoing industrial impasse. “That plan was not finalised at Tuesday’s meeting, we are still working on it,” he said on Wednesday.

The workers are demanding they are paid increments for the period 2014 to 2018 totalling EC$6.1 million. The council is unable to pay despite receiving an increase in subvention in 2018. The college, up to 2017 received EC$12 million in subvention but it was increased in 2018 to EC$14.9 million.

Most of the money is used to pay staff monthly salaries.

In sharing some light on the matter, Pamela Moses, Minister for Tertiary Education, Skill Development & Education Outreach said in Tuesday’s post-cabinet briefing that the present impasse is a matter between the council and workers because the college is a statutory body.

“The plan will determine how government can assist in bringing the impasse to an end,” Moses said on Wednesday when asked if government will provide a bail-in for the college.

If the council decides to increase tuition fees at the college it must first be approved by government.

NOW Grenada is not responsible for the opinions, statements or media content presented by contributors. In case of abuse, click here to report.
Tags: augustine vespreylinda strakerlydon lewispamela mosesrachel robertstamcc
Next Post 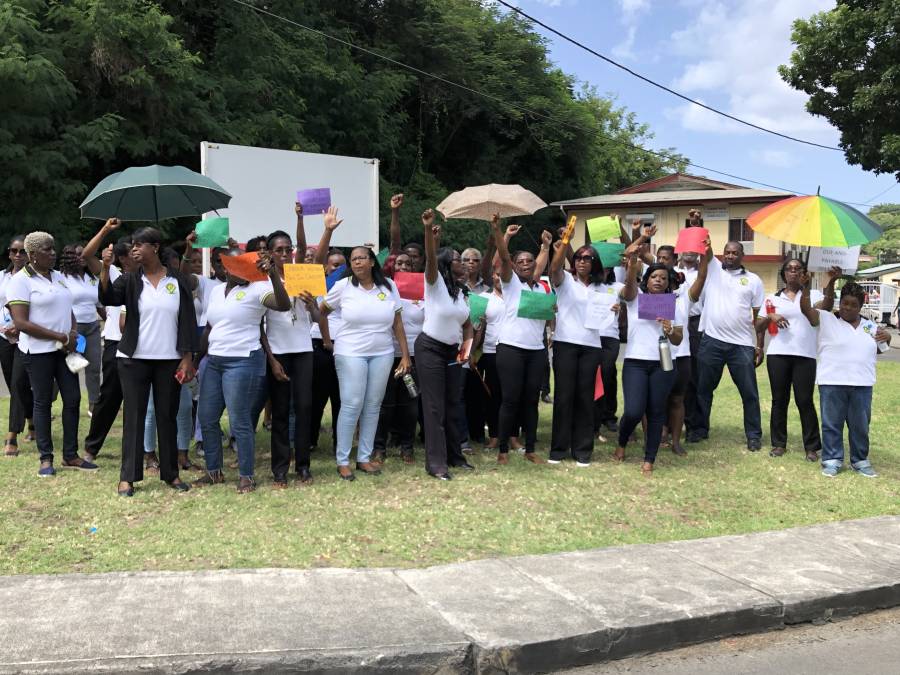