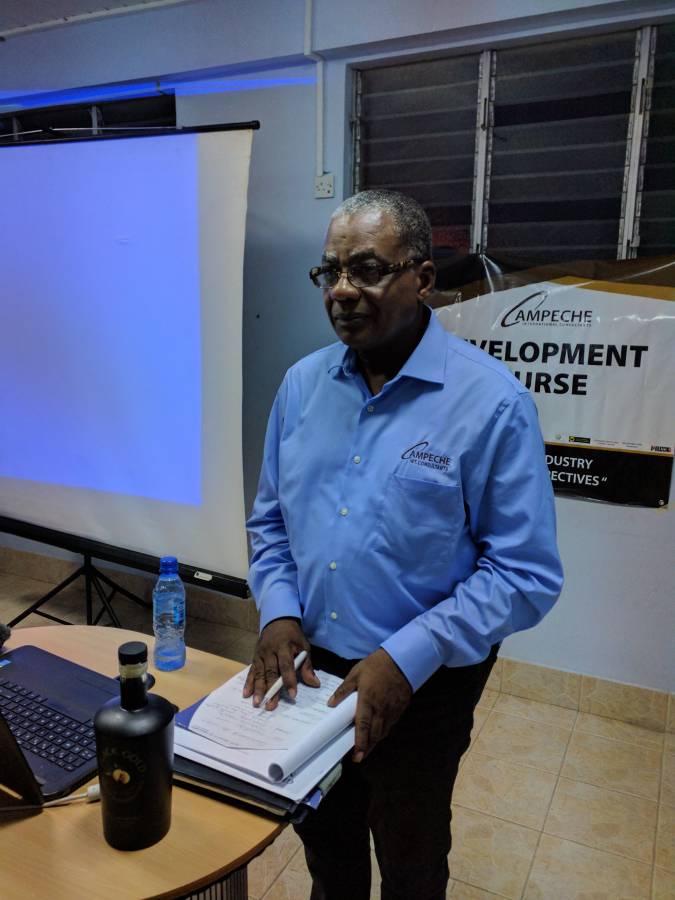 This story was posted 3 years ago
in Business, OPINION/COMMENTARY
7 min. read

This is the first in a series of articles intended to keep readers up to date on developments in the world of cryptographic technology-based currencies, including the Eastern Caribbean Central Bank (ECCB) Digital Currency (DXCD).

This first article seeks to provide a cursory historical evolution of money, in our region and the Eastern Caribbean Central Bank’s rationale for its Digital Currency (DXCD) pilot project.

The world’s economy has been increasingly digitised, thanks to the rapid and seismic rise in eCommerce and its accompanying technologies. As the world’s economy and payment methods and systems changes, including the emergence of private mined currencies, central banks money and the role of cash like the United States Dollar and the ECCB Dollar have been shrinking. As a consequence, central banks must consider and take the appropriate actions in order to be able to facilitate cross-border trade and help spur economic development. Some countries such as Sweden have experienced a significant decline in the use of cash, and [this] has led to the development of the eCrona. Other countries such as The People’s Republic of China (PRC) and Russia have also been active in this area. The ECCB has not been left behind that curve.

On 13 March 2019, Timothy Antoine, Governor of the Eastern Caribbean Central Bank (ECCB), announced the launch of its pilot project on “Blockchain Technology & Digital Currencies.” This pilot project is undertaken in partnership with a Barbados-based financial technology company Bitt. On 11 October 2019, the Governor in a well-choreographed regional video conference, announced the launch of the East Caribbean Digital Currency, herein referred to as DXCD.

This is certainly a bold action undertaking on the part of the ECCB, which aims to be the world’s first central bank-issued digital currency, running on the blockchain technology.

Before getting into the explanation/rationale/justification articulated by the ECCB for this bold initiative, it is useful to explain the following:

The next two articles will address issues 2–4.

In classical monetary economic terms, money is a financial instrument that fulfils the basic functions as a medium of exchange, unit of account, store of value, and standard of deferred payment. The function as a medium of exchange allows efficient transactions of goods and services among people without forming an inconvenient barter system. In the Middle Ages, payments at times required the services of a money changer to assess and value the coins being used.

The pre-Hurricane Janet (1955) generation recalls the period in our history when, the use of bartering was widespread, and indeed was “the medium of exchange” especially among households in the rural agricultural communities. Simply put, the system of bartering involved the exchange of “things” for “things”. For example, if person/household “A” has an excess of corn, and person “B” has an excess of sweet potatoes but needs corn, and person A needs sweet potatoes, then this mutuality of needs would trigger the exchange system and the transfer of goods between the two, and would take place.

This form of exchange was dominant for many years and in fact existed alongside new forms of money, such as the British West India Dollar (BWee) and the East Caribbean Dollar (EC$), which gradually replaced the system of bartering and took dominance in the exchange loop.

In our English Caribbean region, money as we know it today (minted coins and paper, plastics and cards, customer compensation schemes, etc.) did not always exist. Formal attempts to introduce coin-based methods of valuing goods and services, and used as a medium of exchange, was initiated in 1704 by Queen Anne’s Proclamation, who introduced the gold standard to the West Indies, in basic coinage. There were 3 fundamental factors which converged to provide the catalysts, which gave rise to this proclamation:

Therefore by 1822, the British sterling coins were introduced into the United Kingdom.

In 1825, the British Government introduced the 1/4, 1/8 and 1/16 fractional “anchor dollars”. This was followed by a copper coin. That year also marked the first move to introduce the British sterling silver coinage to the British West Indies with an Imperial Order in Council. A second Imperial Order in Council was passed in 1838, 4 years following the act to abolish slavery, with a rating of EC$1 equal to 4 shillings, 2 pence.

1946 marked another significant event in the evolution of money in the Commonwealth Caribbean. In that year, a West Indian Currency Conference comprising of Barbados, British Guiana, and the Eastern Caribbean, formalised arrangements to introduce the British West Indian Dollar at a rate of £1 to equal EC$4.80. This fixed-rate conversion remained until the gold standard was abolished, and the Eastern Caribbean Dollar became pegged to the United States Dollar, at a fixed exchange rate of US$1 = EC$2.70, on 7 July 1976 (Wikipedia.org).

1965, marked a significant year for the evolution of money in the Eastern Caribbean area, when the BWIS was replaced by the East Caribbean Currency Authority (ECCA). The ECCA was established and, in 1968, Grenada, returned to the ECCA, since it has been using the Trinidad BWI since 1964.

What is A Central Bank Digital Currency (CBDC)?

The issue of cryptographic technology-based digital currency is much talked about today, especially in the Eastern Caribbean Currency Union, where we are about to experience the full-rollout of our own DXCD. The newness of this method of payment has not resolved the multiple definitions, of a CBDC, which is based on, cryptographic technology. However, I have no doubt that we are approaching a uniform or definitive definition. It is nevertheless possible to identify, CBDC, as “an electronic, fiat claim on a central bank that can be used to settle payments or as a store of value taxonomy defines a CBCC as an electronic form of central bank money that can be exchanged in a decentralised manner known as peer-to-peer, meaning that transactions occur directly between the payer and the payee without the need for a central intermediary.” (Meaning et al. 2017).

According to the Bank for International Settlement,

“The 2018 report by the Committee on Payments and Market Infrastructures (CPMI) and the Markets Committee (MC) defines CBDCs as new variants of central bank money different from physical cash or central bank reserve/settlement accounts. Based on four key properties, the CPMI-MC report provides taxonomy of money (“The money flower”) which delineates between two broad types of CBDC: general purpose and wholesale – with the former type coming in two varieties. The four key properties of money are: issuer (central bank or not); form (digital or physical); accessibility (widely or restricted); and technology. In terms of technology.”

More would be discussed on the taxonomy in future articles, but it is important to publish these taxonomies, in order to lay the foundations for better understanding of the broad topic, as we discuss this important topic.

This later definition will guide the analysis through the remainder of this and forthcoming articles.

In announcing the pilot project, Governor Timothy Antoine differentiated ours to-be- Eastern Caribbean Digital Currency (DXCD) from other forms of cryptocurrencies as thus:

“The pilot project will include a securely minted and released digital version of the East Caribbean dollar… this is not an academic exercise. DXCD will not only become the world’s first digital currency of legal tender to be released by the central bank on the blockchain, but this pilot project will also be deployed in real-time based on CBDC for the purpose of gradual public introduction,” said ECCB Governor Timothy N J Antoine.

Moreover, the Governor argues, that

“The development of a digital Eastern Caribbean Dollar using distributed ledger technology with a blockchain platform specifically designed for a safe and secure digital financial ecosystem. Essentially, [it] would be a proof of concept, designed to demonstrate the viability and functionality of the ECCB issuing Digital Eastern Caribbean Dollars.”

So fundamentally, the DXCD will exist alongside the current fiat (paper-polymer and coins) currency. Customers would have a choice in electing what portion of their money they are desirous of holding in fiat currency vs DXCD.

This would be a choice and would be determined by multiple factors, not least are the general acceptance and public confidence of the public in the use of the new method of payment, financial circumstances of the individual or business, the cost of internet services, the availability, rigidity and stability of the internet infrastructure. This latter factor will be the elephant in the room of this project its Achilles heel. 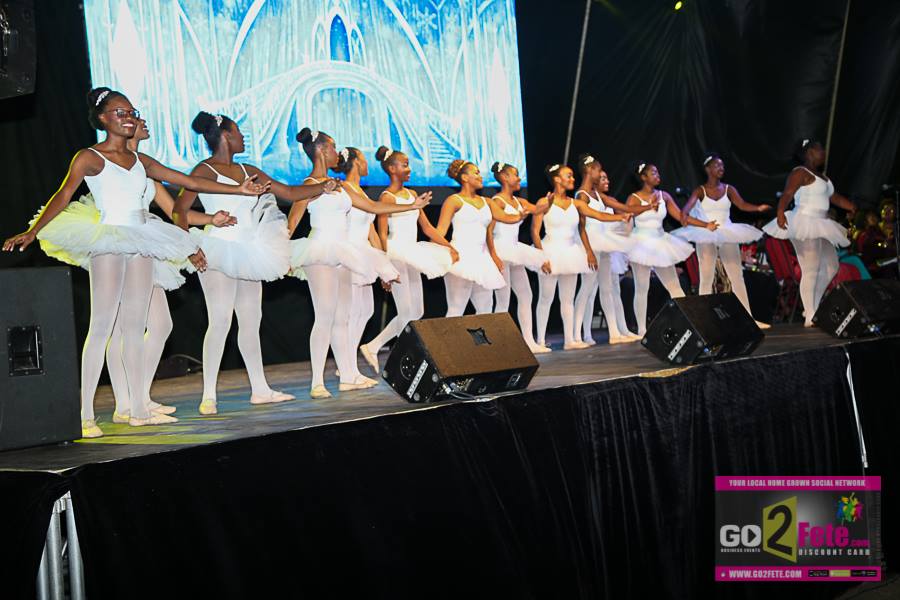