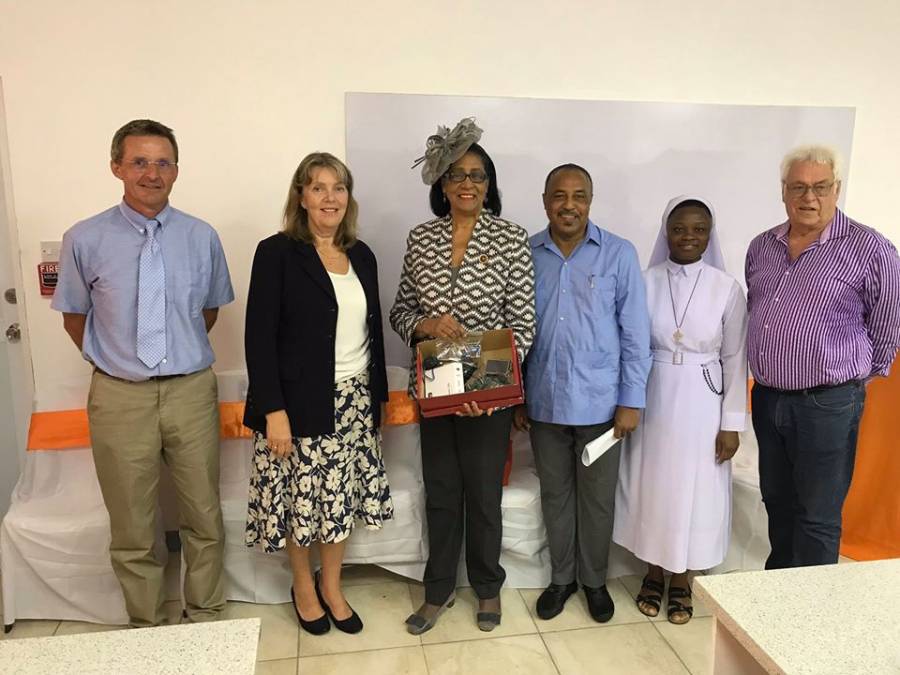 High Commissioner Freeman with recipients of the gifts
Share

11 years after closing its High Commission office, the United Kingdom Government will reopen an office in Grenada as part of an initiative aimed at rebuilding and strengthening its diplomatic presence with Commonwealth nations.

“This is all part of the UK Government’s initiative to strengthen our link with Commonwealth nations. We are forging new ties with our diplomatic presence,” said Wendy Freeman, the new resident High Commissioner who is already working on the island.

The small mission which will be in L’Anse aux Épines is scheduled to officially open its doors in late December 2019 or early January 2020. It will be engaging in all diplomatic responsibilities apart from issuing British passports and visas.

“These will not be processed here but will be done by the office in Barbados,” said Freeman who has already paid courtesy calls on Head of State, Governor-General Dame Cécile La Grenade and Prime Minister Dr Keith Mitchell.

Since her arrival in October, Freeman has engaged in several public duties including presentation of gifts to 4 educational institutions. She accompanied the Governor-General to hand over computers donated by British businessman Daniel Forster of KEYAV Ltd, to Concorde Government School, New Life Organisation (NEWLO), Paraclete Government School and St Joseph’s RC School.

“The contingent received a warm welcome from the schools’ principals and students, who were grateful for the boost in IT equipment,’ said a posting on the Barbados and OECS UK High Commission’s Facebook page.

In early November, Freeman attended a welcome reception for herself and three other new High Commissioners at the residence of the UK High Commissioner in Barbados, Her Excellency Janet Douglas.

“The opening of 3 new offices in Antigua and Barbuda, Grenada, and St Vincent and the Grenadines means that the UK now has the largest diplomatic network in the Eastern Caribbean. These new posts join our existing offices in Barbados and St Lucia, giving the UK physical representation in five of the seven countries covered by the Bridgetown and Eastern Caribbean network,” said a statement on the commission’s Facebook page.

The offices in the three islands were closed in 2008 as part of a move by the United Kingdom Government to restructure its diplomatic presence in the Eastern Caribbean.

Freeman said one of her priorities will be focusing on climate change. In September it was announced that the UK won the bid to host the 26th Conference of the Parties (COP) following a partnership with Italy. It will be held from 9-19 November 2020 in Glasgow, Scotland. The conference which will bring together more than 30,000 delegates is designed to produce an international response to the climate emergency. The UK will host the main COP summit while Italy will host preparatory events and a significant youth event, as part of the agreement. 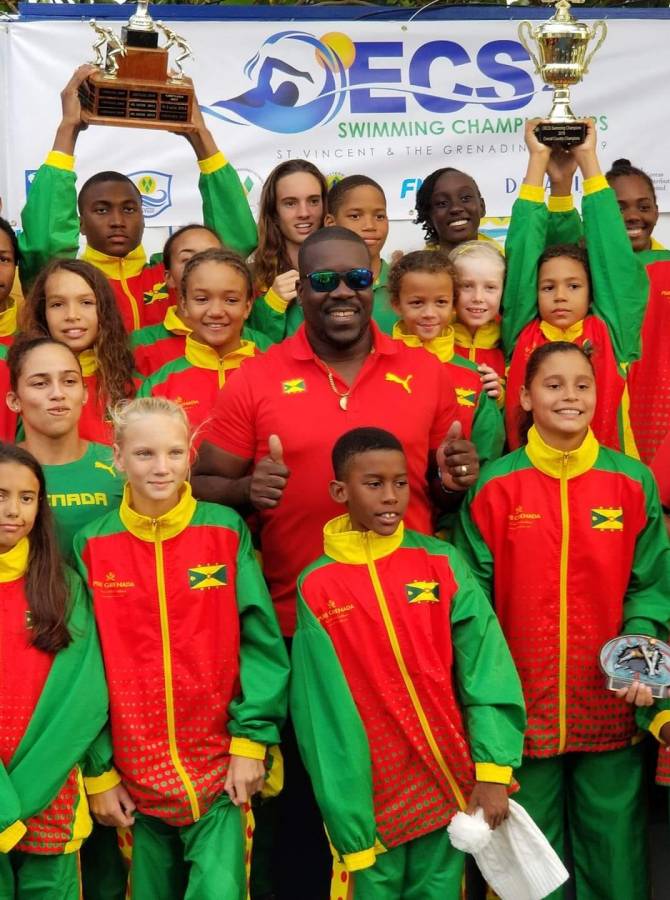