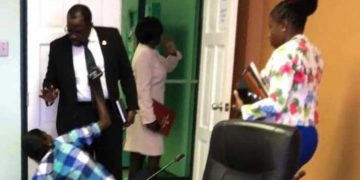 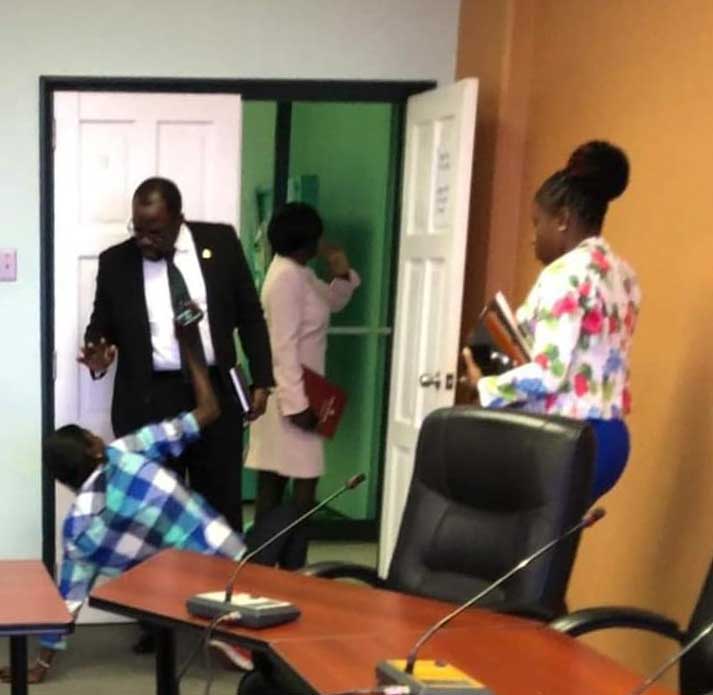 Almost three months after a journalist claimed that she was assaulted by a junior government minister, police in Grenada have charged the accused with assault following an investigation that involved questioning other journalists who were in the room when the incident is alleged to have occurred.

Police have confirmed the charging of Senator Winston Garraway a few days before the statute of limitation expires, but are yet to disclose the court date of his matter. He is accused by Calistra Farrier of pushing her, which caused her to fall to the floor in the Ministry of Works conference room after a weekly Tuesday morning post-cabinet news conference.

When contacted, Garraway, who is no longer serving as the Minister for Information said he does not wish to comment on the matter because it is before the court.

In her Facebook post hours after the incident, Farrier said that Dr Clarice Modeste-Curwen, who was the host minister on that day, was in the process of responding to a question from her when she was interrupted and instructed not to answer by Garraway, who was at the time serving as Minister for Information. “She appeared taken aback by the instruction and inquired as to whether the individual was sure he did not wish her to give a response, also giving assurances that she was prepared and capable of responding. The question pertained to a chopping incident in her parliamentary district of St Mark and I was seeking an answer from her as the member of parliament for the area, her primary function to the people,” Farrier wrote. “Dr Modeste-Curwen continued to delay her exit from the room, appearing to want to offer a comment on this very serious incident in her constituency. She was ushered out the door and the doorway was blocked to prevent my exit. I was pushed and fell to the floor. While on the floor I was subjected to deranged uttering about devils.”

Police confirmed that Farrier filed a report immediately after the incident and the matter was under investigation. President of the Media Workers Associations of Grenada (MWAG) was among several journalists in the room at the time and who were questioned by the police as part of the investigation before the file was handed over to the office of the Director of Public Prosecution. That office is responsible for filing all criminal charges against accused persons in the state.

In July 2018, a magistrate in St George’s threw out an assault and abusive language charge against Oswald Gilbert and Fabian Bowen, two men who allegedly committed the act against Farrier in March 2018. At the time she was using an electronic device to record an incident when she was asked to stop but failed to comply. She had failed to be present in the court for the scheduled hearing and as a result, the magistrate threw out the matter. The prosecution told the magistrate they had no excuse from the complainant. Farrier was in court when the matter was adjourned.

NOW Grenada is not responsible for the opinions, statements or media content presented by contributors. In case of abuse, click here to report.
Tags: assaultcalistra farrierclarice modeste curwenjournalistlinda strakerpolicestatute of limitationwinston garraway
Next Post

NDC statement on announced closure of business by Andall & Associates