This story was posted 3 years ago
in PRESS RELEASE
5 min. read

It is an accepted truth that corruption is damaging to the reputation of a country. It negatively affects direct local and foreign investment, thereby stultifying economic growth and sustainable development.

Corruption undermines democratic institutions, justice and the rule of law. Perhaps the most damaging aspect of corruption is that it hurts the poor and vulnerable more than any other sector of the economy. When our most vulnerable people are made to depend on corrupt politicians for economic and social support that should be delivered in an impartial, non-partisan way by government, then they become beholden to these politicians and feel that they must keep them in power. A vicious cycle of poverty and rampant corruption continues.

It is no secret that Mitchell’s long-lasting legacy will be that of corruption, which seems to follow him everywhere and bringing the country into disrepute. His legacy will also be one of being very efficient at winning elections but dismal at good, responsible, accountable, transparent government. He will be notoriously remembered for literally selling us out. From our prized real estate such as the Mt Hartman, Levera, Lagoon and Grand Anse Beach (Radisson) properties; to our oil and gas resources and our good name with the fiasco that was the offshore banking sector; and our birthright in the sale of our prized passports to conmen and fraudsters.

In 2001, we lost our special status of visa-free travel to Canada. This was as a direct consequence of the then Keith Mitchell government insisting on pursuing an Economic Citizenship Programme (much like the CBI), despite repeated warnings from the Canadians that undesirables were showing up at their borders with Grenadian passports. Criminals like Van Brink, Vicktor Kosyni and Eric Restiener ended up holding diplomatic Grenadian passports. Our reputation and financial services sector never recovered from that onslaught. Here we are again in 2019, embroiled in another international passport scandal.

Just before the 2018 elections, the organic shrimp farm project was launched in Victoria, St Mark amid much fanfare. In a sick twist of fate, it was to be located on the identical spot as the ill-fated chicken farm which did not produce a feather, despite US$6.9 million disappearing between 2003 and 2004. Grenadian taxpayers had to repay that money as it was a government-guaranteed loan.

Based on the information we now have, we know that it was not a genuine launch but “a big rah rah” because the elections were coming and government needed to announce something big. That is what Leo Ford, one of the men behind the project admitted in the Al Jazeera report. It seems to us in the NDC that this project was a sham all along. The many grandiose promises associated with the shrimp farm were never going to materialise, and the investors probably knew that from the beginning. The website for the farm promised 400 jobs but in the report, Leo Ford said it was going to be just 100.

Prime Minister Mitchell asked us to trust him on this one. He said these were good, legitimate people and that he too was an investor. He said this to encourage people to believe him, and they did especially since this was a CBI project and he is the CBI Minister. He is responsible for ensuring that crooks don’t end up with our passports or ruin our country’s reputation. Now it turns out, again, he has breached the people’s trust. According to the Al Jazeera report, someone has disappeared with US$18 million of investors’ money.

Our country’s reputation is not only dragged in the mud once more, but these investors can very well sue our government for their monies and once more, the taxpayers of this country will have to pay.

In February of this year, Mitchell promised an inquiry into this fiasco. Since then, we’ve heard absolutely nothing about this. We still do not know who the investigators are, if they did any work and what their findings were. This state of affairs is just untenable. Government must be accountable to the people. That is what good governance is all about.

Mitchell must remember that in the OECS and the wider Caribbean, Grenada has always been a leader. Mitchell is now a regional political elder who the younger Caribbean leaders will look to, especially given his success rate at the polls. Is this the kind of leadership we want to emulate to our Caribbean people? No wonder so many of the other younger leaders in the Eastern Caribbean are now being labelled as corrupt. They are emulating Mitchell!

The NDC calls on the Government of Grenada to conduct a public, transparent inquiry into this matter and to make all the findings available to the people. We must know who, if any, of our government and public officials were involved in what now looks like a scam. We must know, who among the principals are out there with our passports.

Finally, the NDC appreciates that there are many countries of the world that run clean, transparent CBI programmes. In fact, when we left office, we were in the process of engaging the same company that helps the Canadian government with their programme. Canada has one of the best and most respected programmes in the world. No country can run a proper CBI programme if the officials are corrupt.

NDC, therefore, demands that there be substantial changes to the CBI law now! These must include:

NOW Grenada is not responsible for the opinions, statements or media content presented by contributors. In case of abuse, click here to report.
Tags: al jazeeracitizenship by investmentcorruptionndc
Next Post 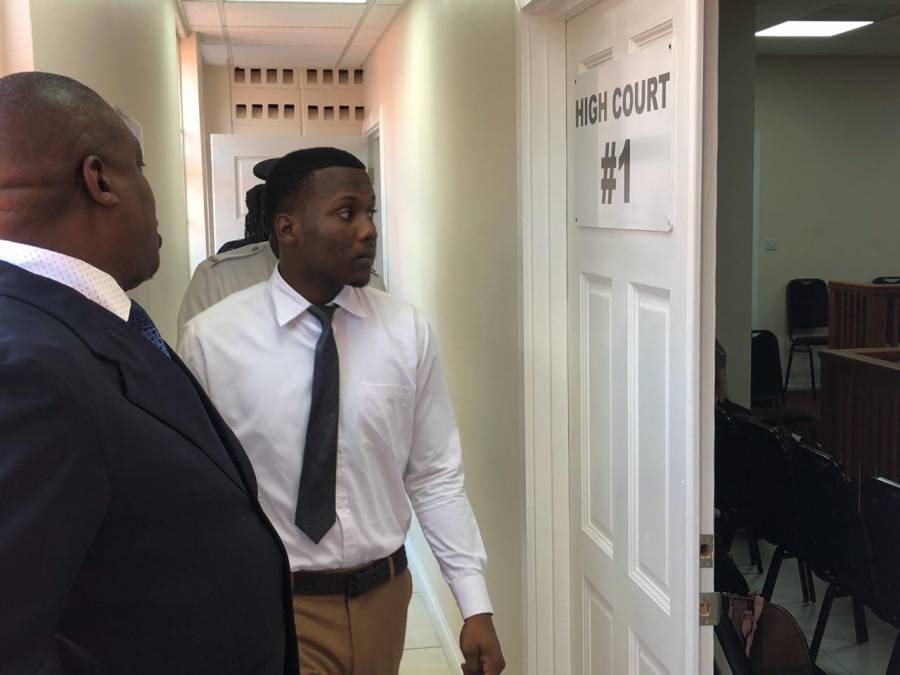