This story was posted 2 years ago
in Law, OPINION/COMMENTARY, Politics
7 min. read

A conspicuous area requiring serious electoral reform, relates to the ‘primary and exclusive’ constitutional use of the Voter Identification card, which is issued to an elector after registration in accordance with section 24 of the Representation of the People Act (RPA, Cap. 286A).

This need comes to the forefront more forcefully and pointedly with the questionable manner by which the 13 March 2018 General Elections were conducted, especially the low merit or the scant respect shown by the Parliamentary Elections Office (PEO) for the card, and with the resulting various concerns and sentiments, including those by overseas Elections Observer teams. Review the pertinent internet-circulated article, “Could Grenada’s 2018 voting be declared Unethical and Illegal?” which highlights some of the shocking revelations of constitutional and legal breaches, adverse to the reasonable expectations of the voting public and incongruent to the universal principles of democracy.

The current ‘electronic’ voter card seems to have been introduced without the sufficient thought and analysis, as well as without the proper institutional and legal arrangements. Regrettably; this card has also been allowed to be regarded, used and accepted as a ‘conveniently legal’ National Identification card for the conducting of personal businesses and receiving official services. Moreover, it appears that the pending inconvenience which the 31 January 2020 expiration of this ‘abused’ card would cause, is now set to be resolved with some illegal measures, unconstitutional rationales and improper motives. To rush or to force any amendment to the RPA (Cap. 286A). merely to facilitate, and / or to replace and re-issue voter identification cards in the manner and reason proclaimed in the press conference (https://www.nowgrenada.com/2020/01/new-voter-identification-cards-to-be-issued/ and https://www.facebook.com/NOWGrenada/videos/470151570325610/) would be ridiculous. Definitely; this situation would arouse questions with regard to any political strategy or manipulation being played, and as to whether or not the interest of the people (or some other entity) is being served.

It is difficult to understand why the PEO failed to sensitise the population on the issue of the expiry voter cards before now. This could have been done, at least at the occasion when it releases a public notice in October 2019, informing about the publication of the addendum to the current list of qualified electors for inspections, claims, corrections and objections, consistent with the statutory provisions for the continuous registration of electors and the continuous revision of the list. It would be sad to conclude that the PEO is haphazard in its operations. Interestingly though, irresponsibility is reflected when the PEO also failed to provide a reasonable schedule to accomplish a systematic re-issuance of the cards, without causing much confusion and complaint. Thus, for example, six months could have been anticipated and advised as a workable window to concentrate on administering the issue, on the basis of batches of electors alphabetically. Indeed, with the plans on amending the principal act (RPA, Cap. 286A) to avoid recurrence of this disgusting situation; the workable window follows the proposed six months prior to the date of the expiration of the card, for an elector to apply for its renewal.

The proposed amendments to Cap.286A should also provide for a reasonable time for a qualified elector to receive a voter card when duly registered, and a renewal/re-issuance when duly applied. Despite the principal act is silent on this, on 1 February 2020 every elector should be able to successfully challenge in the law court, the negligence of the PEO to ensure possession of or to present a valid card. As questioned in the referred-to article above: “Is a duly registered elector legally mandated for, or entitled to, the card; and thus can such a person take legal action when the card is not issued to him or her, and/or when the opportunity is not given to honour the issuance of the card for the implied or intended purpose?” The expired Voter Identification Card must not be seen only as a transactional or financial concern, but of having constitutional consequence. Ambiguity, defect or silence in law is always used to perpetuate abuses. Particularly; there are inadequate regulations, if any exist, to the RPA, and this needs to be attended to as an imperative priority, which should also respond to the outrageous act of having the names of deceased persons on the official final list of electors.

It would once again be deceitful and disadvantageous as was the case during the March 2018 elections, for the PEO to cause the people to believe and to comply blindly with the decision for confronting a “secondary challenge” posed by the continued possession of their expired voter cards. Any claim or any signal of having the financial institutions requiring or expecting or calling on the PEO to address the expired card would be hogwash and unbecoming. Advancing that administrative and security reasons matter for an urgent attention to the awkwardness and predicament with the expired cards should also be directed to the moral and statutory need for the PEO to have the enumeration of qualified electors; enumeration would assist to purge, update and verify the list of electors. In fact; in accordance with section 110A of the principal act, “the enumeration period prescribed shall also be used to allow for the establishment of a new registration process, which will facilitate the computerised voter registration system.” Clarity on replacing enumeration with re-registration is necessary.

When was the last enumeration exercise held in Grenada? Wasn’t there a National Identification Card issued and used in the past; but what has caused its replacement or its abandonment? Is the software system developed for the production of the voter card different, or separate and apart, from the computerised voter registration system as is stipulated and regulated by RPA? To what extent must the ‘voter card software system’, and/or the computerised voter registration system be supported or maintained; could the software be changed and any glitch corrected? What are the ‘confidentiality and safety’ regulations established for a private Software System contractor to have access to the database of the voter registration system and other pertinent electoral operations? Moreover; what is the guarantee that the computer system is not exposed to or connected with external agencies such as the ‘renowned’ Cambridge Analytica/SCL Group, formerly Strategic Communication Laboratories (https://en.wikipedia.org/wiki/Cambridge_Analytica) / (https://en.wikipedia.org/wiki/SCL_Group)?

Considering that a general election is not constitutionally due until 2023, that Grenada has not experienced an enumeration list of electors in the past many years and considering the cries of the people for addressing the many outstanding recommendations for genuine electoral reform, including an explicit mandate for the presentation of the voter identification card during an election; then it would be a travesty to embark on a procedure to give legal teeth for dealing with the expiry cards, ‘solely as priority’ on the grounds to solve a “secondary challenge” and to meet a “secondary purpose.” The six-month workable window opined for attending to the expiry card could also be used to consult and debate further, all the pertinent areas for electoral reform, including improving the voting process for persons with disabilities, for parliament’s approval.

Every citizen (including social partners, churches and civic organisations) should be keen to ensure that a holistic approach be taken for electoral reform; a piecemeal mode on such a critical case is about ‘buying time and causing more hurt.’ Particularly though; the main opposition political party, National Democratic Congress (NDC) should demonstrate ‘vigilant and proactive’ leadership in raising and upholding the banner for the credibility of the electoral mechanism. The NDC cannot afford to reserve itself, and/or to rely on quietly cooperating with institutional meetings, but it must vigorously agitate for genuine reforms and for the protection of constitutional democratic tenets. In fact; for any party to wait on the verge of elections, or on the announcement for elections in order to start ‘making noise and crying foul’ on governance issues would be foolish. Moreover; it would be futile for the party to contemplate boycotting the elections, or contesting legally the results of the elections.

NOW Grenada is not responsible for the opinions, statements or media content presented by contributors. In case of abuse, click here to report.
Tags: jk robertsrepresentation of the people actvoter idvoter identification card
Next Post 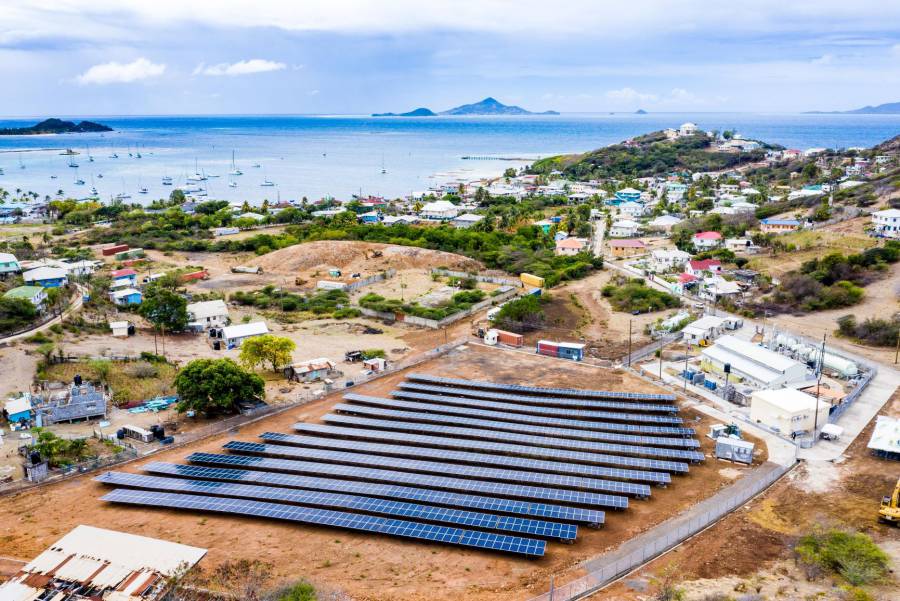